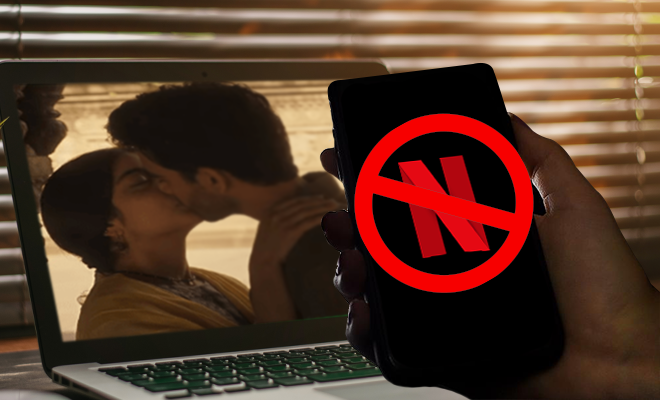 Moral Police Now Wants Us To Boycott Netflix Over ‘A Suitable Boy’. Can Y’all Just Stop Telling Us What To Do?

When we were kids and we wanted to stay past bedtime to watch TV, parents always told us, “Abhi hamari sunn lo aur so jaao, baad mein toh khud ki hi karni hai tumhein!” This technically implied that once you grow up, you know better. And it made sense, right? You’d get the right to vote, you could marry, you’d have gained enough experience that you could even lead a whole country! So it makes sense that as adults, we could watch what we wanted, when we wanted. Turns out, major sham. Because now the government and DP-less Twitter accounts want to tell us what to do. From boycotting movies and OTT platforms, changing names of things and even who to love and what substance to consume, suddenly everything needs to be controlled. For now, it is outrage over a kissing scene in A Suitable Boy on Netflix. Why? Because it shows the inter-faith couple, a Hindu girl and a Muslim boy, kissing in a temple premise.

Naturally, after successfully getting the jewellery brand Tanishq to take back its ad that sent a beautiful message of interfaith marriage, these Twitter crusaders were scavenging for their next target. Which is why, a show that dropped on Netflix India last month, and has been airing on BBC since August, suddenly became an issue for them. Slow news day, eh guys?

The scene in question is between A Suitable Boy leads Tanya Mankatala, who plays the protagonist Lata, and Danesh Razvi, who plays her lover Kabir Durrani. They’re college sweethearts, meeting in secret all over the fictional university town of Brahmpur. And some of their rendezvous scenes are in what looks like the courtyard of a temple, on the banks of a river, hiding in plain sight.

What added fuel to the fire was that just like Kabir’s last name triggered Lata’s mom in the series, there were some offended parties who were also triggered by the series showcasing a Hindu-Muslim love story. It doesn’t matter that Lata ends up not marrying Kabir, but a good Hindu boy who’s good enough for her precocious mother. It’s apparently not enough for those already on edge over BJP-ruling states like Madhya Pradesh, Uttar Pradesh, and Haryana expressing concerns over ‘rising’ love jihad cases, and assuring that they’ll come up with necessary laws to subdue them.

Also Read: A Suitable Boy Review: Mira Nair’s Immersive Adaptation Proves Not Much Has Changed For India Or Its Women

A BJP youth leader called Gaurav Tiwari has managed to lodge an FIR in Rewa against the makers of the series for shooting kissing scenes in a temple. In addition, Madhya Pradesh Home Minister Dr. Narottam Mishra has asked cops to look into these “highly objectionable scenes” in A Suitable Boy which “hurt religious sentiments”.

Finally My FIR against Netflix has been filed under section 295 (A) on Monica Shergill (VP Content) & Ambika Khurana (DPR, Netflix) over shooting kissing scenes under temple premises in ‘A Suitable Boy’ series.

But that’s not enough na. So naturally, the only sane thing to do is to trend #BoycottNetflix on Twitter, and ask everyone to uninstall the app from their phones, as Tiwari has done.

Okay, I have a question. I thought, God’s everywhere, isn’t he? I’ve read my Bhagvad Gita, where he says he’s in every particle, every fibre of every being. There’s even a Ghalib sher about the omnipresence of God, that goes “Jaahid sharab peene masjid mein baithkar, ya woh jagah bata jahan khuda nahi!” For argument’s sake, if God’s everywhere, then kissing anywhere is impossible, whether it is a public place, a temple, or a bedroom! In a country like India, where homes are so gosh darn tiny and there are families of ten crammed in one-room hovels, do you think there’s anything separating temples and private rooms? Forget all of it? What about Khajuraho temples? Ajanta Ellora caves? Our very own history celebrates sexuality and carnal pleasure and insists that we partake in it, heck, even guides us to maximise it!

How exactly is a couple very much in love expressing that love in a temple courtyard hurting your religious sentiments? In the name of God and religion, there are hundreds and thousands of fake godmen duping people, molesting women and abusing children in or around places of worship. And that, we’re completely okay to let slide, and allow their court proceedings to last forever! But OMG, a couple kissing in a temple verandah in a fictional show? Sacrilege.

And before the smart ones chime in with “Try doing this in other religions’ place of worship and see the backlash….” NO SIR, that is not a valid argument. You’re not supposed to drop your standards in comparison, you’re supposed to raise them. Be better. Religions teach tolerance, not jumping every time your ego is prodded.

So can we shush with the moral policing over every tiny little thing, already. Please?

Religious sentiments hurting is not exactly a news flash today. Our ‘sentiments’ have become so fragile that even a blowing a flying kiss will collapse them like a castle made of playing cards. A Suitable Boy and Netflix are not its first victims. It started with Padmavat, this catering to the whims and fancies of a religious sect and their views, and since then, anyone with enough clout of Twitter (or money) and political pull can launch campaigns to get things banned or boycotted or changed. Laxmmi Bomb became Laxmii. Deepika Padukone got beheading threats. They screamed to boycott Mirzapur 2 over something Ali Fazal said or did. And even Bhumi Pednekar’s Durgavati has now been preemptively renamed to Durgamati, lest another bunch wake up and allege it ‘hurts their sentiments’.

But here’s the thing. Why so much tiptoeing around? Can the moral police just stop telling us—grown-ups, legal adults, and citizens of sane mind—what to do? Who died and made you in charge or our sensibilities? Who gives you the right to tell us what we can and cannot watch? It’s a democracy (currently), is it not? Did you ask us if we were offended by this? Do we want to boycott Netflix? Are OTT platforms just one movie or one show or one scene? What about the millions of other things that we can now watch on them that have absolutely nothing wrong with them at all?

I have this burning question about all these Twitter warriors who tweet in this ridiculous trends for bans and boycotts. Who went and checked if these people had practiced what they preached and uninstalled the app themselves? They could very well be watching Ludo on Netflix, and enjoying Pankaj Tripathi singing “Oh betaji” while tweeting from their phones to #BoycottNetflix! Akshay Kumar starrer Laxmii reportedly broke some record for biggest opening weekend. But so many people claimed it “hurt their religious sentiments with the name”. So how did the record breaking happen when all these people boycotted the film? Is any one party lying here?

Already, OTT platforms are being brought under the ambit of the I&B Ministry, which means the shadow of unwarranted censorship threatens to descend dark on your favourite content. Add to that these self-proclaimed gatekeepers of our morals who claim to know what hurts and what upholds our sentiments, and I assure you, creativity is going to stifled to death. Not to mention, the sheer condescension that emanates from this, where a bunch of people are telling us that they know better about what we’d like and not like.

A court case on A Suitable Boy and its scenes in question makes absolutely no sense. It’s in fact an utter waste or time and money, because more than half the world has already seen it, screenshotted it and doesn’t care about it. The best you’ll manage is be in the news for some time, manage to get Netflix to edit that scene out? And yet, by doing this, you’ll immortalise it forever in history as the scene that caught the headlines, and thus made the show famous. People, when the can’t find it by the usual means, will try other methods to check it out. The forbidden fruit tastes sweetest, so does the forbidden kiss. Controversies have a longer shelf life, after all!

Come on, people. Drop this already. Don’t the cops and the judiciary have bigger fish to fry than reprimanding people for kissing? Also, moral police, please back off and…

Also Read: #BoycottTanishq Trends Again As Another Ad Promoting Cracker-Free Diwali Faces Backlash. Again, We Don’t See Why This Was A Problem