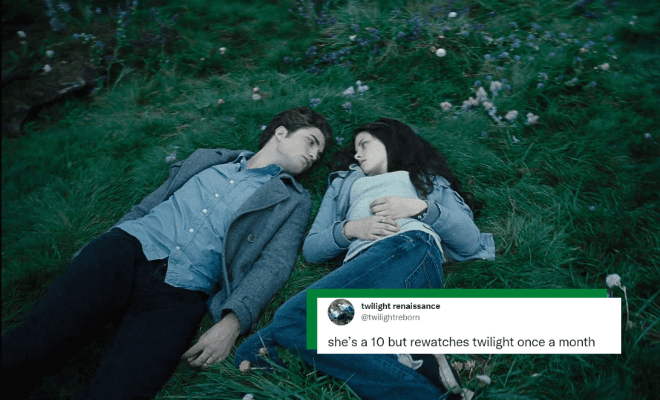 Have you ever been on one of those dates where everything about the person seems great but there will be one thing that you simply cannot ignore? I remember going out with a guy once and he was one of the nicest guys I’d met. BUT he had this annoying tendency of constantly interrupting me while I was speaking which irked me so much that I never called him back. And as the internet does, this collective misery that we all go through has been turned into a meme where people are talking about people who are “a 10” but have that one thing about them which is amiss.

And as I have already mentioned, I truly believe that memes are simply the language of the youth. Literally, any form of tragedy or collective trauma that we can all relate to turns into a meme. Moreover, anything happening in pop culture is memeified to an extent that you can’t help but notice the drama. Look at what happened with the Amber Heard and Johnny Depp case. So as usual, let’s take a look at the new meme format that Twitter has adopted and check out people’s deal breakers,

she’s a 10 but she has no money and no prospects. she’s already a burden to her parents. and she’s frightened.

she’s a 10 but rewatches twilight once a month pic.twitter.com/zgd7jo4G9R

Ayyy, these insecurities are valid!

Ah… to live the dream…

Do you hear that? That’s the sound of all my exes getting defensive

Also Read: Fake TikTok Video Claims Zendaya Is Pregnant And Twitter Is Flooded With Hilarious Memes. What A Stupid Prank!

he’s a 10 but he doesn’t know how to do his taxes pic.twitter.com/FvfMrYYx9E

Okay, another personal attack I didn’t ask for

The way Osamu Miya has my whole heart

he’s a 10 but he’s fictional pic.twitter.com/rkKlnZm9jx

Also Read: Kendall Jenner And Devin Booker Call It Quits After Dating For 2 Years, But There’s Some Hope Of Them Getting Back Together

he’s a 10 but he fell in love with the metalhead drug dealer he made fun of in high school pic.twitter.com/dp1r3GFmYZ

Some of us are bad at showing emotions!

OKAY, the Haikyu!! memes are the best part of my day today. I can’t with this KageHina moment!

he’s a 10 but he’s already dating the 9 pic.twitter.com/1vvAu2whqE

he’s a 10 but walks on the heel of his shoes pic.twitter.com/0XFSPiBnUa

she’s a 10 but she’s living for the hope of it all and cancelling her plans in case you call.

She’s a 10 because she sent her boyfriend through a time door to keep him safe before killing “He Who Remains” and opening the multiverse#Loki #Sylvie pic.twitter.com/Xb4qVb5JU8

While the “She’s/He’s a 10 but…” trend was extremely fun and a great start to my day, I loved all the anime references on Twitter. The weebs sure ate this one up and so did I!