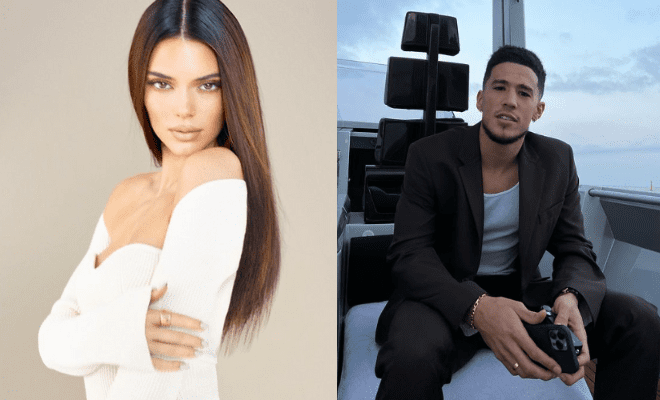 Kendall Jenner And Devin Booker Call It Quits After Dating For 2 Years, But There’s Some Hope Of Them Getting Back Together

Honestly speaking I have lost faith in celebrity couples, especially those from the west. This is because within a couple of years or so of them getting together, we hear news of them parting ways. The most recent celebrity couple who has broken up is Kendall Jenner and Devin Booker. The couple was dating for two years now and has now split up.

As per a report by E Online, a source close to Kendall has confirmed the news of their break-up. They also revealed that Kendall and Devin were experiencing relationship problems which caused them to ‘hit a rough patch’ which led them to break up. It has also been reported that it has been a week and a half since the former couple split up.

The news comes as surprise to many as the couple was seen together at Kourtney Kardashian’s wedding in Italy which made a lot of people wonder what went wrong. The source has also responded to this by saying that after Kendall and Devin came back from Italy after the wedding, they started to feel like they did not ‘align’ anymore and also that they had ‘very different lifestyles’.

The Kardashians‘ star told Devin that she wanted some ‘space and time’ but they have been keeping in touch and still do care about one another. The source also went on to state that Kendall and Devin have not split up permanently and they might come back together again.

Also read: Kendall Jenner Says Her Mom Kris Jenner Nags Her About Embracing Motherhood Through Random Texts. All Parents Are The Same, Aren’t They?

The now-former couple began dating in June 2022 and Kendall made their relationship Insta-official by sharing a picture with Devin on Valentine’s Day in 2021.