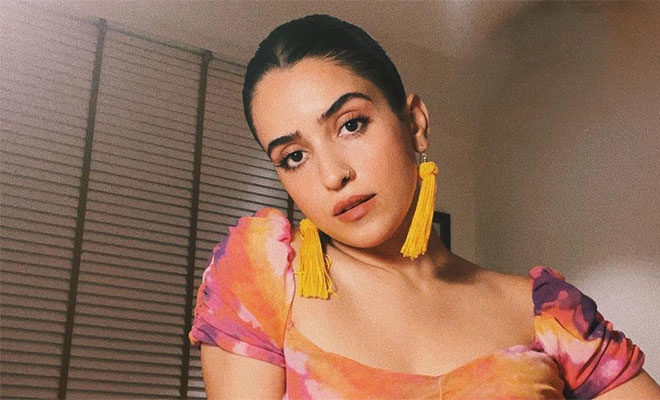 We have this pervasive idea that a breakup is not that big of a deal, you just have to move on from that person and the relationship. Quite simple, right? But breakups can be quite a big deal emotionally. So, you have to take care of your mental health too and not just the broken heart like Sanya Malhotra did. Recently, Sanya Malhotra revealed how ending her long-distance relationship gave her time to take care of herself and her mental health.

The Meenakshi Sundareshwar actress revealed in an interview that she started working on her mental health after she ended her four-year-old long-distance relationship. This breakup happened just before the lockdown, which gave her a lot of time to understand herself. Sanya revealed that her perspective of love and relationship has evolved and her focus has shifted to ‘me, myself and I’, she was quoted saying. She is having a really nice time discovering herself better and thinks that when you are in a relationship, your attention gets divided. But now she is 29, single and knows herself pretty well. Isn’t that amazing? Because to love someone, you have to know someone, and you cannot love another if you can’t know and love yourself first.

When talking about her last breakup, the Pagglait actress mentioned that it was “heart-wrenching” for her. She believes that breakups are hard for everyone. She used to live in Delhi when the relationship began and the lockdown was imposed when the relationship ended, she was living alone in Mumbai at that time. Sanya took her time to analyse the whole situation and tried to find out why the relationship did not work out.

Sanya Malhotra described the year 2020 as a good year for her because it was healing time for her. She stressed the value of communication when one is in a long-distance relationship. She remembered that when she and her former partner got to spend time together, they always tried to have a good time.

Also Read: Actress Sanya Malhotra Says She Is Single And Ready To Get Married

Meenakshi Sundareshwar, her recent film also starring Abhimanyu Dassani, revolves around a long-distance marriage. She shared that the movie came as divine timing for her.  Sanya’s next project is HIT: The First Case, starring Rajkummar Rao and crime-thriller Love Hostel.