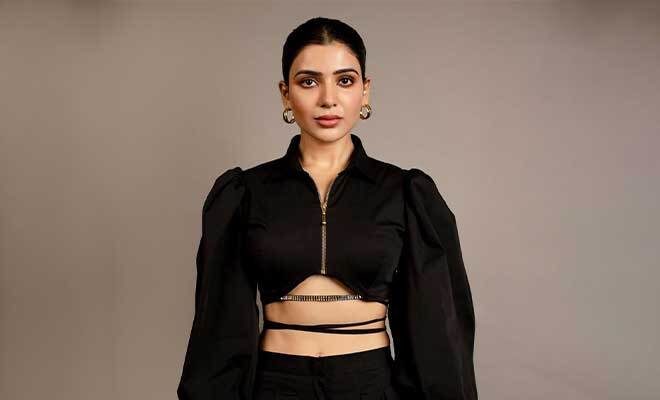 Samantha Ruth Prabhu Recalls Her Issues With Mental Health, Says “It Is Difficult To Speak Out About Problems During Depression”

Celebrities time and again have been open about the struggles behind the on-screen glam. While a handful of them unravel about their journey with mental well-being, the dialogue on the importance of striking that balance often boosts their fans to practice the same in their personal life. And now opening up about her struggles, actress Samantha Ruth Prabhu has added her name to the list of stars who are educating their fans about mental health.

Recently, the actress was invited as the chief guest for the launch of the ‘Psychiatry at your doorstep’ initiative by Roshni Trust and Datla Foundation, and the actress took the centre stage to discuss her journey with mental well-being. She said, “There should be no inhibitions about seeking help when you are mentally disturbed. In my case, I was able to overcome my mental health issues only with the help of my counsellors and friends. Like how we go to a doctor for physical injuries we also should consult doctors if our heart gets hurt. If I am successful for the next part of my life, it is not because I was strong. But it is because many people around me helped me to be strong. A lot of people are spending a lot of time and effort to help. It’s time for all of us to do our bit as well.”

Furthermore, she added, “It is very difficult to speak out about one’s problems during the depression. No one’s life is perfect, I know this pretty well. Since I am on social media, I have been through this personally, now I am strong.”

ALSO READ: “I Remember Crumbling And Being Sad”: Samantha Ruth Prabhu On Separation From Naga Chaitanya

And as she deals with some testing times in her personal life, post-separation from actor Naga Chaitanya, after four years of marriage, the Telugu star, has never shied away from discussions that put a spotlight on her personal struggles. Being open and unfiltered about the same, the actress has time and again revealed instances that made her realise her inner strength, amid the difficult patch in her life.

On the work front, Samantha Ruth Prabhu made her debut in the Hindi industry with the web show, The Family Man Season 2. Apart from this, she will next be seen in films including Shaakuntalam, and Philip John’s Arrangements of Love.