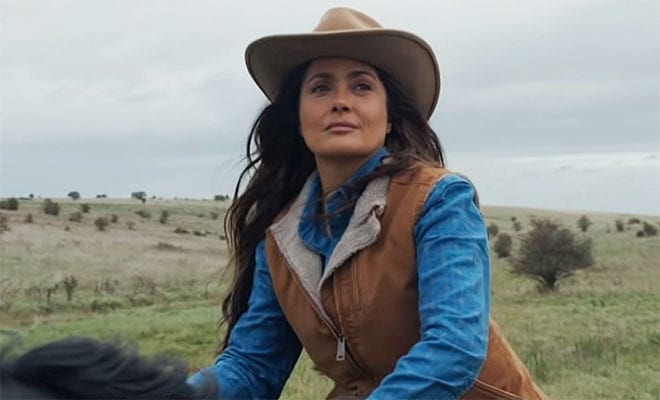 Last year, when COVID-19 struck, it was still a relatively unknown enemy than it is now. Many people hid the fact that they tested positive and some even chose to quietly quarantine at home, or complete their recuperation at home or in a hospital in utmost secrecy. Perhaps it was the news of Tom Hanks and wife Rita Wilson contracting COVID that shook many people enough to realise that it was indeed something serious and could happen to anyone. Now, more celebs are coming forth with their current or past trysts with COVID, and one such Hollywood actor is The Hitman’s Wife’s Bodyguard actor Salma Hayek Pinault, who revealed as having had a near-fatal tryst with the virus.

The actor, who will soon be seen in Chloé Zhao directed Marvel’s Eternals, where she plays Ajak, the leader of the Eternals, did an interview with Variety where she spoke about her upcoming projects. And that’s when she also opened up how early in the pandemic, she had a serious run-in with COVID but refused to go to the hospital. Instead, she chose to quarantine herself for seven weeks in a room in her London home that she shares with French businessman and Kering CEO François-Henri Pinault and 13-year-old daughter, Valentina.

Salma Hayek told Variety, “My doctor begged me to go to the hospital because it was so bad. I said, ‘No, thank you. I’d rather die at home.’” She also revealed that at one point it got bad enough that she had to be put on oxygen. And even now, after all the time the has passed since her recovery, she still doesn’t feel like she has the same energy that she had before. 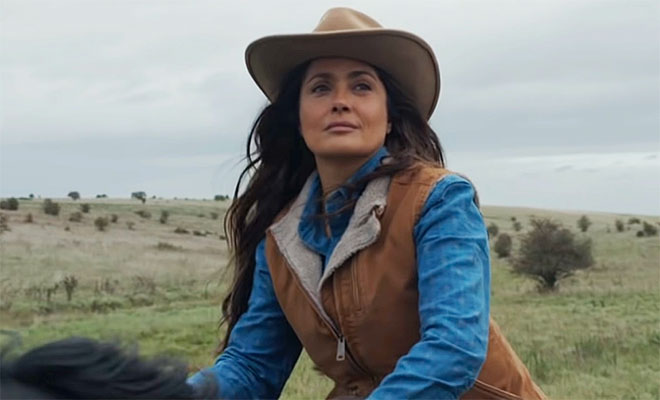 Clearly, this is an option that many a rich and famous have opted for. Not only do they have big enough homes that every member of the house can self-isolate without discomfort to other family members, but they also can afford the best medical care at home. It’s understandable why the 54-year-old actor’s doctor wanted her to go to the hospital. Just as this second wave is worse for the younger people, you’ll remember that the first wave was infecting more of the older population. So if you were 50 and above, it was advisable, in case of moderate to severe symptoms, or dropping oxygen levels, to get yourself checked into a hospital.

Many people who contracted the virus last year have reported that they haven’t yet gotten their old energy levels back even now, and something has definitely changed in them fundamentally post COVID.

Salma Hayek said that while she was only doing fee Zoom calls for some time because she would get easily tired, she finally felt well enough to return to work in April. She returned to work to shoot for Ridley Scott’s House Of Gucci, where she plays a clairvoyant who helps Patrizia Reggiani, played by Lady Gaga, to kill her ex-husband and the heir to the Gucci fashion empire, Maurizio Gucci, played by Adam Driver.

Remember this photo of Gaga and Driver breaking the internet? Yep, that film!

While both House Of Gucci and Eternals are still stewing, we’ll get to see Salma Hayek on screen in June, in The Hitman’s Wife’s Bodyguard, which is the sequel to The Hitman’s Bodyguard, starring Ryan Reynolds and Samuel L. Jackson. Hayek appeared in a barely 2-minute role in the first film too, as Sonia Kincaid, Jackson’s character’s wife. However, as the title suggests, this sequel, is going to be about her, and her role has been substantially expanded for it.

Let’s hope Salma Hayek gets all that energy back. And for the rest of you, if you detect the symptoms come on intense, maybe just get yourself admitted to the hospital, ‘kay?