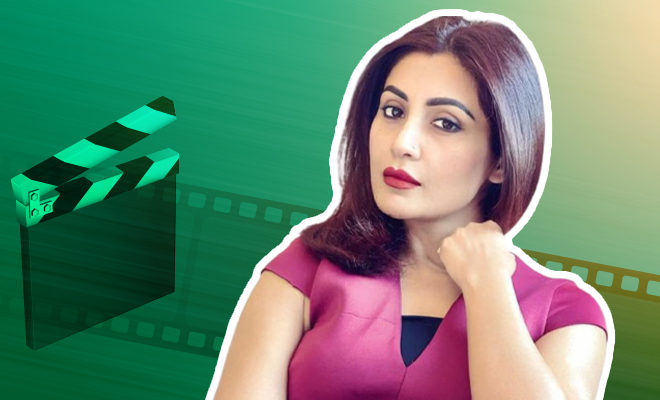 The film industry is a vain, vain place and not all its member are cool with speaking the blunt honest truth, if it means admitting their own failures. However, some, like actor Rimi Sen, don’t mind admitting that their career didn’t exactly pan out like they hoped it would, probably due to some mistakes on their part and bad timing. The Dhoom actor and former Bigg Boss contestant hasn’t had much success in Bollywood. And while we normally see most actors prefer to hype up their roles, Rimi is frank enough to call them what they were.

In an recent interview with The Indian Express, the actor said that she didn’t get much to do in the male-dominated film industry back when she was working actively. What’s more, she felt they were very one-dimensional roles.

“I feel I wasn’t even deserving of what I got. I did a lot of music videos. I did a commercial with Aamir Khan. Then I signed Hungama. So it was all luck for me. But I was getting only comedy films. I did Dhoom, Phir Hera Pheri, Hungama, Golmaal and I had the role of furniture in all of them. At that time the film industry was male-dominated.”

Movie buffs will remember Rimi Sen in other films, like Johnny Gaddar and Shagrid. However, Rimi acknowledged that while the films were great, they didn’t do so well where it really mattered—the Box Office. She might’ve pretty much quit the industry then, demotivated by all of this. However, she now wishes she had stayed on and tried for a bit longer, because clutter-breaking directors were just beginning to shake things up in Bollywood.

“When I left the industry, amazing directors like Sriram Raghavan, Shoojit Sircar, Neeraj Pandey, Tigmanshu Dhulia and Dibakar Banerjee were starting off. I did movies like Johnny Gaddaar and Shagird with some of them, but those kinds of films didn’t work at the box office then. So that option eventually closed for me. I feel if I had fought for 3-4 more years, I might have succeeded. My only fault is I failed to wait and didn’t agree to struggle. If I had, I would’ve got to work with more directors and the scenario would’ve changed. Now when I watch my films after 10 years, I realise what have I achieved? Nothing.”

Also Read: Prachi Desai Loves Her Independence Too Much To Marry Some Who Isn’t Perfect For Her. Kasam Se, This Is Ekdum Correct!

That does sound heartbreaking when you realise that Rimi Sen is quite the known face from some of our all-time favourite movies, but doesn’t really think she has achieved much in her career. However, it’s not all negative. Rimi went not to say that her hopes have now risen, thanks to OTT platforms finally making content the king.

Furthermore, it is her stint on Bigg Boss Season 9 that seems to have, rather unexpectedly, given Rimi Sen a whole new perspective on her career. Rimi was one of the highest paid actors on the show that season, and she admits that the appeal to do the show was purely money at first. However, being in that house changed the way she thought. She claims it was almost therapeutic for her!

“When I signed that show, I thought it’s a useless show where all people do is shout and fight for coffee for three months. I was getting good money, so I agreed to do it. It was like a paid holiday. But when I entered that house, I realised the way they play with your psychology. That isn’t shown to anyone. All you see are tasks and people bad-mouthing each other. I don’t fight because that isn’t a solution for me. Also when they frustrate you with the tasks at 3 in the night, with food restrictions, the bad side of anyone will get unleashed. It was like a rehab for me, where all I had to do was meditate and wash utensils. That show really helps in discovering yourself. Bigg Boss gave me maturity.”

Wow, that is something, isn’t it? I’ve heard celebs complain and criticise the show. But rarely has someone said they consider their Bigg Boss stint akin to rehab and self-discovery! Well, I say, good for Rimi. We hope the actor gets more opportunities through OTT and Bollywood that don’t make her feel like furniture and help her finally build a career that she can be proud of. Dhoom machaale, Rimi!

Kriti Kharbanda Says It Takes B*lls To Turn Down Roles Because Rejection Might Hurt Egos. Sigh, She’s Got That Right!