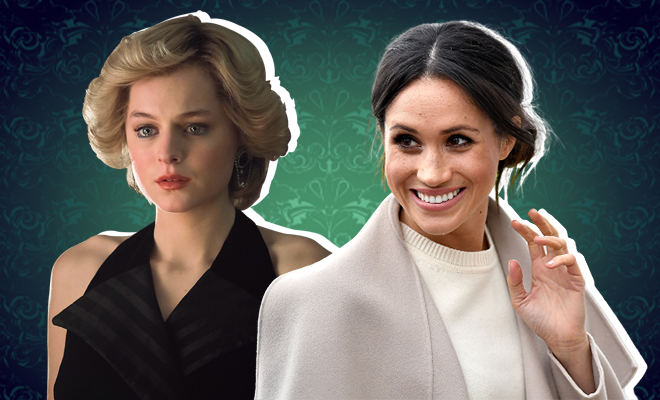 The Crown on Netflix is one of the most perfectly crafted shows I’ve seen. From its casting, direction, cinematography, costumes and production to its gripping storytelling. The latter, I think I especially commend, since it cannot be easy to balance truth with fiction, and select what parts of this all-too known story of the British Royal Family do they want to tell. Which political incidents do they want to highlight? And which personal stories, moments, and emotions they want to juxtapose next to it? While the show obviously centers around Queen Elizabeth II, in The Crown Season 4 the story focuses more on Lady Diana, Princess of Wales, and British Prime Minister Margaret Thatcher. Show creator Peter Morgan has confirmed, Season 5 will be the final one. Which means those expecting to see the stories of Prince William, Kate Middleton, the Duchess of Cambridge, Prince Harry or Meghan Markle, the Duchess of Sussex, will be sadly disappointed. Then again, it makes me glad because don’t their lives already have enough scrutiny?

The series has made it a point to age its cast every two seasons. This means a whole new set of actors are cast to those same roles. And so far, it has done a phenomenal job with it. Sure, I were sad to see Claire Foy, Matt Smith, Vanessa Kirby and others go. But Season 3 with the older cast just took things a notch higher. In its recently released Season 4, The Crown returns with the main cast of Season 3—Olivia Colman as Queen Elizabeth II, Tobias Menzies as Prince Philip, Helena Bonham Carter as Princess Margaret, and Josh O’Connor as Prince Charles, amongst others. And it introduces two highly anticipated characters, that of Princess Diana, played by Emma Corrin, and the then British Prime Minister and Iron Lady, Margaret Thatcher, played by Gillian Anderson., both of whom have done an incredible job of bringing this historic personalities to life.

But let’s talk about Princess Diana, shall we? I remember being eager to watch this new season for her arrival. I was so young when she passed away. But I had relatives living in London who had brought me, as a souvenir, one of those celebratory gifting items that were created to mark the Prince of Wales’ wedding to Lady Diana Spencer. And eventually, having watched videos and movies about her, read about how her death was mourned deeply by people, and even visited the tunnel in Paris where she met with that tragic accident, there’s always been a certain curiosity to know about her life. She was beautiful, and popular, and mysterious at the same time.

But one thing that always came through from all the stories about her was that Princess Diana had a tragic life behind the fairytale that was sold to the public. To watch her old footage, or read her books about her, is to know the profound sadness that she was reportedly shrouded in, as she had to live a life that was so claustrophobic and lonely. This feeling intensifies when you watch The Crown Season 4, which showcases her short courtship with Prince Charles, touches on their fairytale wedding, and then delves deeper into her failed marriage, eating disorder, and the struggle with loneliness. Especially, when you see how she gets turned away every time she tries to talk to the Queen about her emotional condition. And how she is belittled by Charles and treated like an overly-sensitive, immature child.

I saw a clip of the IRL Wales’ from the press conference after their proposal, and the infamous “in love, whatever that means” remark uttered by Prince Charles. The real Diana’s face is sheer heartbreak, and the show captures this precisely.

Several critics, newspapers and historians, including Lady Diana’s own brother, Earl Spencer, have criticised The Crown‘s portrayal of Princess Di’s story. And again, I am not naïve to think everything I see in a fictionalised show is the truth. There’s enough out there, in other sources, to help us separate fact from fiction.

However, despite knowing all of it, or perhaps because of that knowledge, it was so easy for me to reflexively draw parallels between the lives of Princess Diana and Meghan Markle. Both of them have been relentlessly pursued by the media glare, and both have reportedly felt a certain degree of coldness when they became a part of the royal family. In fact, Prince Harry himself has pointed out this similarity in the hot media pursuit, when he wrote, “My deepest fear is history repeating itself. I’ve seen what happens when someone I love is commoditized to the point that they are no longer treated or seen as a real person. I lost my mother, and now I watch my wife falling victim to the same powerful forces.”

Also Read: Meghan Markle And Prince Harry’s Royal Exit Is Like A Scene From K3G. And It Places The Blame Squarely On The Woman

Of course, there’s no denying the stark differences between the circumstances of both these women, who they were when they became a part of British royalty by marriage, and what they eventually become. Lady Diana was quite young, barely experienced in the ways of the world, and married a much older Prince Charles.  As the show pointed out, he was an old soul, and therefore, the age difference didn’t just feel like a gap, it felt like a chasm between them. Meghan Markle, on the other hand, has been an actor (she played Rachel Zane on Suits) and therefore a celebrity long before she married Prince Harry. She is somewhat well-versed with celeb culture and the price of being famous. I read about her early life, and discovered that she has always been outspoken, and continued to hold her own and expressing her opinion in subtle and not-so-subtle ways even as she grew into her role as HRH, the Duchess of Sussex.

Meghan, though, feels to many, more of an outsider than Diana would’ve. She is an American, a woman of colour and a divorcée, which is admittedly a whole new ballgame for the royal family and the subjects of the monarchy. Each of those things about her could rile up a section of her haters and make them judge her more viscerally than they do other members of the royal family. It makes her the cynosure of not just good attention but vicious rumour mills too. Remember the very typical ‘bahu ki saazish‘ theories that circulated when she and Prince Harry announced that they would be stepping back from their royal duties? And we thought we Indians are the only ones who have saas bahu and saazish biases!

A post shared by The Duke and Duchess of Sussex (@sussexroyal)

Luckily, Meghan Markle has husband, Prince Harry, in her corner. On the contrary, Princess Di didn’t get much love in the family and none almost from her husband. But she was unanimously loved by media and the people, to the point of obsession. She was perfection to them, she could do no wrong. It’s probably that attention which kept her going, but it wasn’t the love and care that she sought, though. In The Crown Season 4, in one scene, Camilla Parker-Bowles tells Prince Charles to not separate from Diana and marry her, because she could never compete with the love that people had for Diana. Camilla would be sentenced to a lifetime of hate from them.

And what do you know? That’s actually come to pass. More prominently now, as Season 4 aired, reminding people of the dynamics between Charles, Diana and Camilla. According to reports, comments have been turned off on the couple’s official Instagram account because Charles and Camilla are being brutally trolled in the wake of the show. The vitriol spewed threatens to destroy all the goodwill that the Prince of Wales and Duchess of Cornwall may have earned over the 15 years of their marriage.

The ruthlessness of the mainstream media and social media is another major difference in the times of Diana and Meghan. Today, the royal family is clearly doing much more than before to stay relevant and be seen as ‘moving with the times’ and being progressive. An idea that, in the show, the Queen is seen as proposing to her family, suggesting that Diana could be the one to usher them into a new era with the people who were slowly becoming disillusioned with the monarchy. Eventually, she was shot down though.

However, the paparazzi and the trolls now can do so much more damage than they could before and on a more frequent basis. And that’s precisely why I have come to appreciate Meghan Markle’s stance on leaving the royal family, stepping back from her royal duties and choosing to control her own privacy. Princess Diana, in her time, couldn’t speak up or do much. But Meghan Markle clearly can, emboldened by the times she is living in. And she is using her voice for good.

A post shared by The Duke and Duchess of Sussex (@sussexroyal)

Recently, the Duchess of Sussex and mother, feminist, advocate, opened up about miscarriage and losing her second child earlier in the year in an op-ed in the New York Times.

“I knew, as I clutched my firstborn child, that I was losing my second.

Hours later, I lay in a hospital bed, holding my husband’s hand. I felt the clamminess of his palm and kissed his knuckles, wet from both our tears. Staring at the cold white walls, my eyes glazed over. I tried to imagine how we’d heal.”

The editorial touched upon a lot of topics—grief during the time of a pandemic, the Black Lives Matter movement, and how the couple plans to spend their Thanksgiving being more compassionate and urging others to do the same. However, most people only saw the ‘miscarriage’ bit and decided to offer their commentary on it. They called out Meghan for sharing something private in a prominent publication when all she wanted was privacy for her family. This bit has been a constant complaint every time the Duchess shares something personal or appears in media eye.

But that’s the thing, isn’t it? Meghan chooses to share this. She chooses to speak up about her struggles, as a mother, as a royal, as an outsider, as someone hounded constantly and scrutinised deeply in the public eye. The choice is hers and she exercises it for the right reasons. She probably doesn’t get told she has to hide her pain because she’s on some royal tour as part of her duties. Or maybe she does it for the cameras then, but eventually she can choose to talk about it and reveal what was really happening. It’s all about choice. Her choice.

Several experts have come forth to point out that when celebrities like her or Chrissy Teigen share their own stories of grief, it encourages more women to speak up about theirs. So criticising Meghan for doing what she does is just such a lame move and highly counterproductive.

Since the sizeable viciousness and judgement towards Meghan Markle will persist, just as the love and obsession for Princess Diana has endured, it makes so much sense that Meghan should choose to do what she has done. And I hope she continues to do it too.