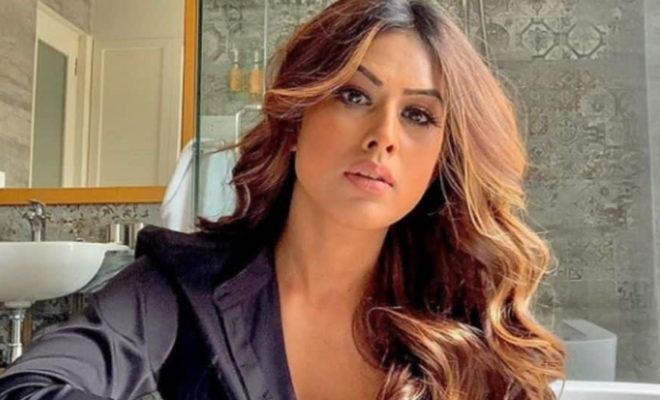 Body image issues and sky-high beauty standards are still deeply rooted in the world today. And that stands true, because we still live in an environment that subjects an individual’s body as a topic for small talk. A staple dialogue that accompanies the nagging aunties, often draws inspiration from the so-called perfect body type, displayed on the big screen. I mean, we too time and again have dreamt of having that Katrina wala figure. But what unfortunately is brushed under the carpet, is the celebrity struggle to feed the fictional physique that plants a seed of trauma for many (including themselves). With a million eyes glued on them, and the unnecessary pressure to flaunt that perfectly chiselled jaw-line or washboard abs, celebs invite a host of troubles coming their way. Of course with the change in time and thoughts, many famous personalities including Priyanka Chopra, Vidya Balan and Sonam Kapoor have been open and candid about their struggles with body image and self-esteem, but the number is still shockingly less.

Joining the list is actress Nia Sharma, who recently shared her issues with body image to fit in that picture-perfect outfit. In conversation with RJ Siddharth Kannan, she said, “I stopped eating, man. When I say I stopped eating, it’s not even about a diet. I would sleep hungry, I was waking up hungry, I would go to the gym hungry. Hungry bhi nahi, mujhe bhookh bhi nahi lag rahi thi (I would not even feel hungry), because I had lost my appetite. I just wanted to go so hard into that song, look so on-point. And I did, I was just looking at my belly and I was like, ‘Look at that’.”

ALSO READ: Nia Sharma Cut A Penis-Shaped Cake On Her Birthday. While It’s Nothing To Be Ashamed About We Think It Could’ve Been Avoided

While the struggle remains common between these stars, the idea to look the part and fit in well, is often followed by sleepless nights and endless health issues. Talking about which she further shared, “I am a very average-looking girl and I accept that there is no harm in talking like that. Hate is a very strong word, there is nothing I would like to change in my body. I have bloating issues, I have phases or maybe not, maybe it was in my head, that I was a girl who was thin all the time but it cannot happen. It took me years to come to terms with the fact that I cannot have a flat belly 365 days a year. It is not possible, I will eat, I will put water in my body, it will bloat. Mere bas woh issues hai (I have only these issues) and sometimes, I can’t deal with them. I end up crying, I have meltdowns.”

While the actress is always spotted donning slim-fit, multi-cut outfits featuring major midriff flossing, what remains unnoticed is the behind-the-image journey. Talking about her latest music video Phoonk Le, and the prep behind, she said “I didn’t know that if before the shoot, I had a little tummy out, I would not dance. Main pagal ho jaati hoon, it is a very bad thing that I have been doing to myself and it plays in my head a lot.”

Isn’t that scary? Living in a paparazzi driven world that urges you to look your so-called ‘best’ at every given point of time is close to a nightmare. I mean it’s 2022 and celebs are still struggling with the pressure of attaining size zero. While the degree of scrutiny can be unforgiving, especially in the entertainment world, all we hope is for a change in mindset that accepts it’s flaws just how it celebrates its perfections. What’s your take?

Vidya Balan Said People Thought She Was Mad For Doing The Dirty Picture, But She Signed It Anyway. It Helped Her Get Over Her Body Image Issues