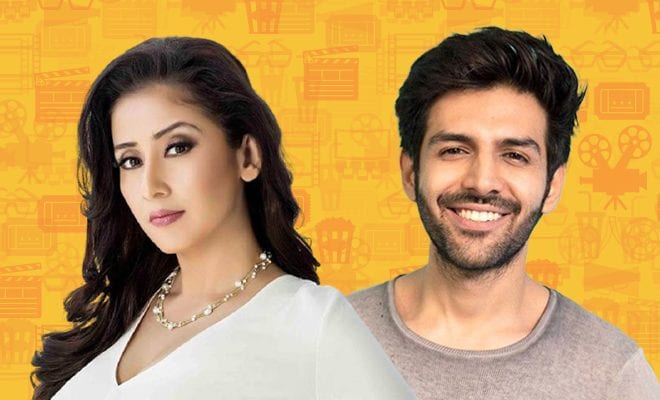 By Akanksha Narang | June 24, 2021
I don’t quite understand, people make such a fuss about celebrity couples with a wider age gap, like Saif and Kareena, Malaika and Arjun and more. However, when it comes to onscreen couples, they will happily accept a much older actor romancing a woman half his age. I mean, that’s the norm; Salman Khan’s heroines are often much, much younger than him — many of them being more than two decades younger. But the actresses of Bollywood don’t have this benefit. Recently, Neena Gupta played mother to actor Kanwaljit Singh — who is just two years younger than her — in Sardar Ka Grandson. Now the buzz is that Manisha Koirala will play mother to Kartik Aaryan in the Hindi remake of Telugu movie Ala Vaikunthapurramuloo.

Manisha Koirala is 50 years old and Kartik Aaryan is 30 years old. And while she is being roped in to play mother to a man who is just 20 years younger, male actors her age are romancing actresses that young. In fact, in the original Telugu film, it was Tabu who played mother to actor Allu Arjun. They were considering Tabu for the role but the makers decided to go for an all-new cast. It’s worth noting that the age difference between them is 12 years. That’s exactly the age difference between Arjun Kapoor and Malaika Arora.

The film is being produced by Ekta Kapoor and directed by Rohit Dhawan. Buzz is that Kriti Sanon will co-star with Kartik Aaryan in the remake. Meanwhile, Paresh Rawal will play Kartik Aaryan’s father. Now understanding that he is 66 years old that sounds feasible.

Manisha Koirala hasn’t signed the film yet. She had taken a five-year sabbatical after she got cancer in 2012. In 2017, she acted in the film Dear Maya. She also played a part in Sanju as Nargis. In 2018, she was part of Netflix’s Lust Stories.

ALSO READ: Neena Gupta Didn’t Have The Money For A C-Section. Her Father Dismissed It As Unnecessary