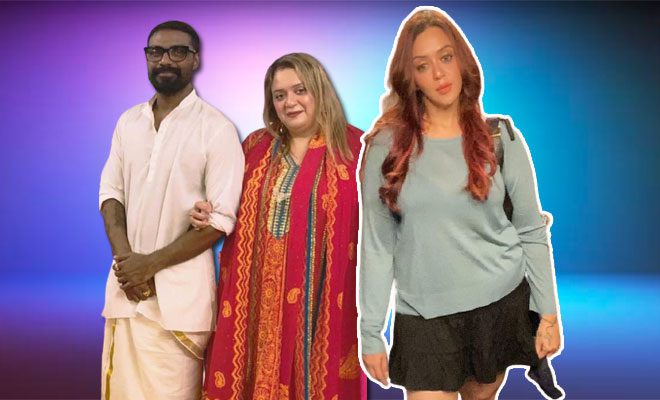 Most people on the internet and otherwise, are insecure about their weight. I am one of them. There is nothing wrong with being on the heavier side of the weight spectrum, as long as you’re comfortable with it and accept yourself as it is. But if you’re not happy with yourself and the way you look or want to be fitter or more active, then that is another ball game altogether. Anyone who wants to lose weight should know that no two people’s journeys are the same. And it takes a lot of willpower and steady work to start and continue the weight loss journey. For instance, Lizelle D’Souza, wife of choreographer/filmmaker Remo D’Souza, who lost over 40 kgs and underwent an incredible transformation, has spoken about being patient and strong-headed when it comes to losing weight.

Recently, in an interview, Lizelle D’Souza opened up about her inspiring weight loss journey wherein she lost over 40 kgs. She decided that she wanted to lose weight in December 2018 and by January 2019 she was all set—mentally and physically—to embark on her weight loss journey.

Lizelle D’Souza, the wife of the famous choreographer and filmmaker Remo D’Souza, revealed that she started her weight loss journey with intermittent fasting. She even spoke about how even while she was in London shooting for her husband’s film Street Dancer 3D, she kept her diet plan on and went off carbs. She wouldn’t eat for 15 hours and then gradually increased it to 16 hours.

Also Read: Avika Gor Talked About Her Weight Loss Journey And It’s All About Self-Love. The Reasons Are Right

In the very first year, she revealed that she lost up to 15-20kgs. And when the lockdown was enforced, Lizelle D’Souza pushed her intermittent fasting to 18-20 hours a day. She even admitted to having a single meal a day. It was her decision to lose weight that pushed her through the challenges and comes out a winner.

Lizelle D’Souza, in her interview, said, “People have started noticing a major change in me. Even on cheat days, I would eat pani puri or Sindhi Kadhi. But after Remo fell ill I put on six kilos and I was dieting. But people scared me with all other things. So, I started going slow, and then also I managed.”

Being bold and honest about her weight loss journey, Lizelle D’Souza had no qualms in admitting that she thought about going through surgery to lose weight. But when her doctor said that she would gain all the weight back, she decided against it. She concluded by saying, “Remo and my kids supported me a lot during this journey, and with their support, I managed to achieve this.”

In fact, very recently Remo D’Souza shared some inspiring before and after pictures of his wife, Lizelle D’Souza on Instagram. He even penned down a few words of appreciation for her weight loss journey and stated that he was extremely proud of her.

Honestly, seeing those pictures is going to be a true inspiration for many, including me. The weight loss journey is not an easy one but once you set your mind to it, there is nothing that can stop you from achieving your goal. And Lizelle D’Souza proves that once and for all.

India’s BMI Weight Allows For 5 More Kilos For Women In 2020. And No, This Isn’t Because We Binged On Fries