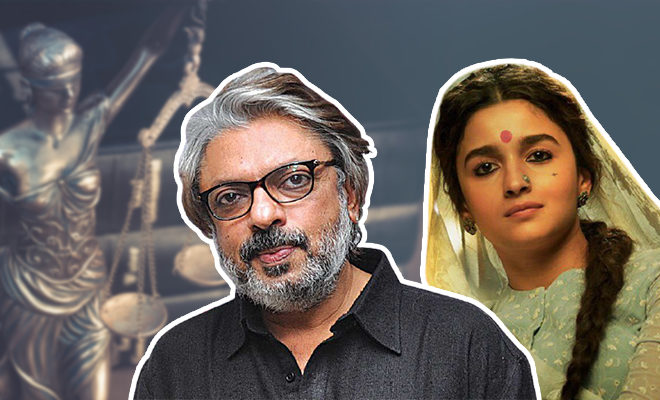 These days, it is hard to tell whether a controversy has stirred on its own or has been caused by some sneaky manoeuvres by profiting parties. I mean, sometimes, I look at politicians, like currently Uttarakhand CM Tirath Singh Rawat, and wonder if they deliberately say preposterous things to create controversy for attention and as diversionary tactics. Because these are people who have all sorts of advisors on payroll, telling them exactly what would hurt their image or build it up. So I find it extremely suspicious that these ‘controversies’ still happen. And the latest is coming out of Bollywood, where a defamation suit has been filed in connection with Gangubai Kathiawadi, and Alia Bhatt and Sanjay Leela Bhansali have been summoned by the Court.

What’s the issue with Gangubai Kathiawadi?

Now, in case you haven’t been paying attention. Gangubai Kathiawadi the film is based on a chapter on a very real lady by the same name, from the book Mafia Queens of Bombay by author Hussain Zaidi. Now the defamation suit in question has been filed by one Baburao Shah, who is the adopted son of the real Gangubai, who was a force to reckon with when she ruled over Bombay’s Kamathipura area. Baburao claims that the film will wrongly portray Gangubai and her family and it is factually incorrect.

Why is this case rearing its head now?

My first thought when I read about this was, “Yep, trailer release ho gaya na. Now time to create all sorts of chaos around it.” I mean think about it. First, Hussain Zaidi (also summoned by the court in this case) published the book back in 2011. That’s how many years ago? Almost a decade. Then why wasn’t this defamation issue raised way back then?

Second, the news that the non-fiction novel was going to be adapted into a film has been going on for almost half of that decade, perhaps even more. I came across a news report from 2017 that reported rumours of not just one Mafia Queen film but two of them being made for screen. The report claimed Deepika Padukone was signed on by Vishal Bhardwaj to play Rahima Khan aka Sapna Didi, who almost killed Dawood Ibrahim, and Priyanka Chopra was being considered to play Gangubai Kathiawadi in the film Sanjay Leela Bhansali was making.

So when the film was in the talks for all this time, where was this case? Why was there no stay on the starting of the film itself? Because turns out, the Court dismissed the petition that sought a restraining order against the film and its trailer release, filed previously by Shah.

But really what is the point of this case?

How many such cases of controversy against a film or series have popped up mere days after a trailer release or film release? And how many of them have actually amounted to anything? Zilch. And this isn’t even Sanjay Leela Bhansali’s first rodeo. The man already faced the Karni Sena’s outrageous, life-threatening antics during Padmaavat‘s release, remember? Back when it was Padmavati?

I mean it’s not like the film’s not going to release. Maybe a disclaimer note about some parts of the film being fictionalised for dramatic effect will be put in at the beginning of the film. Most films have it anyway. Or there would be a huge out of court settlement involving money we cannot even count. And pretty soon this will be forgotten. Had this been a religious or political thing, it would’ve gotten more traction. But this is about the reputation of a famous brothel madam. When has a fight for a woman’s reputation ever been just about her reputation and not tied to a man’s honour? And when has this fight been won if it wasn’t tied to a man’s honour?

Since there’s neither here, this just seems like another publicity stunt and remains to be seen on whose part. And which one of the parties even needs it, anyway?

Finally, this isn’t the only case against the film. Turns out, Congress MLA Amin Patel wants to join in in this case-filing party too, because he thinks having ‘Kathiawadi’ in the title would malign the Kathiawad city’s name. Sigh. Really? An entire city? And y’all had no problem when she was actually using that name? Wouldn’t it be so awesome if any man had fought so hard for Gangubai’s honour back when she was going through the hell that made her who she became? Or for the millions of sex workers in the country and other women who every single day have to be maligned in some way or the other by men.

You know what I find the funniest in all of this though? The sheer lack of any ruffled feathers when this was all just a book. It’s like people had faith, ki yaar book toh koi padhta nahi hai. Rehne do. Jab picture banegi tab dekhenge!

Moral of the story: Courts have a lot of more relevant cases to handle. Because the film is due for a July release, the matter will obviously have to be expedited. Which means these other, more crucial cases will be put on hold to listen to this one. And that’s just a colossal waste of time, effort and money.

One Thought We Had About The Saina Trailer: If We Could Look Past The Mole, We’d Have More Thoughts