After a long weekend, this week brings in a lot of long work days along with a hectic week full of routine days. What could possibly make this week better? Yep! It’s a week full of amazing releases. A lot of great titles are coming this week, to keep you busy and entertained. With brilliant genres and shocking tales, to keep you on the edge of your seat. Are you wondering which shows and movies are making their way to a grand release this week? There’s a lot to pick from, and some amazing stuff headlined by women that’s coming our way this week! From Marvel’s newest superhero origin story, She-Hulk: Attorney At Law, to Taapsee Pannu’s sci-fi film, Dobaaraa. And fantasy epic House Of The Dragon is here too, giving us a return doorway into Game Of Thrones, with a woman’s power struggle to sit on the Iron Throne. So shall we dive in? 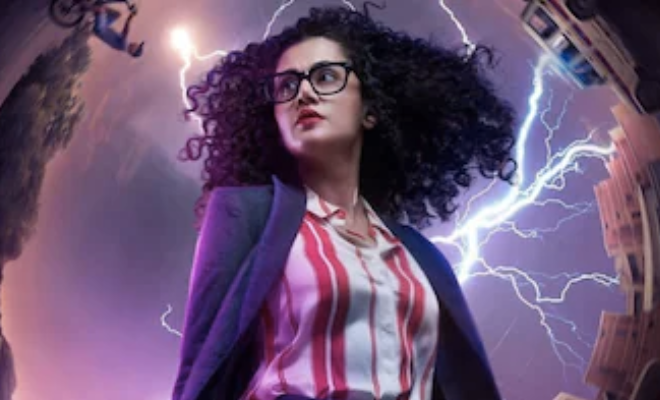 What To Watch This Week of August 15 – August 21 on streaming and in theatres:

This Documentary is bound to shock and surprise you with an additional instalment in the nine-part Untold: documentary film series. Watch this amazing and baffling story from August 16th onwards.

This amazing drama series is an exploration of the lives of even better individuals. It covers the lives of firefighters who dare to sacrifice their all to help save lives. Watch this amazing series on Netflix from August 17th onwards.

This mysterious series follows the story of a conman who cons three women. They chase him to his mansion, along with their families and find him dead. Who killed him? Watch this thrilling show from August 17th onwards.

This Marvel series introduces Jennifer Walters—an attorney specializing in superhuman-oriented legal cases along with being a superhuman herself. She must navigate the complicated life of a single superwoman as well as solve the most interesting cases. Watch her in action from August 18th onwards.

Also Read: ‘She-Hulk: Attorney At Law’ Is Set To Help Us Unleash Our Inner Hulks!

Tekken has been one of the most famous names in anime and games for ages. This new Netflix adaptation follows Jin Kazama and his fight to become one of the best fighters in the King of the Iron Fist tournament. Watch this from August 18th onwards.

It’s time to solve a mystery that has been on hold for 26 years. Will the unsolved questions get answered? Watch this Taapsee Pannu and Pavail Gulati starter, in theatres from August 19th onwards.

Also Read:‘Dobaaraa’ Trailer: Taapsee Pannu Travels Back In Time To Solve A Murder Mystery And Save A Life

7. The Girl in the Mirror– Netflix

After losing her memory in an accident that mortally injures all her mates, this woman has to regain her identity and remember what happened. Watch this horror series on Netflix from August 19th onwards.

This is a sequel to 365 Days: This Day and the third film in the 365 Days series. It continues to focus on Massimo and Laura and their complex relationship. Watch this movie on Netflix from August 19th onwards.

Also Read: ‘365 Days: This Day’ Review: All Banging And Bad Writing Make This Sequel Dry And Boring, Like Sex Without Foreplay

9. Minus One Season 1– Lionsgate Play+

Riya and Varun used to be in love until they weren’t. Now, they just live together as roommates, will this new arrangement work for them? Watch this interesting series based on love and friendship, on Lionsgate Play+ from August 19th onwards.

Luca Scarpelli, Yohan Nicolas, Fred Nicácio, Rica Benozzati and Guto Requena are five style and life experts who guide men and women on journeys of transformation, along with tears and laughs. Watch this emotional and inspiring journey on Netflix from August 21st onwards.

11. House Of The Dragon– Disney+ Hotstar

This one comes straight from the creators and writers of GOT. It follows the story of the Targaryen civil war that took place about 300 years before GOT. Watch this adventure-laden series on Disney+ Hotstar from August 21st onwards.

Also Read: ‘House Of The Dragon’ Trailer: The Iron Throne Is Back Along With A Fiery Targaryen Power Struggle To Win It!

The Garvey sisters get together after a while, for the funeral who wronged them all in mysterious and messed up ways. They all obviously hated him and wanted him dead but, which sister actually pulled it off? Catch this interesting series on Apple Tv+ from August 19th onwards.

Duranga is an official adaptation of the Korean show named Flower of Evil. It is being helmed by Goldie Behl and Shradha Singh and the romantic thriller is set to star Gulshan Devaiah and Drashti Dhami as protagonists. It follows the tale of a perfect husband with a not-so-perfect secret. Will he ever get caught? Catch this show on Zee5 from August 19th onwards.

Also Read: ‘Duranga’ Trailer: Gulshan Devaiah Is The Perfect Husband Of Drashti Dhami, But With A Dark Secret

Mark down these dates right away and catch all of these amazing titles, this weekend. Are you ready for the ultimate de-stress and binge-fest?