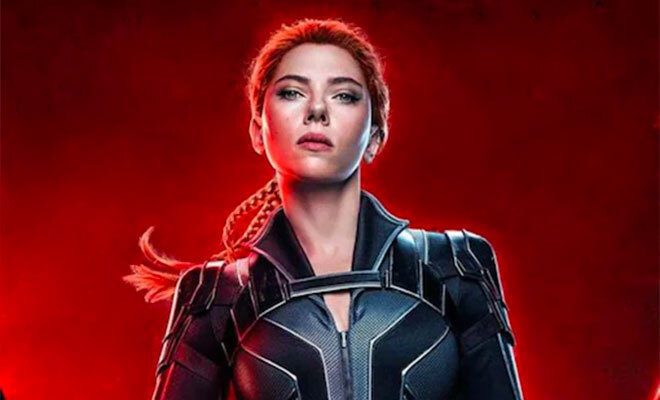 The movie business is quite the roller coaster. I  film industries across the world, women have to face a lot of challenges, especially when it comes to pay. And this challenge got even more difficult when the pandemic hit and the movie theatres were shut in some parts of the world. Talking about big-budget movies like Black Widow, they are bound to make millions, if not billions, at the box office. But what happens when the movie is released on an OTT platform at the same time as its theatrical release? Well, one thing is for sure, the actors are definitely going to get angry and sometimes even sue. That’s exactly what Scarlett Johansson did when Black Widow was released by Disney in theaters and at Disney+ Premier Access. And it is only now that the lawsuit filed by the actor has finally reached a settlement.

Scarlett Johansson filed the lawsuit against Disney back in July in the Los Angeles Superior Court stating that Disney studio sacrificed Black Widow’s box office potential by streaming it on Disney+ Premier Access. And the studio did so to boost its streaming platform. Disney had back then countered Scarlett Johansson’s claim and said that she was paid $20million for the film.

In her complaint, the Avengers star claimed that Marvel’s Black Widow, which was sure to be a hit at the box office, was guaranteed an exclusive theatrical release when she had first signed the deal. Scarlett Johansson further stated that the contract was breached when the movie was released simultaneously on Disney.

Complaint filed by Scarlett Johansson against Disney asked, “Why would Disney forgo hundreds of millions of dollars in box office receipts by releasing the Picture in theatres at a time when it knew the theatrical market was ‘weak,’ rather than waiting a few months for that market to recover?… On information and belief, the decision to do so was made at least in part because Disney saw the opportunity to promote its flagship subscription service using the Picture and Ms. Johansson, thereby attracting new paying monthly subscribers, retaining existing ones, and establishing Disney+ as a must-have service in an increasingly competitive marketplace.”

According to reports, Scarlett Johansson waited until the afternoon of July 28, hoping that Disney would come to her with an offer after releasing the movie on their streaming service. But Disney chose to keep talking and the studio’s announcement that the movie earned $60million via Disney+ Premier Access just added fuel to the fire. It is then that the Marvel actor decided to file a lawsuit against the studio.

And now, the lawsuit revolving around the Black Widow movie has finally reached a settlement, the details of which have not been disclosed. Regarding the settlement, Scarlett Johansson said, “I am happy to have resolved our differences with Disney… I’m incredibly proud of the work we’ve done together over the years and have greatly enjoyed my creative relationship with the team. I look forward to continuing our collaboration in years to come.”

Also Read: 5 Thoughts We Had About Marvel’s Hawkeye Trailer: We Like Hailee Steinfeld And Jeremy Renner’s Team Up!

Even the chairman of the studio, Alan Bergman made a statement that said, “I’m very pleased that we have been able to come to a mutual agreement with Scarlett Johansson regarding Black Widow. We appreciate her contributions to the Marvel Cinematic Universe and look forward to working together on a number of upcoming projects, including Disney’s Tower of Terror.”

Johansson vs Disney has in recent time become the latest iteration of profit participation dispute. A dispute that is all too common in Hollywood, where actors are constantly fighting studios over their much-deserved backend compensation. And the fact that Scarlett Johansson fought for what she deserved says volumes about the fact that it is high time that studios start treating talents with respect and pay them for what they are worth. There are many other A-list actors who have also fought against the studios but information about it has never reached the media as they seem to reach a settlement before they involve lawyers. But sometimes, a stand becomes important, doesn’t it? Especially when it is a woman making a stand to ensure she gets what she deserves.