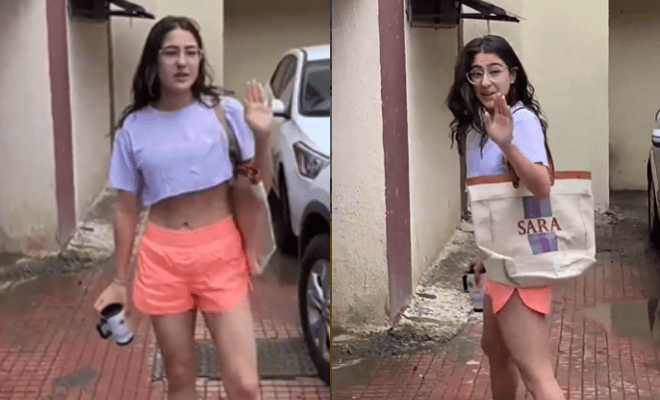 Sara Ali Khan Gets Trolled For Carrying An Empty Bag. Dear Trolls, She’s Carrying The Weight Of Your Random Expectations In It!

I always used to believe that being a celebrity or an actor is the most fun profession in this world. They get to play so many different roles, they wear designer clothes and accessories, and they have so many fans who can cross any limits for them. However, I forgot that they also get judged by many people for doing anything and everything and it doesn’t feel right at all. Recently, Sara Ali Khan got trolled just for carrying an empty bag. But dear trolls, wo empty kahan hai? She is carrying the weight of your random expectations in it.

Recently, actress Sara Ali Khan got papped as she arrived from her pilates session. In the video, the Atrangi Re actress can be seen wearing a lilac crop top with orange shorts. She was looking very cute in those eyeglasses. However, her light brown bag which had her name Sara written on it caught the troll’s attention. Unsurprisingly, the trolls were quite concerned about Sara’s empty bag and dragged her for it. Seriously, this is so stupid!

Also Read: Sara Ali Khan Gets Upset As The Paparazzi Push Her. Can We Start Treating Celebs Like Actual People?

Many people dragged Sara Ali Khan for carrying an empty bag and said that celebrities like to show off their possessions. Okay, this is so rude!

Take a look at the comments here: 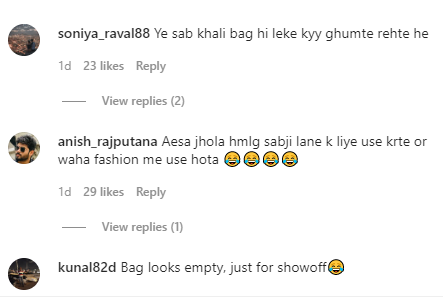 Also Read: Mandana Karimi Gets Trolled For Twerking In A Burqa. Internet Says “Show Some Respect For The Hijab”

Well, there are many important issues in this world that need to be discussed and Sara Ali Khan’s empty bag is not on the list.