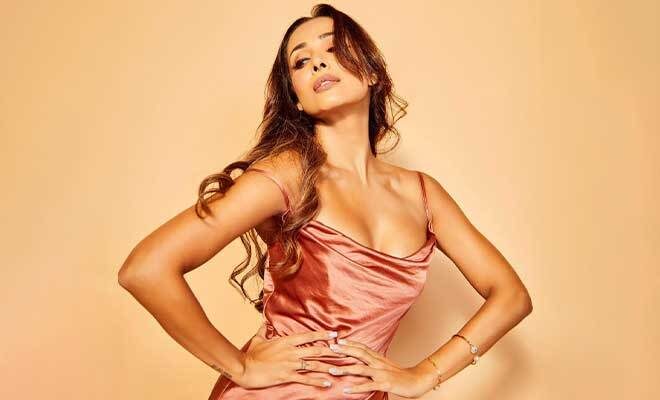 Malaika Arora Gets Candid About Early Marriage And Working Through Her Pregnancy. She Really Did Break Barriers!

For a very long time, marriage has had a major impact on a woman’s life. Men can go around cracking jokes on their wives and marriages but the fact is that they are the privileged ones in this situation. Marriage doesn’t change much for men but for women, it brings a lot of responsibilities and new relationships that they need to uphold. No one expects a man to have a relationship with his in-laws but dare a woman not do that! But with the changing times, women have managed to shed a lot of these extra responsibilities that come with marriage and take control of their lives. Back in the day, a woman’s career would come to an end with marriage, especially in the showbiz world. While actors continued working post marriage, the same did not apply to actresses but Malaika Arora was one of the first actresses to break this barrier. And now, she has finally opened up about how marriage impacted her career and her life.

In a recent conversation with Namrata Zakaria on her Podcast Tell Me How You Did It, Malaika Arora was asked if her marriage had a negative impact on her career, the actress dismissed the ideas and shared that it actually made her life better. Malaika Arora said that getting married early did not act as a hindrance to her professional life. She added that having a child did not impact her work either. Pointing out that back in the day not many married women with children had a successful professional life, Malaika said that no one wanted to take the risk back then. While things have changed now and women get married, have kids and work through pregnancies, it was different back then, she said. She further added that this did not discourage her from doing what she wanted and therefore she worked through her pregnancy, did shows on MTV and even travelled during that time.

The actress also went on to point out that her ‘glamorous’ personality allowed her to redefine the concept of marriage and pregnancy. Oh well, we cannot deny the fact that Malaika did start the trend of actresses working post marriage and during their pregnancies as well. And mind you she made it all look glamorous. More power to you, girl, for breaking those norms!

For the unversed, Malaika Arora got married to actor and filmmaker Arbaaz Khan in 1998. Nearly 19 years after their marriage, in March 2016, the duo announced their separation. Malaika and Arbaaz got divorced in 2017 and ended their relationship on a good note. They have a son together, Arhaan Khan. Ever since 2016, Malaika is in a relationship with actor Arjun Kapoor.

Well, Malaika really is an inspiration for all of us. From getting married at an early age to divorcing her husband after 19 years of marriage and dating someone younger than her, she really has broken patriarchal norms and shown us how it’s done! She is proof that nothing can hold a free-spirited woman back.