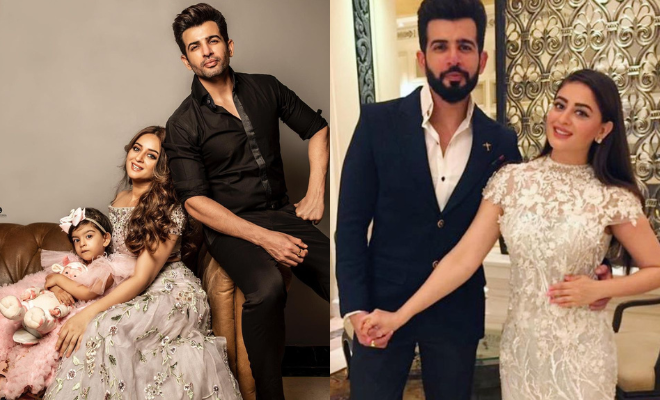 Mahhi Vij and Jay Bhanushali are by far one of the most adorable couples in the entertainment industry. The two of them are well-known television actors that started dating long before they tied the knot in 2011. And then in 2019, the couple welcomed their daughter Tara. Trust me when I say this, they are an adorable family. However, recently, their family was threatened by a cook who allegedly claimed that he will kill their entire family. Yep, Mahhi Vij and Jay Bhanushali even filed an FIR against their cook who allegedly threatened to kill them and their 2-year-old daughter, Tara.

On Thursday, Mahhi Vij had taken to Twitter to share her scary experience with the cook they had hired, but she later deleted the tweets. However, in a later interview, the actress confirmed the news that she and Jay Bhanushali did file an FIR against the cook who threatened to kill them.

Mahhi Vij in the interview said that within three days of hiring, the cook had started stealing from them. She then waited for Jay Bhanushali to come around, who later on tried to settle the bill with him. But the cook demanded to be paid for the entire month and when Jay tried to reason with him, he flipped out. She said, “When Jay tried to reason out, he said ‘200 Bihari laake khada kar dunga (I’ll get 200 people outside your house). He got drunk and started hurling abuses at us. We went to the cops. I don’t care if anything happens to me, but I was scared for my daughter.”

As per reports, after the incident, Mahhi Vij and Jay Bhanushali went to the police to file an FIR against the cook. The police arrested the cook but later was released on bail. Needless to say, his bail made Mahhi unhappy. Expressing her unhappiness, she said that she kept on getting calls from the cook when they were on their way to the police station. And with everything that she’s heard on the news, she is scared for her life. She further said that once something happens, people will protest but there’s no point to it. She concluded by saying that she is scared that he will come after her family once he is out of jail.

Also Read: Mahhi Vij Alleges Getting Rape Threats From A Man Who Banged Her Car, Shared Incident On Twitter

The lesson I took away from her incident is that we really need to be aware of our surroundings and be careful who we are hiring and bringing into our environment – especially when you have children and elder people in your family.