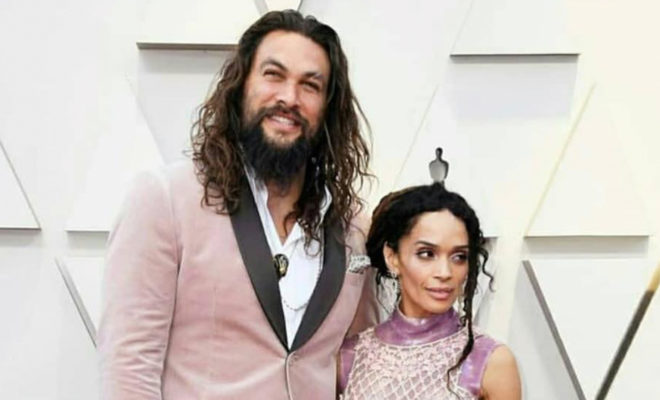 Lisa Bonet And Jason Momoa Break Up After 16 Years Together: “The Love Between Us Carries On”

Another Hollywood fairytale comes to an end. Actors Jason Momoa and wife Lisa Bonet have ended their 16-year long relationship (that’s heartbreaking). Releasing a joint statement on the Game Of Thrones star’s Instagram handle, on Wednesday, the two shared an official announcement: “We have all felt the squeeze and changes of these transformational times… A revolution is unfolding and our family is of no exception… feeling and growing from the seismic shifts occurring. And so We share our Family news. That we are parting ways in marriage. We share this not because we think it’s newsworthy. But so that as we go about our lives we may do so with dignity and honesty. The love between us carries on, evolving in ways it wishes to be known and lived. We free each other to be who we are learning to become…Our devotion unwavering to this sacred life & our Children…J&L” The message adds that they still care for each other, but they are ready to start living independent lives.

ALSO READ: Jason Momoa Called Out For Having ‘Dad Bod’ Reminds Us Of All The Times Actresses Get Body Shamed!

The post also came accompanied with four images, and presumably featured the couple’s children– daughter Lola, 14, and son Nakoa-Wolf, 13, holding birds. The two actors shared a bond for over 16 years and got married in 2017. Their first meeting was at a nightclub, in 2005. It was earlier reported that Jason had a crush on Lisa, who came to fame on The Cosby Show in the 1980s. The couple welcomed their first child, Lola, in 2007, and son Nakoa-Wolf in 2008. The two also raised Lisa’s daughter actress Zoë Kravitz, from her earlier marriage to actor Lenny Kravitz.

Call it the current situation that the world is dealing with, the strongest of bonds have witnessed some fray. Be it Kanye West and Kim Kardashian or Jennifer Lopez and Alex Rodriguez, these celebrity couple breakups came in as a shocker to many. And now with Jason Momoa and Lisa Bonet’s news of separation has taken us by surprise. It’s kinda sad to see this relationship end, especially after all the times we’ve heard Jason Momoa talk about how Lisa Bonet was his crush for a very long time before they started dating. Not to mention, the modern family dynamics between the two, Bonet’s daughter Zoë Kravitz, and her father and Bonet’s ex-husband, actor-singer Lenny Kravitz, has always been something of admired.

On the work front, Jason Momoa has wrapped production of Aquaman and Francis Lawrence’s fantasy adventure Slumberland. Lisa Bonet has been keeping her distance from the big screen and was last spotted in Girls in 2016.

#Culture: Kim Kardashian West Speaks Up About Kanye West’s Bipolar Disorder After He Tweeted About Divorcing Her