Exclusive: Shefali Shah On Her Whacky ‘Darlings’ Character, Chemistry With Alia Bhatt, And Not Undermining The Indian Audience

So, darlings, how is everyone? Let me tell you, ya girl is struggling with content fatigue. I’d say, be careful what you wish for. I, for one, have always loved watching movies and series and wished for more stories of women. And look at the influx of them! One particular title that I have been desperately waiting for is Darlings on Netflix. The directorial debut of Jasmeet K. Reen, and the producing debut of my last name-sake, Alia Bhatt, Darlings stars Alia, Shefali Shah, Vijay Varma, and Roshan Mathew, amongst others. So far, I’ve seen the trailer of this dark comedy, and checked out its credits with a gleam in my eye—songs by Vishal Bhardwaj, lyrics by Gulzar, dialogues by Vijay Maurya (alongside Reen and Parvez Sheikh). The sheer promise! It’s a dark comedy, something that I have seen neither Alia nor Shefali do before. What’s more, the trailer does generate much curiosity on what exactly is wrong with these people!

The film appears to deal with the subject of a woman suffering domestic abuse and how she and her mother find a tedha way of tackling the issue. It’s a dark comedy that has already stirred the hornet’s nest of controversy over its subject matter. I mean, naya kya hai? Turns out, the script and the characters are what’s new and refreshing about this film. In fact, in a conversation with me, Shefali Shah talked about just how eccentric and unique these characters are, especially her Shamsu.

I sat down to talk with the brilliant actor about her character, Darlings, the era of varied female representation on the Indian screens, and how we need to stop undermining our audience.

Excerpts from our conversation:

Q: The trailer looked fantastic and so intriguing. What can you tell us about Darlings, and your character, Shamsu?

Shefali: Darlings deals with a pertinent, important, and troublesome fact. But it’s a dark comedy, so it’s treated in a way that is easier to digest. It’s wicked, dark, and at the same time, it’s very humorous yet sensitive. Some of the lines are so poignant and they just make a lot of sense.
It’s a story of a mother and a daughter. These characters belong to a different world, which is very evident in the trailer. And there is something off with the daughter’s relationship with her husband, and the mother and daughter are trying very hard to correct that. It’s got some amazing characters. Actors too, yes of course, but the characters are just fab!
And Shamsunissa is a cracker, unlike anyone I’ve played and very rare on screen. She is a pataka! She’s a fighter, and not one of those women who cries over things. She’s more about, “Abhi yeh ho gaya hai na, toh let’s find a solution.” And the solutions are not necessarily the right ones all the time. But that’s who she is. Shamsu is fiercely protective of her daughter. having gone through some nonsense in her life, and having dealt with life as a woman in a patriarchal world. But it has not made her bitter. She’s still open to whatever new things life throws at her, and embraces it all with childlike enthusiasm. 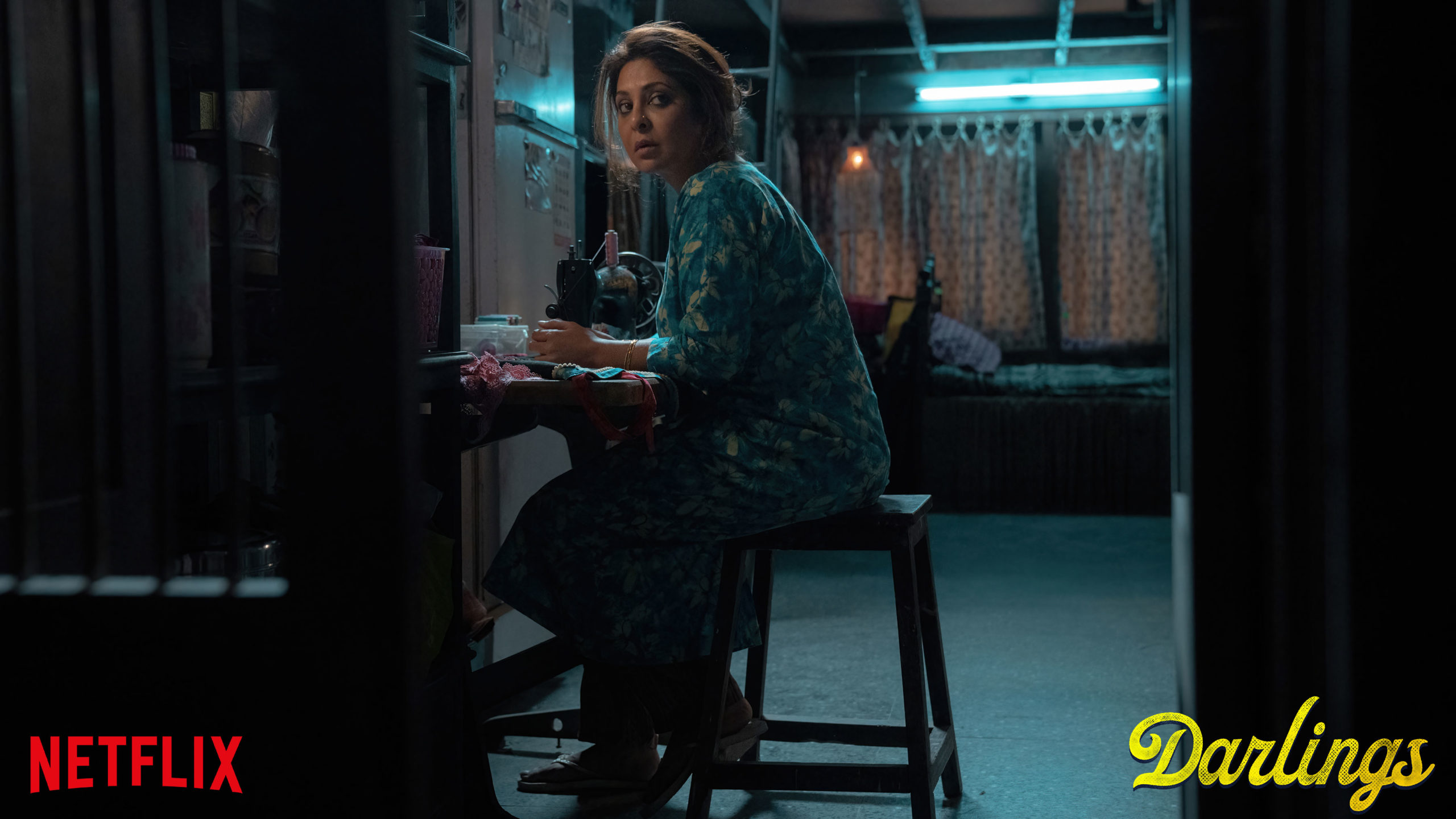 Q: What was your prep to play a character that’s so unique and quirky?

Shefali: Obviously, you get a lot of notes. The script was very rich, and it was all there. Second, we had a lot of conversations. These characters, they come from Byculla (Mumbai) and their lingo is Marathi, Hindi, English, and Urdu ka mixture. Now, I didn’t know that. But our director, Jasmeet K. Reen, had spent a lot of time researching and meeting people. So she got me to meet someone. I sat with her and chatted. But mostly, I was just listening because I wanted to know what someone from there would sound like.
As a character, Shamsu is closest to who I am as a person than any other character I’ve played. It was like I’d been given a free hand, ki “Jaa Simran jaa, jee le apni zindagi!” For every other character I’ve played, there’s been a lot of restraint. But there’s no one like Shamsu. She is a whacko! She has her own ideas about and ways of doing things. There’s no pretence, and she’s not politically correct.

Q: The genre of Darlings is quite the shift from the more serious roles you’ve been playing lately (Delhi Crime, Jalsa, Human). How did you approach this new challenge of doing a dark comedy?

Shefali: Yes, I haven’t done a comedy before. But the way the film is written, it’s not supposed to be delivered as a comedy. It’s the audience’s perception of finding it funny. What these characters are doing in the film, and what they’re dealing with is not funny. It just becomes a matter of who these people are and what they come up with, and the comedy of errors that happens around it.
But there was one conscious thought that I had throughout, that it’s very easy to go overboard when you’re playing such a bindaas character. When you have a great line, as an actor, there’s this itch to punch it right. But that’s exactly what you don’t do. When you have a great line, you just let it slip out because the line itself is doing the talking. Tumko wahan jhande gaadhne ki zarurat nahi hai.

Shefali: Honestly, I never saw Alia as a producer on set. I saw her as an actor, and she’s an accomplished actor. She’s very, very good at what she does and passionate about it. She believes that filmmaking is a collaborative process, and not one individual person’s win. We all just got to gel together and there was so much give and take. That’s how films are made. That’s the most healthy environment to work in and she understands that.
Also, Alia and I just naturally have great chemistry together, which shows in the trailer and you’ll see it in the film too. It looks like, haan yeh maa-beti hain. They’ve been friends forever and they live off of each other’s lives. 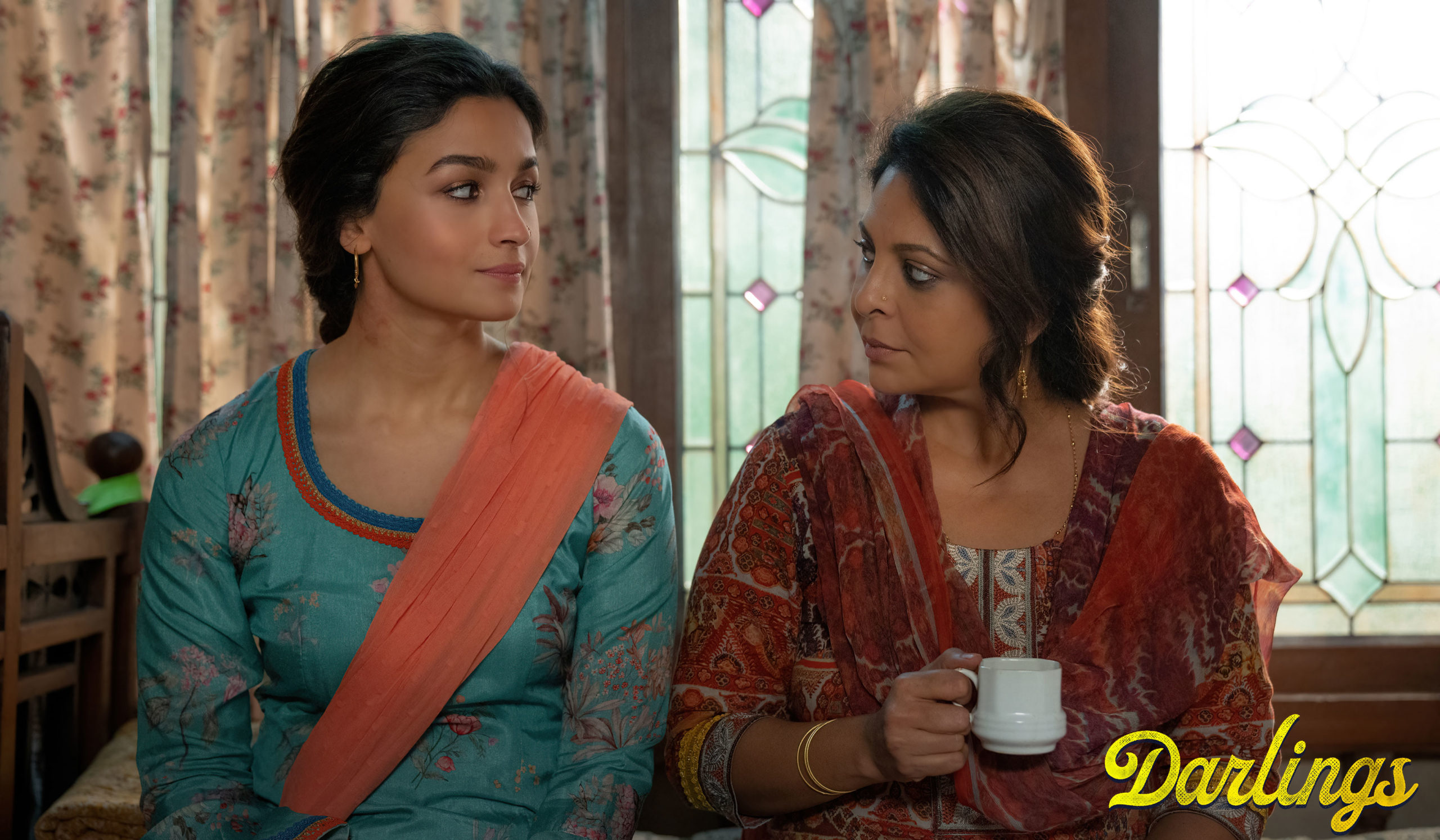 Q: Entertainment is evolving and there’s a marked difference in what the ‘Indian mother’ character can now do on screen. It’s a welcome change…

Shefali: I think we’d be restricting the much larger point by saying ‘what Indian mothers can do’. I think the point is what women can do on screen, and being a mother is now just a part of it. It’s no longer her only identity. The kind of characters that are being written for women are kickass! They’re right. They’re wrong. They’re flawed. They’re human. They’re heroic. It’s very exciting!

Q: You know, speaking of multifaceted women, we all see there’s much progress. But I also remember a time on television, which you too were a part of, where they were telling stories of flawed women as protagonists, like a Shanti, Tara, or your own Saavi in Hasratein. Was it easier to tell those stories back then, considering the audience today is evolving but far more judgemental?

Shefali: On the contrary, if anything, they’re more acceptable today. They maybe got spoken about a lot at that time because there were very few that spoke about these subjects. I mean, I did a Hasratein, which was a completely taboo topic, but it was received so well and loved. But today, there are ten films and projects that are talking about the same thing. Maybe not everyone can make a show or film about the same topic as vehemently. But I think we’re far more open to change today than we were at that point.
And I’m not talking about the audience. I feel we undermine the audience at times. We don’t give them enough credit. Because they are ready for stuff. But are we ready to deliver? That’s a question we need to ask ourselves.

Q: On a parting note, I’m really fascinated by Shamsu’s character. What would Shamsu do if she saw, say, a bunch of men cracking ‘nagging wife’ jokes?

Shefali: Oh, she’d come up with a very sharp retort and shut them up!

Q: And if she saw people taking offense and making an issue about something ridiculous, like a celebrity posting a nude photoshoot for a magazine?