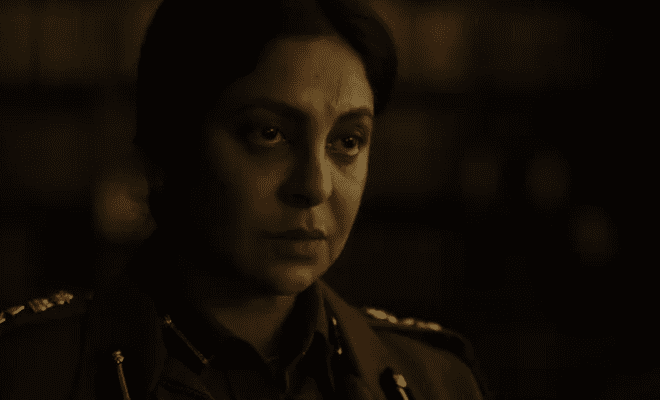 ‘Delhi Crime’ Season 2 Teaser: Shefali Shah Is Ready To Solve Crime But With An Understaffed Force

The 2019 series Delhi Crime narrated the 2012 gang rape that took place in the capital city and had shaken everyone with how brutal and bestial it was. The first season of the show was well received by the audience not just in India but abroad as well as it went on to win the Outstanding Drama Series award at the Emmy Awards 2020. Now, the makers of the series have dropped the teaser of the second season of Delhi Crime and by the looks of it, it appears to be just as sensational as the first one.

The teaser begins with DCP Vartika Chaturvedi talking about a certain section of Delhi’s population that lives in the slums but works for those who live in palaces. She also says that the difference in their income is as huge as the distance between the land and the sky. Vartika then talks about how difficult it is to police such a city with an understaffed force. Further ahead, Vartika receives intel that another murder has taken place.

The rest of the video is a glimpse of the cat and mouse chase between the police and the suspects with the former being on their toes constantly. Vartika Chaturvedi is also seen talking to her fellow police officer about what are they doing wrong and why is the crime rate not decreasing, who responds by saying that they do not have the luxury of thinking about these things. Meantime, another crime has already taken place. Vartika’s morale is broken by the constant rise in crime in the city.

The cast of the second season includes Shefali Shah, Rasika Dugal, Rajesh Tailang, Adil Hussain, Anurag Arora, Sidharth Bhardwaj and Gopal Dutt in prominent roles. It will be available for streaming on August 26, 2022.

After 2 Months, The Delhi High Court Is All Set To Give Out Verdict On Marital Rape Today