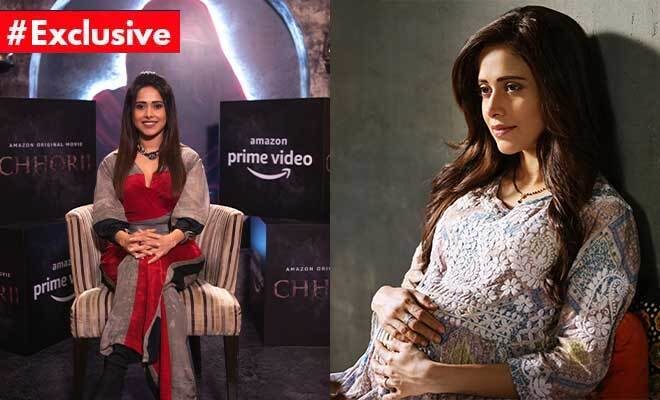 Exclusive: Nushrratt Bharuccha On Playing A Pregnant Woman In ‘Chhorii’, Her Own Fears, And Hopes For 2022

I love a good horror movie or show, but what I have been loving even more is the trend of intersecting the genre with deep social commentary on the very horrors we are facing in our world right now. Take the recent examples of Midnight Mass, less of a horror, more of a commentary on religion and religious fanaticism. Or for that matter Stree, a horror-comedy that did a fantastic job of championing women empowerment and respect for them. And now, we have Chhorii, a film starring Nushrratt Bharuccha, releasing this week on Amazon Prime Video. The film is an adaptation of a Marathi movie called Lapachhapi, directed by Vishal Furia who also directs this one. Chhorii also stars Mita Vasisht, Saurabh Goyal, Rajesh Jais, Pallavi Ajay, Yaaneea Bharadwaj and others.

The trailer tells us that the film is about a woman who is pregnant and has to move to a village for what seems like a few days until she goes back to the city. However, she gets embroiled in something in this sinister village, with just her survival instincts standing between her and a supernatural force trying to get to her and her unborn child. Spooky and interesting, no?

I found the trailer to be quite promising, but what excites me is watching Nushrratt Bharuccha in this new character. In a conversation with me, she talked about the film, her character Sakshi, how much she personally loves horror movies and some of her own fears. Read on!

Q: What can you tell us more about Chhorii and your character?

Nushrratt: So the film is about this girl. Sakshi, who’s a very normal, simple girl. She’s married, works in an orphanage, and she takes care of kids. So, she’s got that protective, caring nature by default. She’s an orphan too and kind of takes to children who are orphans like her. She’s living her life contently with this family she has built for herself, but something disrupts it and completely shakes her out of it. Sakshi has to come to this village to stay and at first, it feels like, okay, she’s here for a few days and that’s it. She’ll go back. And she believes that it’s a short, chill trip, and she’ll be back to her life in no time.

But she cannot leave, she’s stuck. And she’s wondering, like most of us do when we’re stuck in a situation we can’t get out of: “How is this happening to me? This is not my life. This is not how I’m living. I want to go back to my life. I’m going to go back home. Let me go!”

And that’s where my character’s at, trying to find a way out of it, and a way back home. The story is about her surviving everything that’s happening around her and protect her unborn child through it. 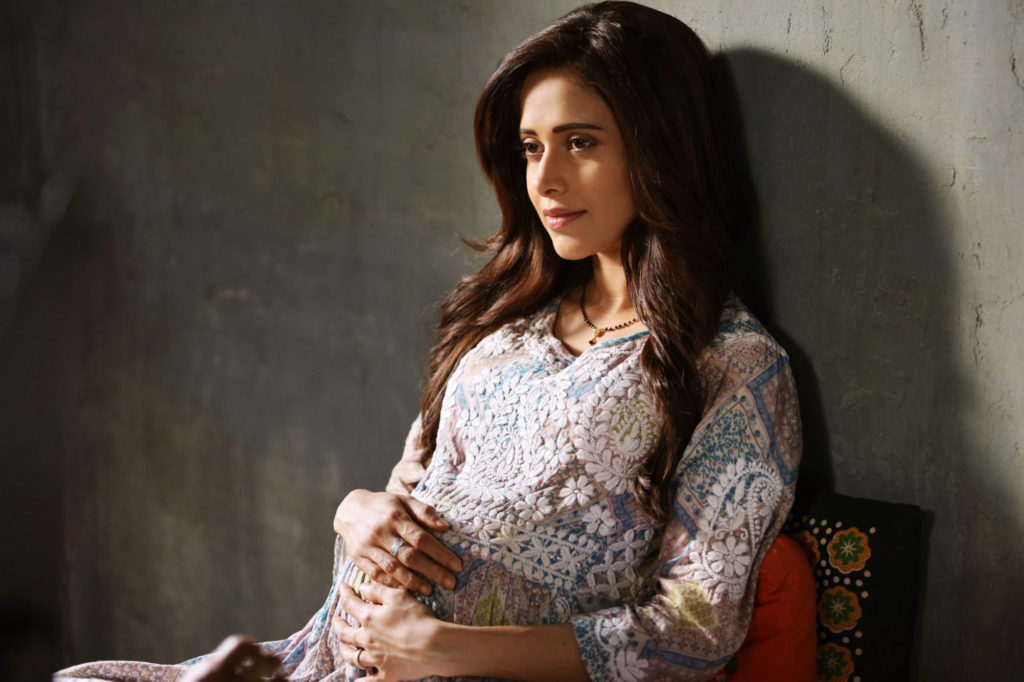 Q: As an actor, do you feel horror requires a different kind of prep from you?

A: I don’t know if horror as a genre, has a different prep or not. Because specifically in this film, it’s a very story and narrative-based film. The horror happens around it. It’s more of a situational space that she’s stuck in, which has these things happening around her. Primarily is a normal story, with the same sort of prep—being true to the character, bringing Shashi to life, having those emotions. If she is supposed to survive this, it’s going to be with her survival instinct. So how is she going to do that? And so on. I don’t think there’s a difference except for the fact that the genre is different but that doesn’t define the prep.

But yes, she’s eight months pregnant in this which was tough to get into. I was wearing a bodysuit that had an eight-month-old stomach, the same weight as what a baby in the womb at eight months would weigh.

I think I wore it for about 20 25 days before the film started, all day from morning to night. I would sleep in it, go to the bathroom in it, just to kind of understand physically, what are the barriers and what gets difficult to do for a woman in that condition. I would sleep in a different way. I would get up in a different way. I understand that a woman’s body language changes during pregnancy and I wanted to bring that in.

So, I put myself in it for like those 25 days. Apart from his physical prep. I spoke to a lot of mothers, women who were pregnant at the time and those who had already delivered. They shared with me their experiences because every pregnancy is different and I kind of picked certain things from different people and pieced them together for Sakshi, because a normal pregnancy would be her living in Bombay or having a normal life, people taking care of her, making her feel safe. I don’t think I know someone who is pregnant and actually in a space like this and can tell me why, and how they did it. So, I had to pick pieces of different people’s experiences and try and fit them into the film and the narrative, where what I do supports the film and keeps the film and the journey of the character in the film as true to life as it can be.

Q: It has been quite the trend with horror films lately to have a social message that ties into our real life, because I feel the real world we live in is its own horror story, especially in these times. From the looks of it, Chhorii does have that too….

A: Yes, and you really said it very well. We have orders on a daily basis that we have to battle and they don’t necessarily have to be supernatural, but they are still horrors, right? That’s what scares us and surviving those are survival stories as well.

So yes, Chhorii also has a very, deeper stronger, the story going with it and ending with it, which you shall discover when you watch it. I don’t want to give that away, but that is the larger horror and emotion that we want people to take back with them.

Q: Are you a fan of horror as a genre? What are your favourite horror films or stories?

A: I am a binge-watch of horror, but I get very scared! I put it on for 10 minutes,  then switch it off again. If I go to the theatre to watch, I’ll hide behind a shawl or something! The scary part comes and I don’t want to see it but I’ll still sneak a peek through my fingers or something, I am one of those people!

As for favourites, I think The Conjuring would be one of my absolute recent favourites. Creature features like A Quiet Place and Bird Box also make it to the list. These films make me wonder, how do people think of these stories? How does this happen? I’m also a fan of the entire Insidious franchise as well.

And if you go way back, I remember being very petrified of Chucky! My God, a children’s doll being haunted and killing people? What? I had all these dolls in my house and I was so scared they’d start talking or pull out a knife on me so I threw them away!

A: Water. I am very scared of water. I can’t swim. Even when I am in the shower and the force of the water is too much, I sometimes am gasping and reminding myself I need to breathe.

Q: Have you had any spooky experiences yourself, perhaps while shooting on set for Chhorii?

A: Ah, I don’t think so. They tried to scare me by saying, “Oh those oximeters that they check oxygen levels with, all of them just stopped working today suddenly!” And I’m like, “Come on, please. They’re not working because you bought them from a faulty company. It’s not Paranormal Activity here!”

They were doing all these tricks to just kind of freak me out, but none of it worked!

Also Read: Nushrrat Bharuccha Has A DIY Hack For Eye Bags That You Can Do While On Your Way To The Office

A: It just went by very fast, both 2020 and 2021. It felt like I blinked and they’ve gone. Now that you’ve mentioned it, I am wondering what did I do for last New Year’s! I have no memory of it and already this year is ending too.

I think this situation that we were in with the lockdown and the virus taking so many lives, people losing loved ones, and not being able to perform or work… has taken such a toll. Every day I would wake up with some sad news, and it’s just been one bad news after another. I think the year was very heavy, very daunting. But it also kind of makes you sit back and thank God for everything that you have and everything that he has given me.

I’m just filled with so much gratitude that I have the people I have with me still in my life. I’m able to work and I’m able to lead this life and I’m just, truly, truly blessed. I have no more demands, nothing more to ask the universe. I’m happy with what i has given me.

I think we all echo Nushrratt’s sentiment here. Blessed and ready to have a year of healing where the only horror is the fictional one we see on our screens!

Chhorii will streaming on Amazon Prime Video this Friday, November 26, 2021.