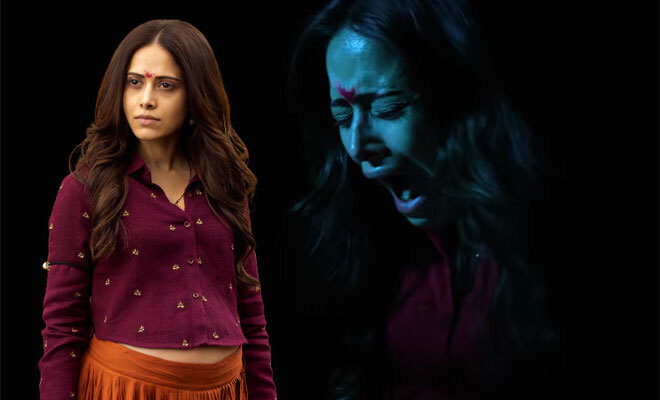 With Halloween long gone and the spooky season over, I thought that we were past that time of the year when horror as a genre in entertainment is usually the most popular. So I was surprised and kaafi interested when I saw the newly released trailer of the upcoming Bollywood horror movie Chhorii, directed by Vishal Furia, starring Nushrratt Bharuccha, Mita Vasisht, Saurabh Goyal, Rajesh Jais, Pallavi Ajay, Yaaneea Bharadwaj and others. The trailer which was released by Amazon Prime on their YouTube channel already has 2,023,972 views and was released on November 16. The movie is a remake of a Marathi horror movie called Lapachhapi which was also directed by Vishal Furia. Having watched the Chhorii trailer thrice already, I thought I’d give the 5 thoughts that popped into my head about it:

1. The trailer of Chhorii itself is way too ambiguous. And I know that mystery and ambiguousness is what horror movies demand but this trailer legit gave me no real idea of the basic premise of the movie. We are just made aware of Nushrratt Bharuccha’s character being pregnant in a rural area that is haunted by some urban legend that has not been specified. While the trailer should not leak the entire plot of the movie, it should at least convey enough for the viewers to be interested. I feel that compared to Chhorii, Furia’s Lapachhapi trailer did a better job explaining the basic premise while still being nuanced about maintaining the mystery.

2. The trailer kinda seemed lacking. It was a very uninspired and pretty cliche horror movie trailer. Intense music, random cuts, jump scares and children saying words in the background to add to the creepiness. The only thing is that the Chhorii trailer was so generic of a horror movie trailer that I did not feel thrilled watching it at all.

Also Read: Nushrrat Bharuccha Has A DIY Hack For Eye Bags That You Can Do While On Your Way To The Office

3. Nushrratt Bharuccha’s avatar in Chhorii is what attracted me to the trailer. She plays the role of a pregnant woman stuck in a rural and isolated area full of horrors. This is a huge shift from the roles she has played so far. I also did not ever think I would see her in a horror movie. Not saying it is a bad thing but it is so different from what she has done so far that it was unanticipated and I am very interested in how her skills play out in the movie.

4. Because the director of both, Chhorii and the original, Lapachhapi are the same aka Vishal Furia, this one could be a promising remake. There is less scope for adulteration in the script and with how well the original did, it could mean the same for Chhorii.

5. The story of Chhorii does seem to rely on the archaic ‘chudail’ horror trope. While the movie hasn’t been released, it is clear that there are a lot of horror cliches that have been maintained. The ‘chudail’, a vulnerable pregnant woman, rural and isolated location and an old woman that knows more than she leads on.

Having said that, I am still interested to watch this one. Mainly because I want to watch Nushrratt Bharuccha in something different and Chhorii seems to be the best place to start. Moreover, the original did really well too and had amazing social commentary. With the same director behind a Bollywood remake, Chhorii shows promise. The movie is set to release on Amazon Prime on November 26 and I don’t know about you guys but I am all ready to shut my doors and switch off the lights as I experience the horrors that lie within Chhorii.