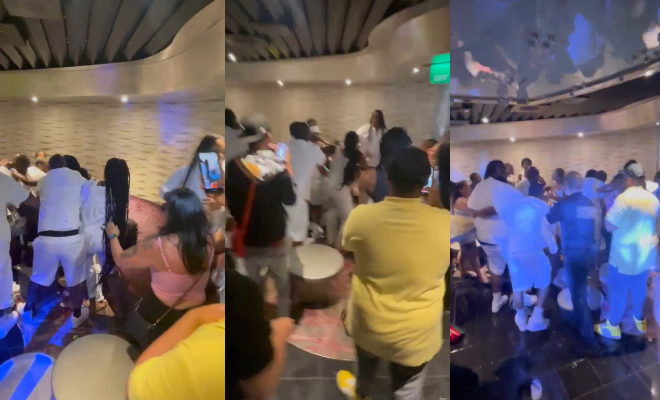 I can literally make a list of things that can go wrong when you are on a cruise ship. But do I still want to go on a cruise? Hell, yes! However, if there is one thing that I was concerned about was the fact that I thought I’d get bored and would want to leave. But then I’m not concerned about that anymore. Why? Well, cause – where there are people there is drama and I’m so here for it. What am I talking about? I came across a video that went viral on social media. In the video, you can see a fight break out on the dance floor of a cruise over an alleged threesome. Yep, you read that right.

Also Read: ouple Files 60 Cases Against Each Other In 41 Years Of Marriage, Supreme Court Says “Some People Like Fighting”

Sharing the video of the fight that took place, a passenger wrote, “last nights festivities on my carnival cruise”. Ever since it was shared, the video has had over 1,69,000 views on Twitter.

As per Ms James, the fight on the cruise began past midnight – at around 2 am – on the fifth floor, near the ship’s dance club and casino. She estimated that there was a point in the fight when there were 60 people actively participating in the fight. She also revealed that the ship’s security intervened and took control of the situation.

However, none of the passengers on the cruise that was returning to New York after an eight-day tour covering Turks, Caicos, Dominicana, and a private island in the Bahamas – could explain why there were 60 people involved in the chaotic fight.