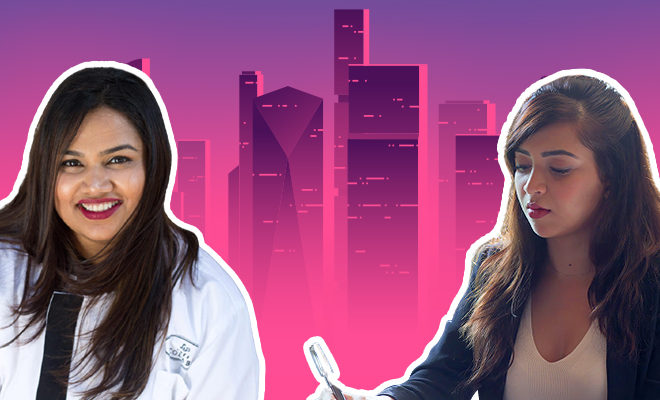 It physically hurts me that being single is still a crime in 2021. And I don’t just mean this in connection to our emotional and melodramatic parents, channelling Mrs. Bennett from Pride & Prejudice, and thinking it is sacrilegious that their daughter can’t find a husband. I meant the general attitude of people towards single women (and even men, for that matter) when it comes to things like financial decisions, buying and renting property and having a pleasant, happy life. And when I read that even a successful celebrity chef like Pooja Dhingraa wasn’t spared from this preposterous misogyny, it just made me throw up my hands in exhaustion.

Pooja Dhingraa, as you’d know, is a chef who owns the popular Le 15 patisserie chain. She’s a successful entrepreneur, an influencer, and counts the likes of Masaba Gupta and Sonam Kapoor as her friends. But despite her fame and self-made fortunes, she was turned down by a potential landlord when he found out that she was single. Pooja tweeted about it, and people were furious that she let that misogynistic pig have the macaroons she might’ve taken as a sweet gesture for them.

Was just told by a prospective landlord that he won’t rent to me because I’m single. Stormed out of the room (but left the macarons on the table). Sigh.

Unfortunate there are still people like this….
Fwiw, If I was the landlord I'd happily accept a daily batch of your rose macarons in lieu of rent! 🙂

How could you waste those delish things on a moron

Honestly, it sucks that in 2021, our houses and our mindsets are growing narrower.

Have y’all watched Bombay Begums on Netflix yet? You probably have. But in case you haven’t, Plabita Borthakur plays a character, Ayesha, who is a young working professional unable to find a decent apartment to rent in Mumbai. She works at a reputed bank, mind you. And just because she is a single woman who refuses to bring her parents down to the city to vouch for her or do the formalities, and smokes and drinks, she gets turned away by her original landlady and then by a couple of other housing societies.

We’ve seen a lot of this on screen, where single men and women have a tough time finding a rented apartment to live in. It gets worse if you belong to a racial or religious minority, are non-vegetarian, are an unmarried couple who wants to live in, or belong to the LGBTQ+ community (Arjun Mathur’s character in Made In Heaven). Because the general perception is these people will bring boys and girls over to have wild sex, smoke, drink, and party. It’s not a wrong perception, but it is wrong to think that these things are wrong only when single people do it. I mean, don’t married couples with families and children indulge in all these activities? Did you go into their houses and check what they do behind closed doors?

On Pooja Dhingraa’s tweet, several men and women replied with their own experiences of being turned away because of outrageous discrimination.

This is sad. But I've been told I can't rent a house because non-veg.

Systemic racism/sexism etc. needs certain rules – even if you own a house, you can't discriminate on certain grounds to rent. (US has this)

…. And we talk about women empowerment and progress in the 21st century. I am feeling bad you left those delicious macarons behind. Must name and shame such people.

Apparently, real estate isn’t the only place with such an attitude towards single women. Recently Twitter user Sambhav Chopra also shared how his financially independent sister’s independent housing loan request was denied by Kotak Mahindra Bank because she was unmarried. Seriously?

Just found out that my sister can’t get an independent housing loan from @KotakBankLtd because she is *unmarried*. Doesn’t matter to them if she’s financially independent. Until the next women’s day I guess. One step forward, two steps backward.

Seems like India needs better data analysts. Obviously there would be a stronger correlation on financial status, instead what all male excel experts ended up seeing is the martial status

When someone pointed out that this is something that even single men face when applying for a home loan, the question then arose, so what are single people supposed to do? Shouldn’t there be a provision to make this easier?

The same rules apply to men too. Basically they have mandate co applicant for home loans. @RBI needs to intervene, what will an single applicant do ?

I raised this few days back. https://t.co/GmKzgkYats

It is pathetic that single women and men are treated so unfairly when all they want to do is make a home in the city and earn their livelihood. This attitude needs a drastic transformation, and definitely a government imposed standardisation that prohibits discrimination on the basis of gender, caste, religion, race, dietary preferences or sexual orientation.