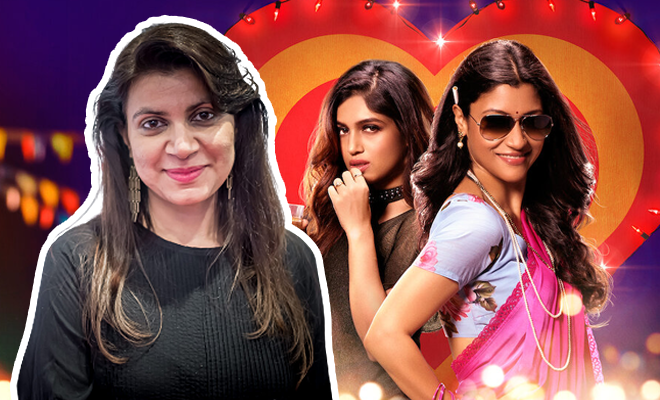 Alankrita Shrivastava Says Women Filmmakers Are Judged More Harshly Than Male Ones. There’s Some Truth There.

I’ve always held filmmakers in high esteem. It can’t be easy to put together an entire three-hour spectacle and then have millions upon millions of people judge you for it. Every tiny detail scrutinised, every little error highlighted. And yet, there’s that exhilaration come Friday, when the fruits of your labour are well received by your intended audience. For women filmmakers, this journey and the adulation at the end of it are somewhat elusive, unfortunately. For starters, simply convincing the right people to back them up based on their capabilities and not gender can be a task. And as writer and director Alankrita Shrivastava pointed out, women filmmakers are judged much more harshly at every stage than their male counterparts.

Filmmaker Alankrita Shrivastava has an impressive filmography when it comes to stories about women, for women. She made her directorial debut with Turning 30, and went on to direct Lipstick Under My Burkha, Dolly Kitty Aur Woh Chamakte Sitare and episodes of Amazon Prime Video’s International Emmy nominated series, Made In Heaven. In a recent interview, she was talking about her upcoming web series for Netflix, Bombay Begums, which stars Pooja Bhatt, Shahana Goswami, Amruta Subhash, Plabita Borthakur and Ivanka Das, and flows in the same vein as her previous projects.

In the interview, when asked about the kind of challenges that she faces as a director on such projects, Alankrita pointed out that being a women filmmaker comes with its own set of unique challenges, and gender bias being one of the biggest ones.

“It is much harder for women to make even their second film. They are judged more harshly. A lot of it is just outright that they don’t want to work with women. There is an inherent bias. Since my films are so steeped in exploring gender, I have a different set of systemic issues to deal with on top of that.”

I don’t need to be in the movie business to know this to be true. In my conversations with women producers like Ashi Dua (Lust Stories) and Pooja Kohli (Delhi Crime), there’s always been an agreement upon the fact that OTT has opened up this new platform for women centric content, mainly because there’s no pressure attached of ringing in Box Office numbers. Evidently, this can also be attributed as the reason female filmmakers and content creators are getting more opportunities to create for OTT. But, come on, haven’t they proven themselves enough?

Recently, Wonder Woman director Patty Jenkins too spoke up about something similar, where she was embroiled in a dispute over her director’s salary for Wonder Woman 1984. Turns out, Hollywood with all its notions of progressiveness is not all that off paper, and believed that Jenkins was not entitled to what she was asking for. Why? Because, you know, woman filmmaker, and she’s barely a film old. The fact that her Wonder Woman gave Warner Bros. one of the biggest releases they’ve had was conveniently ignored, until Patty Jenkins put her foot down and was ready to walk if she wasn’t paid what she wanted. Jenkins will soon be working on Wonder Woman 3; the sequel was greenlit just days after WW84 released, as well as a Star Wars movie, Rogue Squadron. Naturally, it’s not going to be an easy ride.

Alankrita Shrivastava is right then. The game’s quite rigged against female filmmakers because even if they do manage to get their film made and released, the scrutiny their work gets is much more intense. Because the general belief is that women are not as capable filmmakers as male directors. Luckily, the tides are turning, with women-centric content making huge waves on the awards and film festivals circuit, and OTT empowering more female content creators to flex what they’ve got. Hopefully, trusting women filmmakers is one of the many lessons we’ll takeaway from 2020.

Anushka Sharma Said Women-Led Films Are Much Braver Because The Story Is The Hero. We Agree With Her