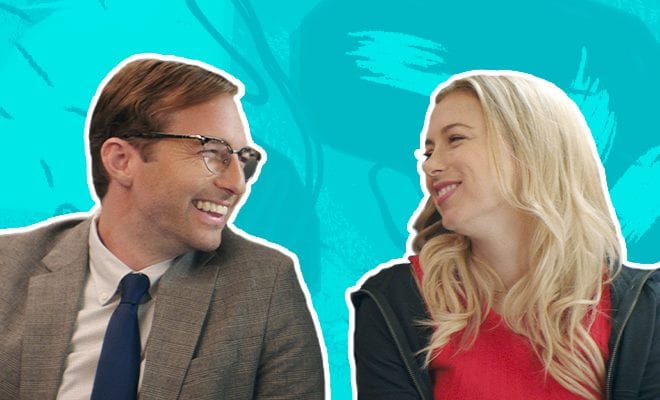 I had two very good reasons to watch Good On Paper, which is currently streaming on Netflix. One, it positioned itself as a romantic comedy, and I am a sucker for those. Although, it turned out to be slightly darker but then not quite, which is still okay, I guess? Second, I really enjoy watching Iliza Shlesinger do comedy. Her specials on Netflix are hilarious, and I recently watched a documentary called Hysterical at the SXSW Film Festival (and on FX) featuring her and her fellow female standup comics (including Margaret Cho who is also in this movie) that I loved. There was a third reason too, much more abstract, in that the film’s premise was something I thought I might find intriguing, considering my dating history is full of guys who are good on paper but not so good in practice. Or not good at all.

Good On Paper, directed by Kimmy Gatewood and also starring Ryan Hansen and Rebecca Rittenhouse, is pretty refreshing spin on rom-coms. Shlesinger plays Andrea Singer a 34-year-old stand-up comedian who is trying and failing to land a decent acting gig in Hollywood. Her dating life is pretty chill, but love isn’t a priority. That is until she meets Dennis (Hansen), a dull, nerdy dude with his own sweet charm who takes the indispensable friendzone route before parking in the boyfriend spot. Andrea’s best friend Margot (Cho) initially urging her to give Dennis a chance, starts getting suspicious of his claims about his job and Beverly Hills home. She urges Andrea to embark on a wild goose chase to uncover who Dennis really is. And well… appearances are most often deceptive!

The film is powered by Iliza Shlesinger’s witty and smart writing and her dynamic screen presence. In terms of performances, she is well-supported by Cho, who seems like she is playing herself, and Hansen, who gets the suspicious nerd guy vibe right. The story is partially based on Shlesinger’s own “mostly true” dating experience, which she has previously talked about in her standup gigs. And I loved how Gatewood managed to weave in actual clips of her standup after relevant scenes, like a Greek chorus of sorts that commented on the actions of the characters.

I won’t say Good On Paper is absolutely impeccable on paper. I spotted two major points where it could’ve done better. One, by trying to make Dennis’ lies a tad more convincing. During the final act in the courtroom (oh yes, shit gets intense), we see an almost early psychopathic side of Dennis that doesn’t flash until the very end. I would’ve loved to see the story, if it had to deviate from its source true story, to go a little big on this aspect of Dennis’ lying. And this directly ties into the second issue I had with the film—it made Andrea look gullible and stupid. She’s a smart, experienced woman, who wouldn’t fall so easily for such obvious lies and gaslighting. Had they been more creative… maybe!

Despite these, I still think Good On Paper makes for a really fun watch; I’ve been recommending it to my girl friends every chance I get. But also because there are some key lessons that we women can take away from this film that might help us in our dating lives, and even save us from falling prey to gaslighting! 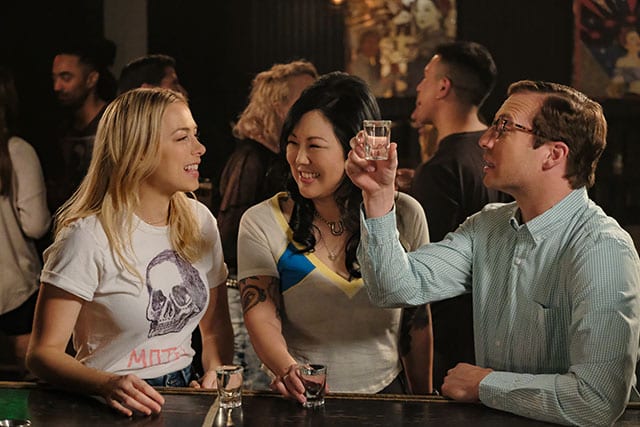 There are countless instances when Andrea Singer second guess her decision to date Dennis or believe what she says. And at one point, she admits that she should’ve listened to her gut and stuck with her plan to not pity-date the guy. Our women’s instincts, thanks to evolution, are pretty bang on, and more often than not, they can save us from a bad fate. So please, listen to them!

2. If you have a ride-or-die friend, trust their instincts too!

As in Andrea’s case, our instinctual judgement can sometimes get clouded because of our emotions towards a person. At such times, if a friend or loved one tries to warn you, don’t get defensive and dismissive of them. Listen to them, because they care for you. You don’t have to end a relationship right away or let the seed of doubt flourish into a full-grown banyan tree. But you can at least cover your bases and be glad that someone has your back.

Especially, if that person is a trustworthy friend and an absolute ride-or-die like Margaret, who would happily participate in a plan to spy on your ex and interrogate them! (Just kidding, kidnapping someone is illegal and will land you in jail, so glad the movie tackles that.)

Also Read: 5 Thoughts I Had After Watching The ‘Never Have I Ever’ Season 2 Trailer: A Messy Lead, A Love Triangle And Competition? Gimme Gimme!

3. Understand what gaslighting means so you can spot the signs early and dodge it.

Good On Paper is a massive lesson in how men can gaslight women into thinking whatever bad happened was their fault. Every time Andrea tries to ask difficult questions, Dennis tries to dodge them, or make her feel bad for doubting him, making her think that she is being paranoid. Toward the end of the film, he takes the gaslighting to insane heights when he tries to pin his deception on the assumption that had Andrea not been at a bad point in her life, she would never have dated a guy like him, and so he had to pretend to be a different person so she would at least talk to him. So what? Now we are to make women feel bad for having a ‘type’ in the men they want to date? 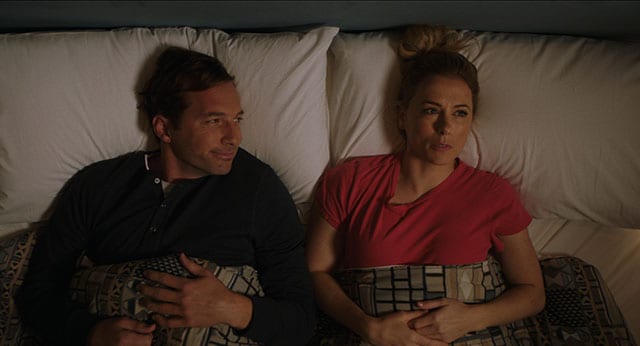 There’s a very important and impactful line that Iliza Shlesinger says in her monologue. “Isn’t that what scorn men do when they don’t get what they want from a woman? They label her crazy.” Gaslighting has become so common these days. It is important to understand all the ways that this can be employed in relationships, so you can spot the signs early and dump their ass.

Heck, in any relationship, whether it is dating, marriage, friendship or family, gaslighting is not okay.

4. It’s okay to be single well into your middle-age, but also feel lonely and want companionship.

As Margaret points out, what she loves about Andrea is that she’s way into her 30s and is not concerned about marriage or her biological clock ticking. It’s actually refreshing to have a rom-com that does not begin with the girl complaining about her stagnant love life. In fact, she’s happy to devote all her attention to her career, but not in a toxic way that requires some guy to come show her a new way of living. Nope, she is just like you or me, sufficiently focused on her career, perhaps plagued with the same issues as us, and continuing to get her needs met without sighing too heavily for the love that she doesn’t have in her life.

At the same time, you do see how Andrea’s loneliness plays into how she take on her relationship with Dennis. It’s okay to admit that even though you choose to not get married or be in a serious relationship, you still do occasionally miss the comfort and dependency that a steady partner can bring.

5. Get to know someone well before you share important details with someone

While Good On Paper is still a very sanitary version of dating gone wrong, you can see how things could’ve easily turned horrifically bad for Andrea in the real world. For example, Dennis could’ve easily defrauded her for money, because we find out he was in debt. Or he could’ve kidnapped her and harmed her during that weekend trip they undertook. Stealthing could happen? Yes it could. And he could easily use her phone to create some more mischief in her life, and manipulate her further.

All it takes is a simple scanning of her lost boarding pass for Dennis to find out all he could about Andrea and come up with this elaborate ruse. It’s scary! So don’t second guess yourself and always make sure you know a person well enough before sharing intimate details about your life with them. You never know what information they might use to entrap you!

Alright then, I hope you’re wiser now, and treading carefully. If you need more convincing, just watch Good On Paper!