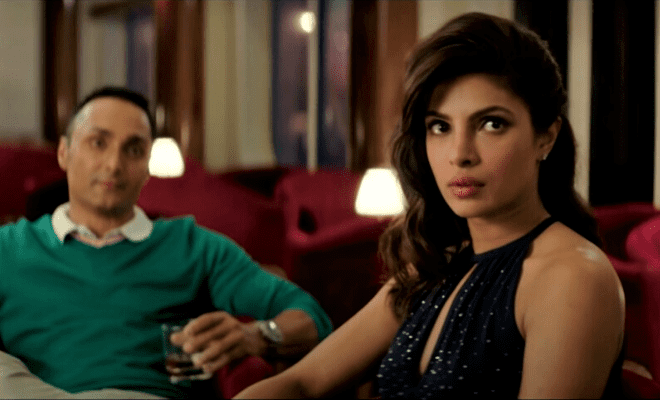 Your Husband “Allowing” You To Make Your Own Choices Is Problematic

In February this year, Samira Zargari, Iranian ski coach of the national team was all set to be in Italy as her team participated in world championships. However, she couldn’t because her husband Yusouf Ettefagh banned her from leaving the country. Samira did all the hard work but couldn’t bear the fruits because her husband wanted to sabotage her career. She revealed he has been in an affair with her friend. Yusouf, a man with dual citizenship – of US and Iran – is completely aware of women’s rights since he lived in the US where laws acknowledge equality. But in the comfort of patriarchy, he didn’t refrain from using his privilege to his advantage.

In 2015, Niloufar Ardalan, Iranian football player was banned to travel abroad for a tournament by her husband. Why? Because it coincided with their son’s first day at school. Why do women require written permissions from their husbands to travel abroad? And yet, these husbands are looked at as rather progressive because at least they “allowed” their wives to work.

While India doesn’t legally impose such restrictions on women, socially and culturally, women are still expected to seek their husband’s validation – for almost everything. It’s so deeply embedded in our culture that we don’t even realise we are doing it.

I had gone out with friends and friends of friends for a getaway and one of the ladies just kept talking about how her husband usually doesn’t allow her for such plans. Another lady said her husband is super sweet and allows her to live her life. It really pricked my understanding of equality. When I couldn’t hold it in any longer, I simply asked, “What do you mean by “allow”?” Why do you need your husband’s permission to make plans with your girlfriends? And these millennial women told me that their millennial husbands don’t say it outright. They don’t say those words but there is passive aggression. The husbands stop treating them with love or withdraw from sex – these are all ways of emotional manipulation to control women. And then these wives just end up seeking their approval, even though it doesn’t seem like it.

It’s wonderful that her husband doesn’t become an obstacle between her and her dreams. But to think that he “allows” her means he hold more authority in the relationship. When a person seeks their partner’s permission and their partner is in position to approve or disapprove, no questions asked, it shows that there is a power imbalance here. Does the husband require permission to work, to change jobs, to go out with his friends? Why does the wife need his approval?

I believe younger men are doing it in a very subtle way – like the women I met said – they don’t spell it out but use manipulative techniques to control them. And when the husbands do let the wives do what they like, my question is, why do they “allow” you? Why do they “give” you the freedom of choice when as per our constitution and human rights, it’s already yours?

When you ask yourself these questions you realise that you have been giving your partner a superior position by seeking their approval – and they have been acting like you owe it to them!

It threatens your autonomy

I have been curious, so I did a Google search to see what the netizens feel about this dynamic. I came across this Quora thread, in which someone posted, “Does your husband allow you to go out with your friends?” Now the individual here just wanted to know whether husbands are letting their wives go out. They didn’t even realise that the question itself exhibited a rot that is much deeper.

Netizens – Indians from all age groups – pointed out the internalised misogyny that plagues our society. “Once I was chatting with a couple of juniors at work. They asked “Does your husband allow you to visit your parents?”. I replied, “ Wait what? Allow??? Who asks permission? I just inform my husband that I’m going there on so and so date/time and will be back by so and so date/ time”. They were like “you’re lucky” and I was like “nothing about luck, it’s how things are supposed to be”,” a woman wrote.

“I strongly believe that “allow” in this question is real problem we face in this society. Many who call themselves educated don’t have the basic understanding that his wife need not ask permission to meet her friends. Why? I say why is even the world say any wife requre her husband’s approval over her personal choices? Isn’t she independent and strong enough to make life choices of her own,” a guy wrote.

Women have the autonomy to make our choices. If you don’t have the agency to make small choices – like working, going out with friends, visiting your parents, spending money, etc, how do you expect to have a say in bigger matters? Your sexual and reproductive health, as well as your right to refuse sex remains under threat when your agency is stripped away – in ways big or small.

ALSO READ: If He Says These Things In An Arranged Marriage Setup, Run For Your Life

When you get married, a little co-dependency can work to your benefit. I would not seek permission from my husband like he is my master. But I would like it to be the norm for both of us to check with each other. If I am switching jobs, I would keep my husband informed and consult him for his opinion. The final decision should remain mine. If my friends are making plans, I would let my husband know. And I would expect the same from him.

Two equals, two adults in a marriage don’t need each other’s permission. So if you’re glad that your husband allows you to do so many things, you need to ask yourself – why do you need his permission?