Rhea Chakraborty’s Picture With Rajiv Lakshman Attracted Trolling. Why Are Women Criticised For Moving On? 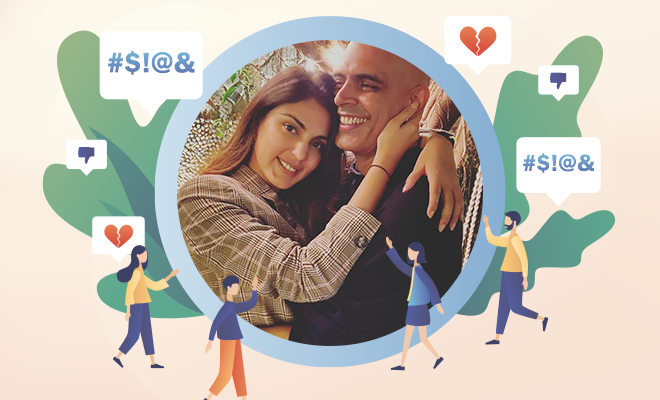 They say the national game of a country is usually based on popularity or history of the sport. So if that’s how it is, why is it field hockey for India and not witch-hunting? I see much more people vehemently participating in the latter since forever. In fact, I don’t see people fighting for women’s safety with as much passion and effort as they put in taxing Rhea Chakraborty for existing. How can the world not harass the woman who was Sushant Singh Rajput’s girlfriend? The woman must be blamed and put under media and public trials because sab law toh humne hi padh rakha hai. The sexual offenders meanwhile roam around with their feet unchained and their penis pride unpunished. Our priorities are fucked as much as our perception towards women.

Today, Rhea Chakraborty is the most hated person in India surpassing the worst of criminals people stopped caring for. So today, when I woke up to Rhea’s picture with Rajiv Lakshman, I knew this wouldn’t pass without causing a redundant uproar. He was the one to upload a picture of them together on Instagram with the caption, “My Girl.” There was no room for doubt. The last few months were eventful for her, to put it in milder words. It’s for the world to see – she has undoubtedly moved on and seeing another man or so the world thought.

But while our country has not moved on from their version of loss, these trolls are just not able to digest that Rhea could choose to put it behind her. Why is grief romanticised and healing seen as ugly? If she gave her life up and never loved anyone ever again, people would praise her but because she chose to move on, she must be a bitch. Wow. 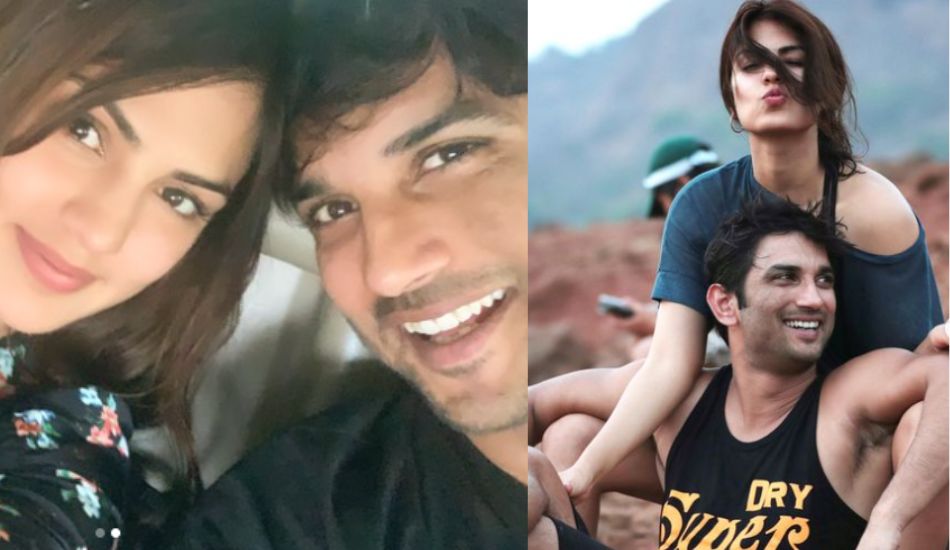 We wish her all the strength.

Trolls started attacking Rhea Chakraborty on the post using all sorts of abusive language to spew venom at her. Several people said she is on the lookout for a new ATM, that she wants to loot him and his life is apparently in danger.  “Ab iska bhi account Khali karne me lagne wali hai girl ready for new project,” a troll wrote.

However, some people came forward to support her healing journey. A user wrote, “More power to you @rhea_chakraborty” People congratulated her for having moved on. But these people were fewer than those who acted like she has no right to love again. The court trials mean nothing for these people as in their heads she is already the villain.

But turns out, this isn’t limited to Rhea. The masses got upset with Sushant’s ex Ankita Lokhande celebrated her birthday. She celebrated her 36th birthday last month and it didn’t go down well with people who got mad that she didn’t stop living her life. What is so wrong with healing? Why are the ex-girlfriends of a deceased man not allowed to move on?

Only we have the imprimatur on the time needed to move on in life and society has no say in it, even though they act like they do. This is ridiculous, Ankita and Sushant were in a relationship years ago and we all need to move on.

Several male actors have worked and celebrated life, even after their parent passed away and none of them were blamed for having done that. So why are women expected to grieve for eternity? This kind of mindset takes us back to the widow culture in which a woman is expected to wear white or pale clothes, stop using makeup or jewellery and refrain from fun activities. It’s like expecting a woman to jump in the funeral pyre because that’s a true test of her character and dedication?

On 14th July, Rhea Chakraborty had posted her pictures with Sushant Singh Rajput along with heartfelt words. “Still struggling to face my emotions…an irreparable numbness in my heart. You are the one who made me believe in love, the power of it. You taught me how a simple mathematical equation can decipher the meaning of life and I promise you that I learnt from you every day. I will never come to terms with you not being here anymore,” she wrote.

She went on to reminisce the love they shared. “You were everything a beautiful person could be, the greatest wonder that the world has seen. My words are incapable of expressing the love we have and I guess you truly meant it when you said it is beyond both of us. You loved everything with an open heart, and now you’ve shown me that our love is indeed exponential,” Rhea wrote. “To infinity and beyond,” she concluded.

“It will take every ounce of strength in me to watch you. You are here with me , I know you are ….I will celebrate you and your love, The Hero of my life ..I know you will be watching this with us,” Rhea had written sharing a poster of Dil Bechara.

ALSO READ: You’ve To Admit Rhea Chakraborty’s ‘Let’s Smash The Patriarchy’ T-shirt Was Pretty Cool. Here’s The Story Behind It

ALSO READ: This Thread On Reddit Shared All The Takeaways For A Woman From Rhea Chakraborty’s Case. It’s Painfully Accurate