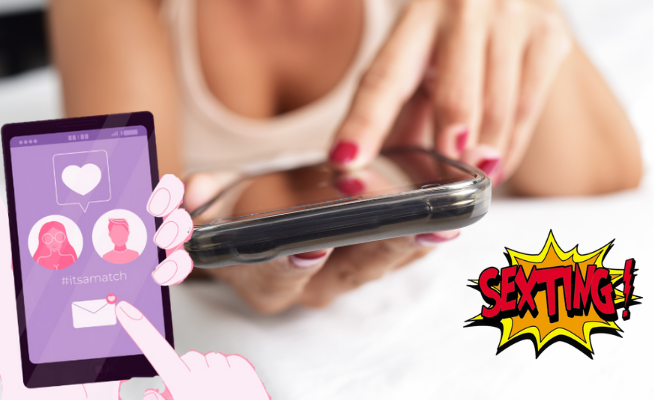 Most Women In Misogynistic Societies Use Technology To Explore Their Sexual Desires, Says Study. Sexting For The Win

Being aroused is natural and yet we are shamed more for having desires than men for forcing theirs on us. Sex is largely considered taboo and if men, the section that has an upper hand essentially are still somewhat embarrassed by it, can you imagine the suppression women go through? Oh wait, nobody has to “imagine” it because it is so common that most women know it. Women in developing countries are seen as available and easy if they are seen drinking alcohol. Women who dress non-conservatively are seen as vulgar and asking for it. The recent Bengaluru incident in which actress Samyuktha Hegde and her friends were harassed by a lady and her goons for wearing a sports bra is an example of the same. The lady said Hegde was stripping in the park and used aggression on them.

What can you tell from the fact that women can’t even dress how they want because poor men cannot keep it in their pants then? Like what is this torture on men? Why are women existing freely and provoking men to molest them? Such disgusting mindset has had women pretending to be anti-biology and acting like they are above sexual desires. In bedrooms, women pretend that they don’t need to be pleasured intensely while their husbands stop after they have climaxed. Our sisters have been labelled whores for sleeping with their dates, they have been slut-shamed for having casual sex. A woman’s virginity is seen as more precious than all her degrees, her heart and her mind combined.

After a night of casual sex, men walk out with a spring in their step flaunting their messed up hair and wrinkled shirt. Women have a walk of shame as they try to make sure nobody sees their previous night’s party clothes, smudged mascara and a hungover but glowing face. So how on earth are women supposed to seek ways to improve their sex lives in a society that is so judgemental and biased? We turn to technology that offers us privacy and space.

The Kinsey Institute at Indiana University and Clue, a Berlin-based female health company conducted a global survey to find more about women’s sex-tech engagement. “Based on responses from 130,885 women in 191 countries, we assessed how women around the world interact with mobile technology for sex-related purposes, and whether in areas of greater gender inequality, technological accessibility may be empowering women with knowledge about sexuality. We investigated women’s use of technology to find sexual partners, learn about sex and improve their sexual relationships, and track their own sexual health,” the study informs.

The study revealed that women in developing countries with greater gender inequality were less likely to use tech to find a sex partner. However, when it comes to sexting, women in these countries (like India) are indulging four times more than women in countries with lesser gender inequality. “Women in countries with greater gender inequality were less likely to have used mobile apps to find a sexual partner, but nearly four times more likely to have engaged in sending and receiving sexts,” the study read. I believe that women are still afraid to take their sexual desires offline – because it has a lot of risks for us. Firstly, doing so without having anyone find out and then how much can you trust men who think the woman they are sleeping with is probably a whore. Or men who cannot accept rejection. Or men who can end up trafficking you! Women in misogyny-plagued countries are scared of their safety and the consequences, which is probably why they are channeling their desires digitally.

Women in less patriarchal regions showed more openness to find sexual mates online. “About one-fifth reported using mobile apps to find sexual partners. This use varied by region: about one-third in Oceania, one-fourth in Europe and the Americas, and one-fifth in Asia and Africa,” says the study.

Most women used sex-tech to keep intimacy alight while apart. “Staying connected when apart was the most commonly selected reason for app use with a sexual partner. About one-third had used an app to track their own sexual activity. Very few reported that the app they used to improve their sexual relationships was detrimental (0.2%) or not useful (0.6%),” the study informs.

So essentially, women in areas of greater gender disparities are turning towards sexting and technology to possibly find a haven to explore and express their sexuality. “ sexting may provide a safe space in which one can experiment with sexual desires and expression via production of sexual media, with anonymity if desired [47]. This may be particularly important for women in areas where it would be unsafe to engage in any form of outward sexual expression,” the study says.

Women are also seeking information online because our culture promotes abstinence-only sex education but that does not deter our sexual desires. “Seeking sexual information online indicates that the searcher has a need or desire for additional knowledge about a specific aspect of sexuality. The searcher may not have another venue for accurate and relevant sex education, or may be in an area or group in which talking about sex-related subjects is considered inappropriate or dangerous. Alternatively, these searchers may have received sex education and information from others, but this information may have been negatively balanced or fueled by a political or religious agenda, such as abstinence-only sex education,” the study points out.

The study concludes, “These findings may inform large-scale targeted studies, interventions, and sex education to improve the lives of women around the world.” I hope it does!

ALSO READ: Netizens Open Up About Things They Wish Were Talked About In Sex Education Class