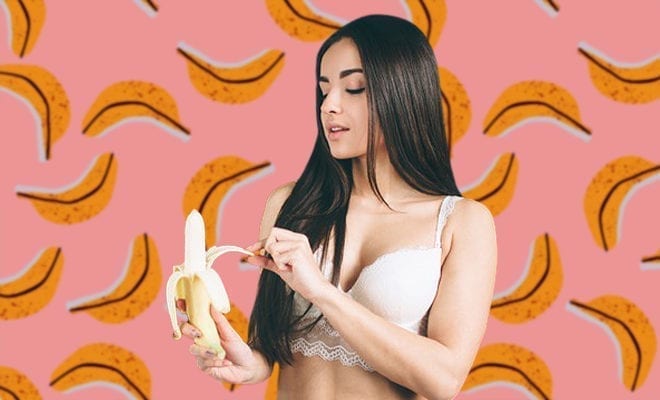 Does size matter? Does it matter how well-endowed he is down there? The experts say there are several sex positions that can work well while doing it with a man who has a small penis. Experts also say that a smaller member can give you immense pleasure too. Honestly, a guy with a larger penis can totally suck in bed and not in a way you like. And a guy with a smaller one can show you the stars. The size isn’t everything.

However, while it’s not easy to predict how good a man will be in bed until it’s time to cross that bridge, turns out the ‘big nose big hose’ theory is actually true! I mean, a lot of just dismissed it like a silly belief when they’d say that. They also say that about feet so…

Now a study has proved that this phenomenon is actually true. Researchers at Kyoto Prefectural University of Medicine found that there is a strong link between nose and penis size. The study says that men with larger noses had a stretched penile length of 5.3 inches while those with smaller noses were around an inch short down there too.

The researchers really took one for the team because the study involved things that may make you feel a little gross unless you are completely comfortable with imagining dead penises. Yikes! So they looked at the corpses of 126 men and measured different parts of their body. They measured the length, height, weight and girth of the flaccid penis. Now since the dead can’t quite get an erection, the researchers who probably hate their job now, manually stretched the penises to measure the length. The scientists say that gives an accurate length of penis when it would be erect. Apologies for the graphic description. Hopefully, you aren’t reading this while chewing on a banana.

Turns out, men with bigger noses have larger penises when erect. Nose length doesn’t really strongly links to the length of flaccid penis because the elasticity of each penis is different. However, it does directly co-relates to the stretched penile length.

The study observed, “The fact that nose size is related to SPL indicates that penile length may not be determined by age, height or body weight but has already been determined by birth.”

“Although our results are useless for forensic purposes, understanding the growing process of the penis or facial features may be very important for extrapolating fetal androgen levels and following male genital functions,” the researchers wrote. “This study is the first to demonstrate the relationship between SPL and nose size but is limited in Japanese male cadavers, and the reason why SPL and nose size are related is still unclear. Therefore, we consider it an interesting subject to pursue from now on,” they added.

ALSO READ: 7 Signs Of Mutual Sexual Tension, According To Redditors

This made me think of the scene in which Samantha is heartbroken because her romantic interest has a really tiny penis. And she feels horrible about hating it but sex is important to her! Does this make you go match the penis sizes with their respective noses? I mean, it’s not always true but if size matters to you, I’d say hit on that guy with a long nose!

The study was published in Basic and Clinical Andrology.