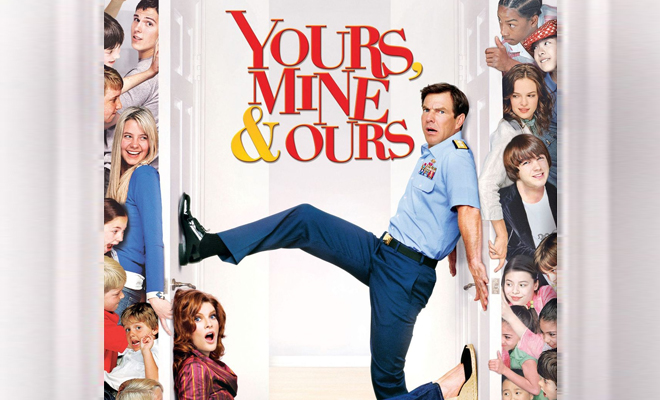 How I Met Your Mother

8 Movies That Are Perfect For Movie Night With The Family

Almost every one of us has had that awkward moment as a kid when a cuss word was hurled, or someone started making out on the screen, while we’d be watching something with our parents. Nobody – not even the grownups – would know what to do, and all of us would be collectively scarred for the rest of our lives by a fictional character. As an adult, things are different, but no matter how chill you may be with your folks, do you really want to be watching the likes of Sacred Games over the next movie night with the fam? Yeah, we didn’t think so. This is why we’ve drawn up a list of the best family movies you should stock up. Thank us later!

Three generations, each with their own agenda. Great performers, and performances. A closet homosexual, a younger sibling who feels wronged, an affair, and a very, very, very relatable family!

Every family has its drama. Imagine how crazy things would get when two people, with their own families – kids and all – try to come together!

This movie is a lot more than just about the relationship between Alia Bhatt’s character, and her therapist. It is about healing family wounds, especially, the mother wound, which most of us have!

4. This Is Where I Leave You

Brought together to mourn the death of their father, this mother and four siblings confront long buried issues in the course of seven days. But, make no mistake. It’s a hilarious watch!

The bond between a father and daughter is special, no doubt. But, what makes it even more so is when the father fights the world for the best for his daughters!

Here’s a family out to save each other, and the world! A family with superpowers, no less. Although the movie has some sexist undertones that we could’ve totally done without, it’s still a good watch.

Don’t focus on the details. Focus on the bigger picture, and you’ll realise that this is the story of a family caught in an inter-generational conflict. Which, at some level, is every family ever!

If Julia Roberts in all her breathtaking glory isn’t reason enough for you, this movie will remind you of the unbreakable bond that exists in families despite the many challenges that life throws our way!