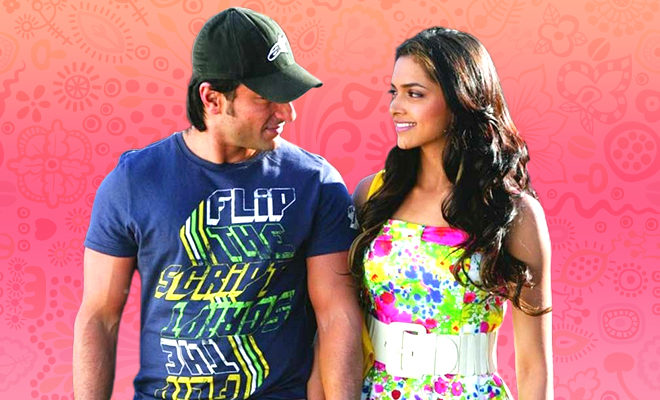 7 Signs He Is In Denial About His Feelings For You

The thing about being in denial is that the person in not aware of the fact that they are in denial. That or they are not willing to accept it. When it comes to love, some people like to pretend it doesn’t exist, hoping that will make their feelings vanish. Maybe they are afraid of being hurt. Maybe they feel they cannot offer you the commitment you need. Either way, some people like you, genuinely. But they act like they don’t because they cannot fulfil what comes after that confession. Like Naina tells Kabir in Yeh Jawaani Hai Deewani, it’s not enough to say “I love you”. What about it? What after that? That makes someone freak out when they feel close to you, even after having kept their guard up!

“We can use denial to hide from any negative emotion, including shame, fear, guilt, or distress. Yet denial can also mute positive emotions, such as excitement or enjoyment, when these emotions expose our vulnerability in a relationship or in an endeavor: Sometimes feeling positively may be just as threatening as negative feelings,” Mary Lamia, Ph.D., a clinical psychologist and psychoanalyst wrote in Psychology Today. “We may want to deny the reality of our emotions, because accepting a reality that is uncomfortable, painful, or incongruous to what we expect means we must also alter our perception of ourselves. Thus, if you are in denial, perhaps you are simply trying to ignore the truth about what you actually feel, rather than about what you are doing or thinking,” Lamia added.

So how do you know when he is sending you mixed signals? Some behaviours are on a sub-conscious level and these give it away. If he does these things, chances are he likes you and he is just in denial of his feelings.

When you are feeling low, he asks you if he can call you up. When you are happy, he brings over a few beers, orders a pizza and joins in your joy. When you want to rant about something, he is all ears. He takes a keen interest in your life and fulfils your emotional needs, possible better than your ex did, in a relationship!

We don’t go around making people happy unless you’re Santa. When he goes to a store, he picks a pair of sunnies because you’d like them. You told him you’re craving a croissant and he asks you out on a quick brekkie together. He knows you like a wedge of lemon with your drink and before you know it, he has already called for it. He wants to make your life easier. If he wasn’t into you, why’d he do that?

We don’t take dates we don’t care about to chill with our friends. Maybe once or twice if the casual lover is cute and fun. But would you want them to become a part of your social circle if they were disposable? When a guy likes a woman, he wants her to be present in his social gatherings. And if you’re already getting along with them like a house on fire, he wants you in his life, even if doesn’t say it.

You go out (he doesn’t call it a date!) but it’s just the two of you and things are quite romantic. You both have an amazing time, he even opened up like never before. Sparks were flying in all directions and it all seemed so cute. That look in his eyes seemed like he wanted to say so much. And then he freaks out and pulls back because he realised he likes you and it clashes with being in denial about his feelings!

When you go out with someone else or you flirt with someone, he gets jealous. What confuses him more is that he doesn’t understand why he is feeling that way. He doesn’t say it because he doesn’t have the authority, yet. Meanwhile, he is not dating anyone else and spending all his lovey-dovey moments with you. Some committed people are less committed than he is. But the thought of actually labelling it freaks him out. Blame denial!

He hates it when you get hurt. This guy really cares, and knowing that you’re upset with him hurts him too. Whether you’re rational about it or not, he doesn’t just leave you to dealing with your own feelings. He doesn’t have you and yet he is afraid of losing you. Of course, he won’t say it because he is in denial!

ALSO READ: 7 Signs The Guy Who Seems So Much Into You Is Just Lonely

He never says things like he misses you or what you mean to him. But his actions speak! Just when you are getting convinced that he doesn’t really care about you, he surprises by little silent ways he does. He remembers the things you told him, he notices the little changes in your tone, he cares about your mood swings and would just go out of his way to put that smile back on your face. It sucks that he cares so much but is in such denial!

ALSO READ: 5 Not-So-Obvious Signs He Likes You Too