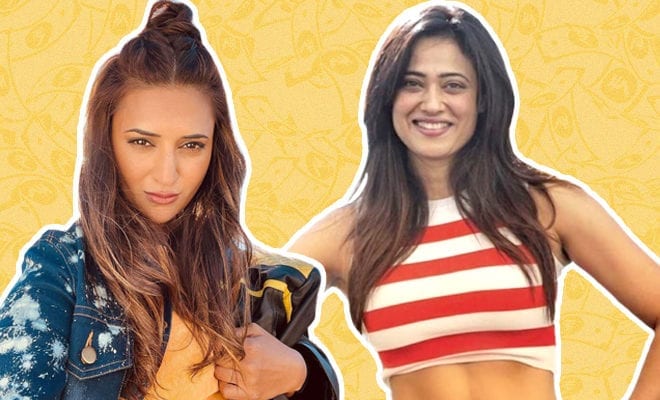 Indulging in celebrity gossip is a passion a lot of us share. From their personal lives to what shows or movies they’re going to star in next. We try our best to live vicariously through them. And even though am not the biggest fan of our TV content, the lives of people starring in these shows continue to fascinate and baffle me. For instance, I am sure you’ll have heard that Khatron Ke Khiladi is filming its 11th season in Cape Town, right? But you won’t believe how much the contestants are earning per episode. Two of the participants are two of TV’s most loved actress- Shweta Tiwari and Divyanka Tripathi and today we’ll be talking about how much they’re being paid per episode to participate in Khatron Ke Khiladi 11.

Before I let you in on this particular piece of hot gossip, let me walk you through the show. Khatron Ke Khiladi 11 is being shot in Cape Town and will feature 13 very well known celebrities. For all those of you that haven’t watched this show before, just as the name suggests, Khatron Ke Khiladi is basically a game/reality show where celebrity participants are made to perform death-defying stunts that bring them face to face with their own fears. This season of Khatron Ke Khiladi will be no different.

When I first heard the premise of the show, I thought to myself why would anyone want to perform these “death-defying stunts”? It’s like volunteering for the Hunger Games, only worse. But then I found out just how much these celebrity participants, namely Shweta Tiwari and Divyanka Tripathi, are earning per episode and it changed my perception completely. Are you ready to have your mind blown?

According to recent reports, for Khatron Ke Khiladi 11, Shweta Tiwari is being paid Rs 4 lakh per episode while Divyanka Tripathi is making a whopping Rs 10 lakh per episode. It’s absolutely bonkers. But I guess that’s what you get for agreeing to be locked in a cage with cockroaches or having to unlock yourself from a drowning car. Yep, this latter example was the final stunt of Khatron Ke Khiladi 10. I wouldn’t do any of this for anything lesser than what these two actresses are getting paid.

We wish Shweta Tiwari and Divyanka Tripathi the very best!

Divyanka Tripathi’s Ex, Sharad Malhotra Wants To Go On A Double Date With Her And Their Respective Spouses. That’s Gotta Be Awkward!