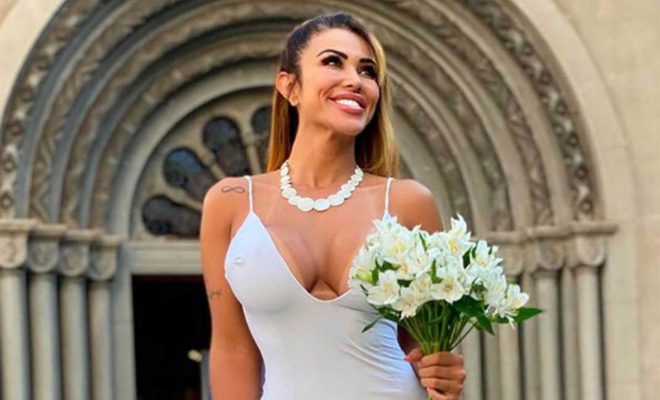 This Woman Married Herself And 90 Days Later, Divorced Herself Too. Okay, We Can Stan!

Self-love is such a popular concept nowadays. The idea of loving yourself rather than waiting for someone else to is very beautiful in my opinion. Moreover, not caring about someone else giving you worth and prioritising yourself is always a win in my books. I think I sometimes take this too far and decide that no one is worth it and hence, the whole thought of mujhe ye shaadi-vaadi nahi karni. Anyway, one independent queen, Cris Galera, actually decided to stop relying on men and married herself… and then divorced herself 3 months after.

Cris Galera got tired of relying on men and married herself in September. Honestly, mood. The model was having fun and embracing her alone time in solitude and wasn’t “disappointed” to not have a groom. However, it seems as though she was done being married to herself in 3 months.

Cris Galera belongs to Sao Paulo in Brazil and says that she has now started falling in love after “meeting someone special.” She told Daily Star that, “I was happy while it lasted,” she added, “I started to believe in love the moment I met someone else special.”

When Cris Galera was interviewed earlier about marrying herself she said, “I reached a point where I matured, I realised that I am a strong and determined woman. I was always afraid of being alone, but I realised that I needed to learn to feel good about myself. When that happened, I decided to celebrate it.”

Honestly, GOOD FOR HER, either way! Cris Galera realised she doesn’t need to rely on anyone to be loved and can be at peace with herself. And it is kinda heartwarming that she found someone special after she was able to fully love and accept her own self. After all, don’t we all want someone who loves us for who we are?

Groom Cries Tears Of Joy As He Watches The Bride Walk In. This Is Like A Scene From A Rom Com