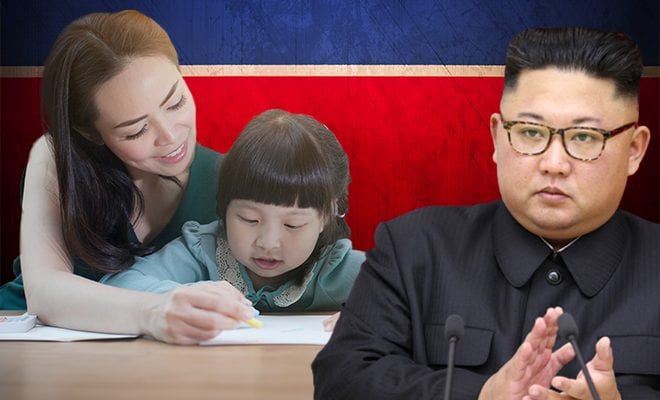 Men telling women how to exist is nothing new, considering that we live in a patriarchal society. And with most societies being patriarchal, it has become an overwhelming necessity for men to “advise” women on how to be more woman-like. Which is ironic in itself. What is even more amusing is when politicians take the stand and list out things thatmake a woman ideal, according to their lofty standards. Like Kim Jong Un has done. They speak about everything – from the clothes they wear to what they should do to show support – because women have no agency of their own and obviously shouldn’t have a say in how to be a woman.

Recently, the dictator of North Korea, Kim Jong Un, conveniently missed the Seventh Congress of the Socialist Women’s Union of Korea, but later gave a speech on the duties of women. In his speech on Sunday, he underlined why women should wear traditional clothing. According to him, the traditional clothing of women helps make “all the aspects of life brim over with our flavor, taste and national emotions.” After which the entire auditorium was filled with women in brightly coloured traditional dresses and a blue mask to complete the look. Having not ever been a woman or having an experience in the matter, we wonder why he thinks he knows, but apparently, he does.

He also commanded that women should go ahead and sing patriotic songs at construction sites and write empowering letters to the Korean soldiers to encourage them. Kim Jong Un also explained how they should show their support and what they should be weaned, he even had advice on how women should raise their children.

A man who loves control, it is no wonder that he has warned North Korean women to protect their children from “alien ideology, culture, and lifestyles.” Kim Jong Un believes that something as small as unusual clothing attire and various speaking styles is a “malignant tumor that threatens the life and future of our descendants.”

After the series of comments he’s made about foreign influence, this one is his latest take on the subject. Being a man and the ‘ruler’ of North Korea, he has ensured that every last aspect of a woman’s life is being controlled and watched. Because when you control the women of a society you hold the power to control the entire of society.