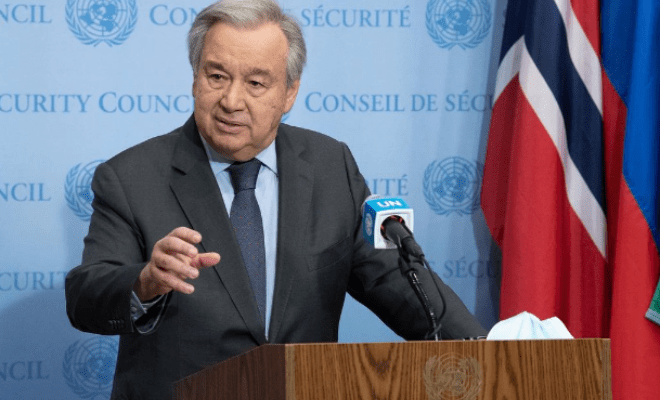 Eyebrows get raised when women hold managerial and powerful positions. Their leadership skills are questioned and women are also deemed incapable of making decisions outside of their household. This is quite evident on the global level as well and the United Nations Chief Antonio Guterres also agrees with this. In a recently conducted special meeting of the Security Council, UN chief Antonio Guterres has said that not including women in peace talks is doing more harm than good. We absolutely agree with him!

As per a report by NDTV, UN secretary-general Guterres gave examples of high-conflict zones like Ukraine, Afghanistan and Myanmar and said that the ‘lack of female representation’ in the peace talks of these cases highlights the power imbalance and how this along with patriarchy is actually ‘failing us’. He further said that women’s equal participation is ‘essential’ for not just building but also maintaining peace.

Antonio Guterres further said that this power imbalance results in men holding powerful positions while women remain excluded and their rights and freedoms are targetted ‘deliberately’.  He went on to state that amid Russia’s invasion of Ukraine, ‘millions of women and children’ are forced to leave the country. And those women who have not chosen to leave, are now providing social and healthcare support.

Hence, these women being at the forefront of the conflict, their perspective is very important in understanding the dynamics of the conflict and therefore their participation is key to resolving the same as well. Shedding light on how women are not allowed to actively participate in politics, Antonio Guterres has said that ‘misogyny’ and ‘authoritarianism’ are two sides of the same coin and they always go hand-in-hand.

There is a serious deficit of men who think like Antonio Guterres and we hope other leaders would take inspiration from him.