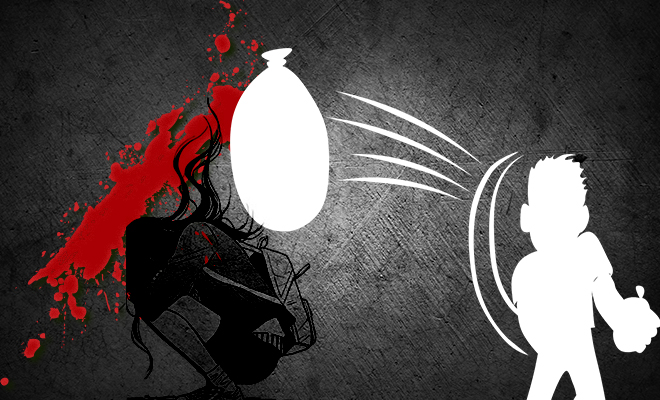 None of us are new to the misogyny and discrimination that plagues our society. The worse thing is that while it deeply disappoints us, none of this shocks us anymore. If we enlist the prejudices and gender biases we face, the list will just be an endless one. I feel like we are in bottomless pit of sexism, no matter how much we fight for our rights. I know it sounds very cynical but can you really blame me? Our issues are trivialised like they mean nothing. It’s not like there is no passion in the people of our country, but just not for the right things. For instance, eve-teasing and catcalling is often normalised by the misogynistic scum of our society who think that women must just ignore all of it and go on with their day. Add racism to it and we have an incident so horrible, I am vacillating between feeling rage and sadness. Why? Because our country loves to discriminate on gender, caste, colour and appearance and almost anything else.

While coronavirus has become a global threat and desperate calls are being made for preventive measures, people in our country gathered in large crowds to celebrate the festival of Holi because you know, fuck health. However, the same people found nothing wrong with humiliating two north eastern women and calling them coronavirus. I don’t know, did they think it was funny? Were they proud that they cracked a joke and reduced someone’s peace of mind and security to zero?

Two female students were attacked by six men in Kamla Nagar near DU’s North campus. The men who were on bikes threw water balloons at their privates and called them coronavirus. “They threw balloons at my friend and me. We had a male friend with us but they threw the balloons only at us, aiming at our private parts. They saw that I had Mongoloid features after I took off my pollution mask. After that they screamed, ‘Aye, coronavirus!’ I was too shocked to react,” said one of the students who got attacked.

This is wrong on so many levels. They were targeted because they are women and from the north east. Yet, the police took it lightly and told them they should have seen it coming. They told the women that it was “normal as Holi comes closer” and asked them to “carry sticks like women in Delhi and Haryana do”.

The police went ahead and made it a logistics issue. “Your police station is Roop Nagar…You should’ve called them. Not us, beta,” the student quoted the officer.

When they did go to the Roop Nagar police station, they were still not taken seriously. “Their first priority wasn’t to comfort me. They saw my features and asked if I understood Hindi. They assumed my problems on my behalf. They even tried to normalise the issue. I had to stand my ground and tell them over and over about what had happened while emphasising the attacker’s use of the word ‘coronavirus’,” one of the students revealed.

In fact, she found out that the officer she had spoken to earlier had not even submitted her complaint. She wrote a new one and filed an FIR at the Roop Nagar police station. “My friend who was there with me is too overwhelmed to speak,” the student said. “I don’t know if the police will take concrete action on this.”

ALSO READ: A Guide For The Confused And Misogynistic Male To Playing Holi This Year. Because Hum Bura Maante Hai.

This is not a standalone incident and several students spoke up against the racism they have been experiencing with regards to coronavirus. They are being told since they are “chinkys” they must be infected. They are being called coronavirus and it sucks. All of this is highly insensitive but these people think it’s funny. But I think India isn’t new to being insensitive and discriminatory. We need more stringent laws to protect our people and the laidback attitude of the authorities isn’t helping.

ALSO READ: Assam BJP MLA Suman Haripriya Says She Has A Cure For Coronavirus. Researchers Are Smacking Their Head Because They Didn’t Think Of This First