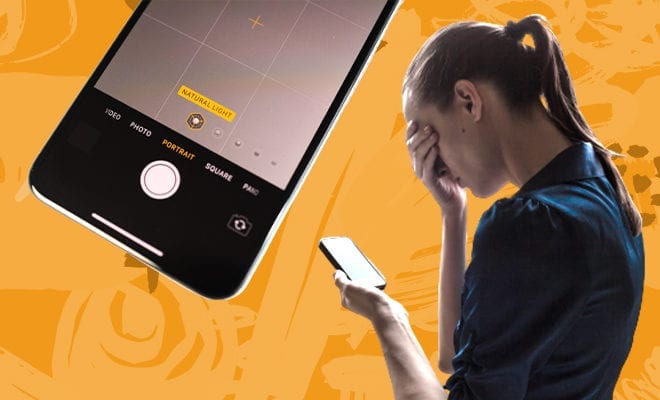 This Woman Caught Her Boyfriend Cheating On Her After He Accidentally Sent Her A Live Photo Instead Of A Normal One.

In whatever little dating experience I have gathered, I can tell you that I have a zero-tolerance policy for cheaters. After all, once a cheater, always a cheater, right? And God forbid there ever comes a day I catch my partner cheating. Which, let me tell you, has become easier since the boom of smartwatches and smartphones. You see, a few months ago, a woman caught her partner cheating on her after his Fitbit gave him away. Yep, technology has made infidelity incredibly tough. It truly is a boon. Recently, a social media influencer claimed that she caught her boyfriend deceiving her through an iPhone feature we use on a practically daily basis.

Serrina Kerrigan, a social media influencer, caught her cheating boyfriend after he sent her a photo that was actually a live photo. For all those who are technologically challenged, the live photo feature on iPhones records what happens 1.5 seconds before and after you take a picture. Even though it looks like a normal photo when you long press on it you can see what happened a second and a half before and after the picture was taken. Pretty cool, huh? Well, it’s what brought down on this man who was caught in bed with another woman because he mistakenly sent a live photo to his girlfriend, Serrina.

Serrina’s boyfriend, now hopefully ex, had sent her a picture of a neatly made bed claiming that he missed her. He didn’t realise that his live photo feature was turned on and so when Serrina long pressed on that photo, she saw a girl jumping on the bed. She posted the picture on TikTok and captioned her video, “When the guy you’re dating says he misses you, but then you click the live photo. Looks like you have some company.”

Also Read: Woman Finds Out Her Boyfriend Is Cheating. His Fitness Band Gave Him Away

Initially though, when she received the relatively normal photo she did not find anything wrong with it. But when she long pressed, it revealed the secret it was holding. Serrina said that the video was not staged and was completely legit. Yikes. Even though I feel horrible for her, I can’t help but admire her attention to detail. Also, I am shocked this hasn’t happened to like a hundred women already. A man leaving the live photos feature on seems like such a rookie mistake.

Anyway, the moral of this story is that next time when you’re indulging in something shady but want to send a picture to prove otherwise please ensure your live photos features is switched off. Or Well, you can just not do anything shady, that’s much easier.

This Woman Divorced Her Husband After Noticing Something Suspicious In A Facebook Picture. He Had It Coming!