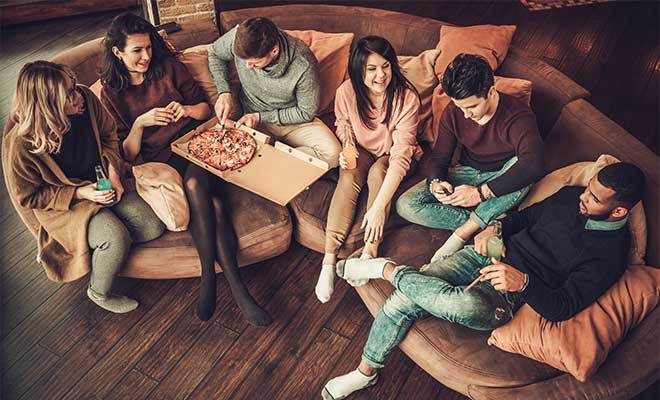 This Top French University Has A Masters Course On Eating, Drinking, And Living. Where Can I Apply?

Okay, as someone who belongs to Gen Z, I will say that if we were to go by how the internet perceives the youth, our only personality traits would be to eat, drink and party. Now as much as I  would like to deny that, with how the past 2 years have gone, this perception isn’t completely wrong. Remember all the times an adult told you, “ye bethe-bethe khaane ke pese koi nahi dega”? Guess what mom? you were wrong… kinda because a French university is literally providing a masters degree for people who love to eat and drink called BMV.

France is so well known for its food that in 2015, UNESCO “gastronomic meal of the French” as part of the “intangible cultural heritage of humanity.” A top French university is providing students with a masters degree in eating and drinking. The course is called  ‘boire, manger, vivre‘ or ‘BMV’ for short. This course is provided by one of the most prestigious political science French universities called Sciences Po Lille.

According to the website of Sciences Po Lille, BMV covers a whole range of topics such as food, drinks, food tech and gastro-diplomacy. The course also teaches students to write essays on topics of lifestyle, food and farming. The students attend conclaves and conferences on food or drinks.

As per sources, lecturer Benoit Lengaign has developed BMV who believes that “Sciences Po is the great school which poses and confronts contemporary issues thanks to the human and social sciences: this century that you will have known from birth carries and drags the intertwined questions of the trio of drinking, eating and living.”

The students played the role of TV journalists, food reviewers etc who quizzed one another about the food and working conditions. Lecturer Lengaign said that the first batch of 15 students enjoyed the course and BMV is a great way to encourage students to preserve the environment and save the world using their profession.

Damn, I don’t know about you guys but this course looks super interesting and intriguing. Given the chance, I would love to learn more about the correlations between how what and with who we eat and drink and how it impacts us and the environment. Catch me trying to get into BMV and on the next (and most affordable) flight to France.

A School In Karnataka Filed A Complaint With CID After It’s Online Zoom Class Was Hacked To Use Obscene Language. This Is Getting Out Of Hand.