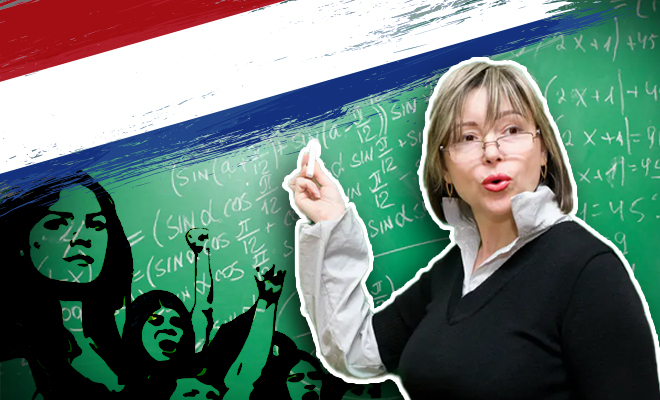 This Dutch University Is Hiring Only Women Professors To Bridge The Gender Gap In The Fields Of STEM. We Think It’s Great

The men to women ratio in STEM fields (Science, Technology, Engineering, and Math) exposes an alarming problem – the underrepresentation of women. History has not been kind to women who wanted to take up STEM professions. The common belief was that only men could excel in them. Now, things have changed. More and more women are pursuing a career in the sciences and they can be just as good, or even better. Still, the scales remain tipped in favour of men due to advantage they’ve always had. Women still have to work twice as hard to prove their worth in STEM fields.

This Dutch university is taking radical measures to solve the problem. As of last year, only 15% of the professors at Eindhoven University of Technology (TUE) were women. In order to increase this percentage, they pledged to hire only women across all academic professions and at all levels until they achieve the target of 30% women professors in every department. For the first six months, new vacancies will be closed for men. The departments may open them after that if they can demonstrate that no qualified women are available for the jobs.

To correct its professor gender imbalance (only 15% are women), Dutch univ @TUeindhoven is hiring *only* women across all academic depts til it reaches 30% women professors. Men can only apply after 6 months if depts demonstrate there's no qualified women.https://t.co/ZeOmFUj4SI

TUE has also introduced introduced the Irène Curie fellowship. The main goal of this fellowship is to fill senior STEM roles, and it includes a €100,000 research fund and social support network.

It was through this scheme that Alexia Athanasopoulou became an assistant professor in information systems at the university. “People have asked me: ‘you’re a girl, why are you doing this?’” she said. “The ratio of men to women in my engineering department was very high, and this had consequences for the working culture.”

Naturally, the university’s bold move was heavily debated. According to Robert Jan-Smits, president of TUE’s board of governors, approximately one third of the staff was against it. “But without this radical measure, we would have only arrived at a 50% gender balance by 2042 – we just did not want to wait that long,” he said. “Disruptive measures only work when there is a strong commitment at the top, from leadership.”

TUE’s new approach has been working, and they’ve already seen excellent results. The proportion of female staff has risen from 15% to 25% in the past year. The plan is to take it to 30% in the next five years.

Of course, there always those who cry discrimination when their position of privilege is threatened by equality. TUE was taken to the Netherlands Institute for Human Rights and claims were made that their initiative to hire only women was discriminatory. This just goes to say that our society still does not have an in depth understanding of how patriarchal systems have snatched opportunities away from women. In the face of institutionalised sexism, ‘positive discrimination’ is necessary to make things right. We hope this inspires universities around the world to do the same for its underrepresented groups.