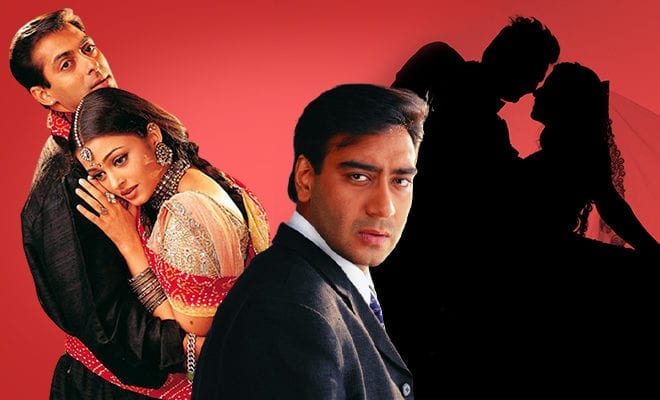 This Bihar Man Helped His Wife Get Married To Her Lover. It’s Like Hum Dil De Chuke Sanam In Real Life!

How many of you’ll have watched Hum Dil De Chuke Sanam? It was one of my favourite movies as a child. But as I grew older, the plot started making lesser and lesser sense. Or maybe I just could not relate. Why would you help your spouse be with their boyfriend or girlfriend? That’s painful. Why not just get divorced and live the way you’ll want to? However, until today I never gave it that much thought because I thought it was merely an inane movie plot. But I just read about a man from Bihar who actually helped his wife to marry her lover. Ajay Devgn, is that you?

Seven years ago, Sapna Kumari got married to Uttam Mandal in Bihar. They had a happy marriage until a relative of Uttam, Raju Kumar, met Sapna and they fell in love. Of course, initially, Uttam wasn’t too happy about his wife being in love with someone else. Hence, the couple fought a lot. Over the years, Sapna and Uttam had two children together. But she could not deny her love for Raju Kumar.

It was reported Uttam had tears in his eyes on watching them marry.https://t.co/eKDgoOjHFO

Sapna’s parents and in-laws tried to convince her to stay with Uttam and not break the family. But all their efforts were in vain. According to reports, eventually, Uttam agreed to his wife’s affair with Raju. He decided to do all that he can to help them get married. It was Uttam who got his wife married to Raju at a Durga temple in Sutanganj, Bihar, in the presence of all their family members. It doesn’t end there. When the newlywed couple took blessings from Uttam, he told them that their match was made in heaven.

This is a bizarre incident. Although it’s kind of sweet that Uttam helped his wife be with her one true love and even blessed their union. We talk about a lot of nasty domestic abuse incidents and even murder at the hands of scorned husbands with bruised egos. But this Hum Dil De Chuke Sanam inspired one was a refreshing change.

Man Writes Love Messages For His Girlfriend On The Main Road Of Their Village For 2.5 Km

GET HAUTERFLY IN YOUR INBOX!
Related ItemsFeaturedTrendingBiharhum dil de chuke sanamextra marital affairBihar man gets his wife married to lover