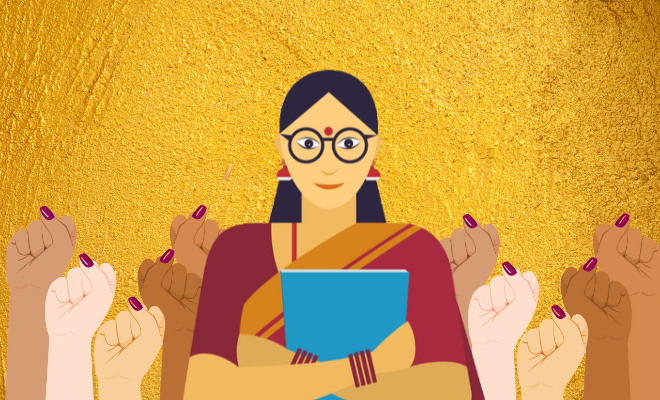 There Will Be 11 Chairs In Science Institutes Across The Country Named After 11 Women Scientists. We Love Everything About This

There was a time, and some would say it still is like that in a few places, when women would ruffle feathers, challenge the powers that be and surely and definitively, these women would be asked to not push boundaries because it makes everyone uncomfortable. Almost as if the world knew that if and when women will join the race and run against their male counterparts, they would possibly excel and prove how gender has all but been an excuse to stop women from actualising their full potential. But things are changing with people actually acknowledging and appreciating them us for our many achievements and we think that times may finally be changing, and for the better.

We say this after Smriti Irani, The Women and Child Development Minister announced earlier this Friday on Twitter, how the ministry will be seen establishing 11 chairs named after renowned women scientists in institutes spread across the country to honour their contribution in the field of science. And honestly, apart from the fact that this was long due, we are glad that the government at least thought of making this gesture in the first place.

A decision that was taken on the occasion of National Science Day, that fell on February 28, Irani took to Twitter and wrote, “Under PM @narendramodi Ji’s leadership, we’re committed to recognize & encourage Indian women in the field of science.” She then continued in another tweet as she wrote, “Inspired by PM @narendramodi Ji’s vision of Women-led Development, these 11 Chairs will not only honour & recognize Indian women scientists’ contribution to the field of Science but also inspire women & encourage greater participation of young girls in STEM.”

On National Science Day, @MinistryWCD is pleased to announce Establishment of 11 Chairs in the names of Indian Women Scientists at Institutes across the country. Under PM @narendramodi Ji's leadership, we're committed to recognize & encourage Indian women in the field of science. pic.twitter.com/XY4Ys7niSO

All of whom have carved for themselves a place in history as much as a place in our hearts, for making us oh so proud and inspiring us. We need to look away from Bollywood and look at these women who serve as a shining example we could all look up to and learn from, when it comes to breaking past barriers.

Smriti Irani also shared the names of the institutes that would see the establishment of such chairs. From a chair being set up in the institutes under the Indian Council of Agriculture Research (ICAR) to many being established in the social sciences institutes, all to honour the work and achievements made by these iconic women.

So What Does A Chair Do?

Unlike what you think it might be, you know, a seat in the name of the woman, a Chair is like a panel or a committee. A release about this move said that the Chair would be responsible to “engage in research and contribute to the advancement of knowledge in the area of the study, strengthen the university’s role and academics in public policy making, and to design and execute short-term capacity-building programmes for teachers in higher education focused towards the designated discipline of the Chair.”

The cost of setting up a Chair can go up to 50 lakhs per chair per year with a maximum total budget of Rs 5 crores per annum.

Also Read : Surrogacy Bill 2020 Allows Any Willing Woman To Be A Surrogate And To All Women, Irrespective Of Their Status. We Love This