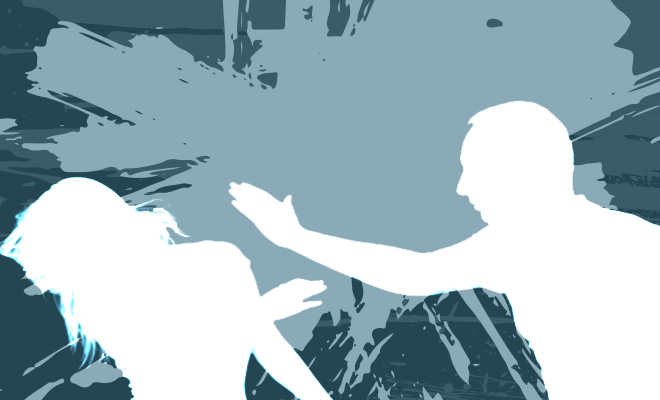 The Number Of Cases Of Domestic Violence Have Increased During Lockdown. The NCW Is Taking Initiatives To Fight It. But Is It Enough?

This is a global pandemic. It doesn’t see gender or race, it affects everyone equally. Or that’s what you are being told, right? That’s not true. Coronavirus means that we are all locked in our homes and while it seems like more family time, it has also meant that women are bearing the brunt of the men’s frustration. The lockdown has seen the rise of another serious issue at hand, that of domestic violence, which as might as well be given the title of a ‘shadow pandemic.’

In a twisted version of a kind of a cause and effect situation, right around the time when the people all across the world were sent into self-isolation and quarantine at their own houses to steer clear of a nightmarish virus, many women and children didn’t know that they’d be equally vulnerable inside their very homes during this time. Studies from UN have shown that helplines for domestic violence are ringing off the hook and having increased substantially by 30-40% in the recent months. Yet again, women and young children have found themselves becoming collateral damage.

Not like the number of cases of domestic abuse reported earlier were any less before, but as women have been forced to spend more time than usual at home, in a confined space and with the very people who disrespect and abuse them, it has become a question for survival for them now. And considering, there are lesser people on streets now, mediums for even formal  and mental healthcare are limited and restricted due to the covid-19 guidelines and rules, victims feel rather under-confident in standing up and seeking help.

Abusive men are using coronavirus as an "excuse" for domestic violence, campaigners warn as horrifying new figures reveal men are killing women and girls at a rate of almost one a day since lockdown began. #DomesticAbuse #DomesticViolence @CountDeadWomen https://t.co/sz1FDYFk4f

Also Read : Domestic Abuse Cases Increase In India As Women Are Being Beaten Up By Their Frustrated Husbands In This Lockdown. Women Are Not Punching Bags, This Has To Stop.

And with the rise in these numbers creating a much needed concern, The National Commission for Women is now takings steps to correct the course. In an interview with the NCW Chief, Rekha Sharma, as she was asked about the kind of increase that has been witnessed since the lockdown was imposed, she said, “From the comparison, there’s an increase of 94% in complaint cases in total including domestic violence. The nature-wise complaint received on Rape/Attempt to Rape is 11 after lockdown. Domestic violence complaints received before lockdown from 27th Feb to 22nd March is 123 and after lockdown from 23rd March to 16th April is 199, and after adding the complaints received on the WhatsApp helpline number is 40. So the number is 123 versus 239. This is how we saw approx. 94% increase. ”

Upon being asked about the kind of initiatives that would be taken to address this grave situation for the victims, Rekha said, ” The situation around pandemic lockdown is difficult times for women living in abusive relationships as one can only imagine the circumstances faced by the survivors under these lockdown circumstances. It is unfortunate, but they don’t need to suffer, and we would like to help them in every possible way we can. That’s why we felt that the WhatsApp messaging initiative was needed. Besides all our other means of communication (emails, online portal, social media) are functional, except for postal and phone calls which are not in place because of the lockdown as of now. ”

Despite the measures, the numbers haven’t seen a decrease but there is a hope that with a constant talk about it, people and more over, those being subjected to such injustice would gather the courage to speak up and report the cases. It is time we don’t let women and children face the brunt of this lockdown, by being proactive and vigilant about domestic abuse and raising a voice against it.

Also Read : Bollywood Celebrities Urge People To Stand Up Against Domestic Violence During This Lockdown. We Think It Is About Time.