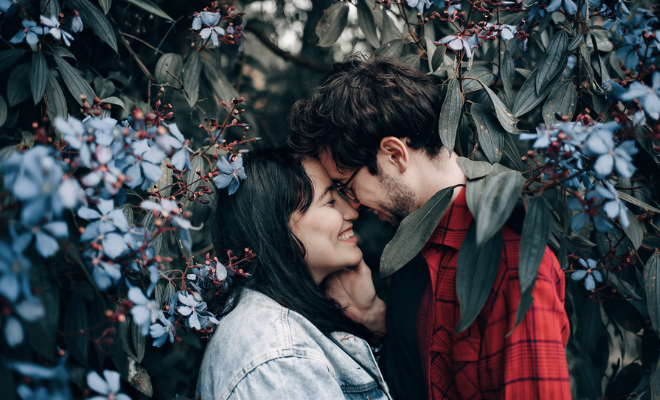 Study Proves That ‘Love At First Sight’ Is Real For Men, Says Men Overestimate Woman’s Beauty, Women Do The Opposite

Love is a beautiful feeling but it has a lot to do with looks, beauty and attractiveness especially when it comes to the concept of ‘love at first sight’. Television shows and movies have all made us believe in love at first sight. Boy meets girl and falls in love at the first sight. Come to think of it, we rarely see women falling for men at the first sight (in the movies), hai na? What if I told you that this is actually true in real life as well? Well, it is. Research conducted by experts led by Australia’s Murdoch University has revealed that the concept of ‘love at first sight’ is true but only for men and not for women.

According to the researcher, which has been published in the Journal of Evolution and Human Behaviour, ‘love at first sight’ is true for men due to perception bias. The researchers asked 400 volunteers to look at a blurry image of people of the opposite sex and rate their attractiveness and then rate them again after looking at a clear image of the same people. The result of this study revealed that men tend to overestimate the attractiveness and looks of a woman when they simply catch a glimpse of her but it does not work the same way for women. Women, on an average, tend to underestimate the attractiveness of men in the same case.

The pictures shown to the people were randomised by the researchers. The participants of the study were sometimes shown blurry images and the other times clear ones. This was done to isolate the effects of uncertainty which was experienced by people only when blurred images were shown first. Explaining the concept of love at first sight and perception bias, the researchers shared that men are biased in the perception of unattractive women and women exhibit a basis in the perception of attractive men.

The team of researchers said that people tend to make errors in judgement when they have to make ‘inferences’ about the desirability of a potential partner but have ‘incomplete information’. They also said, “This is an important finding, but broad quantitative effects such as these cannot discriminate between multiple candidate decision rules, because multiple different algorithms are capable of producing the same outcome.” Explaining the concept further, the team added that had they not directed ‘explicit attention’ to the algorithm, the features of these biases would have remained unknown. The researchers also believe that while the study had proven the concept of ‘first-impression bias’ and ‘love at first sight’ more study and analysis is needed to understand the reason behind the existence of the bias in the first place.

Also Read: This Is How Much Time Your Zodiac Sign Takes To Fall In Love With Someone

Well, I guess men do fall in love at first sight. If only my crush could fall for me!

8 Most Googled Questions About Sex And Sexual Health, Answered