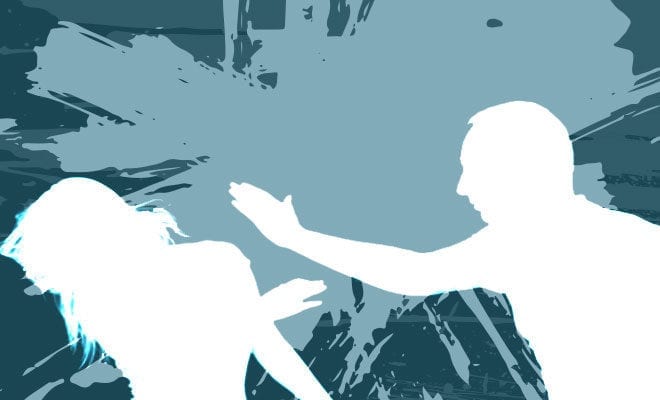 When the #MeToo wave swept India, there were several counter arguments, the worst of which wasn’t the #NotAllMen one. It was, in fact, the one where people questioned why these women, who were okay talking about their encounters on social media, wouldn’t just walk into a police station and file and FIR against their abuser or rapist. Many women tried to explain exactly why they didn’t, but if only the world listened, like really listened to women, it would be a better place. So here we go again, explaining in explicit ways why women don’t want to come forward about the crimes against them, not because they think it’s too much work or they don’t feel like it, or they’re lying. But because our country’s law enforcement system is so pathetically rigged against them. And this Twitter thread by a journalist about her experience of trying to file a domestic violence complaint with the Delhi Police is proof.

On Sunday, journalist Harinder Baweja tweeted about the ordeal faced by her friends and her, as they tried to help a friend file a domestic violence complaint against the latter’s husband. According to her tweets, they were a group of six people, five of whom were women, who walked into the Defence Colony police station in Delhi to lodge the complaint. However, according to Baweja the cops tried to dismiss the matter by justifying the abusive husband’s behaviour as ‘normal’ due to him being a 60-year-old alcoholic’. What’s more, the cops also apparently lectured these women with statistics to suggest that what the husband did—throwing food out of the window, threatening his wife, and so on—is a very common complaint made by Delhi women, as compared to women from rural areas.

Here’s the thread in its entirety, so you can read for yourself. TW: I suggest heavy breathing as an accompaniment to keep yourself calm, because this might just trigger rage.

@DelhiPolice tried its best to not write the FIR. We were a group of 6, five of who were women. The cops openly sided with the alcoholic husband and told us, ‘he is 63, a senior citizen’. It didn’t matter to them that five women were pleading, saying they want an FIR

Imagine going to a police station to file a complaint and the cops telling you, “No blood, no foul”. Something exactly like this happened with these women as well, as Baweja narrates.

The experience was a nightmare. The husband had thrown food out of the kitchen balcony and openly threatened his wife. We were witnesses. I requested a cop to take a pic of the wasted food and his retort, ‘is it a pool of blood? Koi murder thodi hua heh’

One of the most shocking turns in this scenario was when the Delhi police brought in a cancer angle. Basically, since the 60-year-old senior husband has cancer, all his problematic behaviour and threats of domestic violence ought to be forgotten and dismissed. What even?

@DelhiPolice had bought into the ‘cancer’ story. The husband kept shouting, ‘you’ll are done for’ and ‘I’ll fix you’ll’ in front of the ‘dil ki police’ but they kept trying to resolve the issue

Alcoholism is a disease. It takes years of rehab, provided you’re willing to be treated. What do you do when the person openly threatens the wife? @DelhiPolice is clearly reluctant to deal with it. It took us several hours to lodge an FIR.

Just when you thought this entire conversation couldn’t have gotten any worse, comes this tweet, where the cops easily dismissed a legit threat to the complainant’s life. Isn’t the whole point of a preemptive complaint to mitigate threats of domestic violence against women?

There comes a point when you say enough is enough. When your safety and sanity are both at stake. We kept trying to tell @DelhiPolice that we fear a threat to her life. They wanted to wash their hands off the case. What if he comes home and gets violent? ‘Call 100, they said

Putting it out here, openly. If any harm comes the way of the wife or her family (she lost her father to Covid in the second wave) the blame will lie squarely with @DelhiPolice. There was a lady cop at the PS but empathetic? Of course not

Even after all this, when the cops brought he husband from his home to the police station, Baweja claims that they tried to resolve the matter instead of filing the FIR.

The cops came to the house and took the husband to the police station but tried to get us to resolve. Took hours for them to understand that our resolve was clear: we were not leaving without an FIR. Waiting to see what @DelhiPolice does next

This entire ordeal went on for hours. Hours. Just to file a police complaint against a husband who allegedly threatened her with harm in front of eye witnesses. One of the worst things about violence against women is that more often than not, the only witness to the crime is the victim herself. And the onus lies on her to prove that a crime has been committed on her person. In this case, there wasn’t blood drawn just yet, but there were eye witnesses ready to testify against the abusive husband! Then why the delay in lodging an FIR?

Who takes responsibility if something were to happen to the wife if she went back home to this man and couldn’t get to the phone in time to “Dial 100”?

As Baweja reported, the complainant’s in-laws are on her side, which means they seem to be aware that their son is abusive toward his wife. And it looks like they’re taking him in to keep him away from her. But not every woman gets this kind of a support from her husband’s family when she is seeking police action against their son! Imagine how hard it must be for them!

Luckily for many women, social media has proven helpful in highlighting any injustice that might be happening to them. Harinder Baweja, being a journalist with a verified Twitter account, was able to share this story with the Twitter community, who were equally outraged over such negligence. The proper amplification of this reached the top rungs of Delhi Police, and prompted them to take some remedial action. While at first, the Delhi Police tried to justify their actions by calling it “per procedure”, eventually the official Twitter handle for the Additional DCP of South Delhi tweeted to Baweja that an internal inquiry would be conducted in the matter.

Wow. The Defence Colony police station called my friend after seeing this thread, saying they were trying to help as per proceedure. Are moral lectures part of proceedure @DelhiPolice ? How shameful and distressing

Six witnesses. Each of us happy to testify https://t.co/S0Xvo0g9Fv

It is pathetic that women have to go to such great lengths to fight for their right to safety, and make a public statement about it to grab attention so that something can be done about it. A reminder that it is not possible for every woman to access the power of the Internet and social media or movements like #MeToo to make their voice heard. It ought to be the duty of the law enforcement at every tier to make the process of lodging a basic FIR, even if preemptive, against domestic violence a tactful and easy one, which does not hurt the dignity of the victim or cause her further trauma.

Here’s hoping Delhi Police is taking corrective action against this.