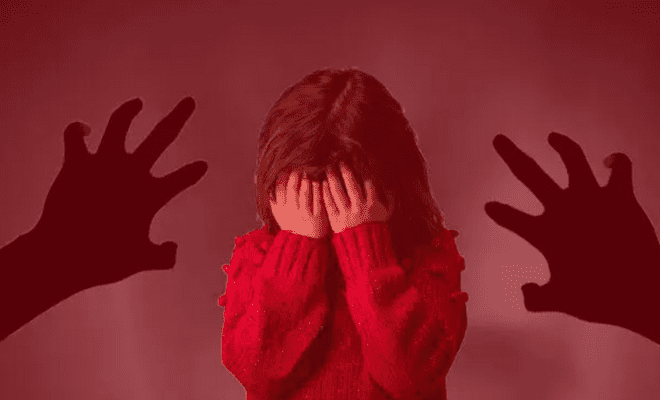 In Bhopal, School Bus Driver Rapes A Minor, Woman Helper Helps Him To Cover Up The Crime. Humanity Has Died!

You know, I have noticed that a lot of people like to discuss women’s safety but still, the crime rate is increasing with each passing day. And to state that this world is getting more dangerous for women and children is to state the obvious. If you don’t want to believe me, then you should read this child sexual abuse case where a woman helped the accused to cover up the crime. In Bhopal, a school bus driver allegedly raped a nursery student and a woman helper helped him to cover up the crime. It is clear that humanity has died!

A school bus driver allegedly sexually assaulted a three-and-half-year-old nursery student inside the bus. A woman helper, who was reportedly present there, tried to cover up the crime. The incident came to light when the mother of the survivor saw marks on her body. The minor girl told her about the whole incident after she asked her about the marks. But when the family approached the school management, they denied all the allegations.

Also Read: Self-Proclaimed Godman Sexually Exploits Minor Girl, Claims God Sent Her On Earth For Him. Such Men Are A Curse To This Planet!

After this, the family informed the police about this incident. The police arrested the accused school bus driver under the Protection of Children from Sexual Offences (POCSO) Act and a rape case was also lodged against him. The woman who helped him hide the crime was also arrested.

According to the reports, Narottam Mishra -Home Minster of Madhya Pradesh said that both the accused have been arrested. He added that the school authorities will be questioned because they also tried to hide the crime and if they are found guilty, strict action will be taken against them.

Also Read: Two Men Gang Rape Minor Dalit Girl And Set Her On Fire In Uttar Pradesh. This Is Horrifying!

We hope that the culprits get punished severely for this horrible crime.