Sania Mirza Withdraws From US Open, Says “It Will Change My Retirement Plans” 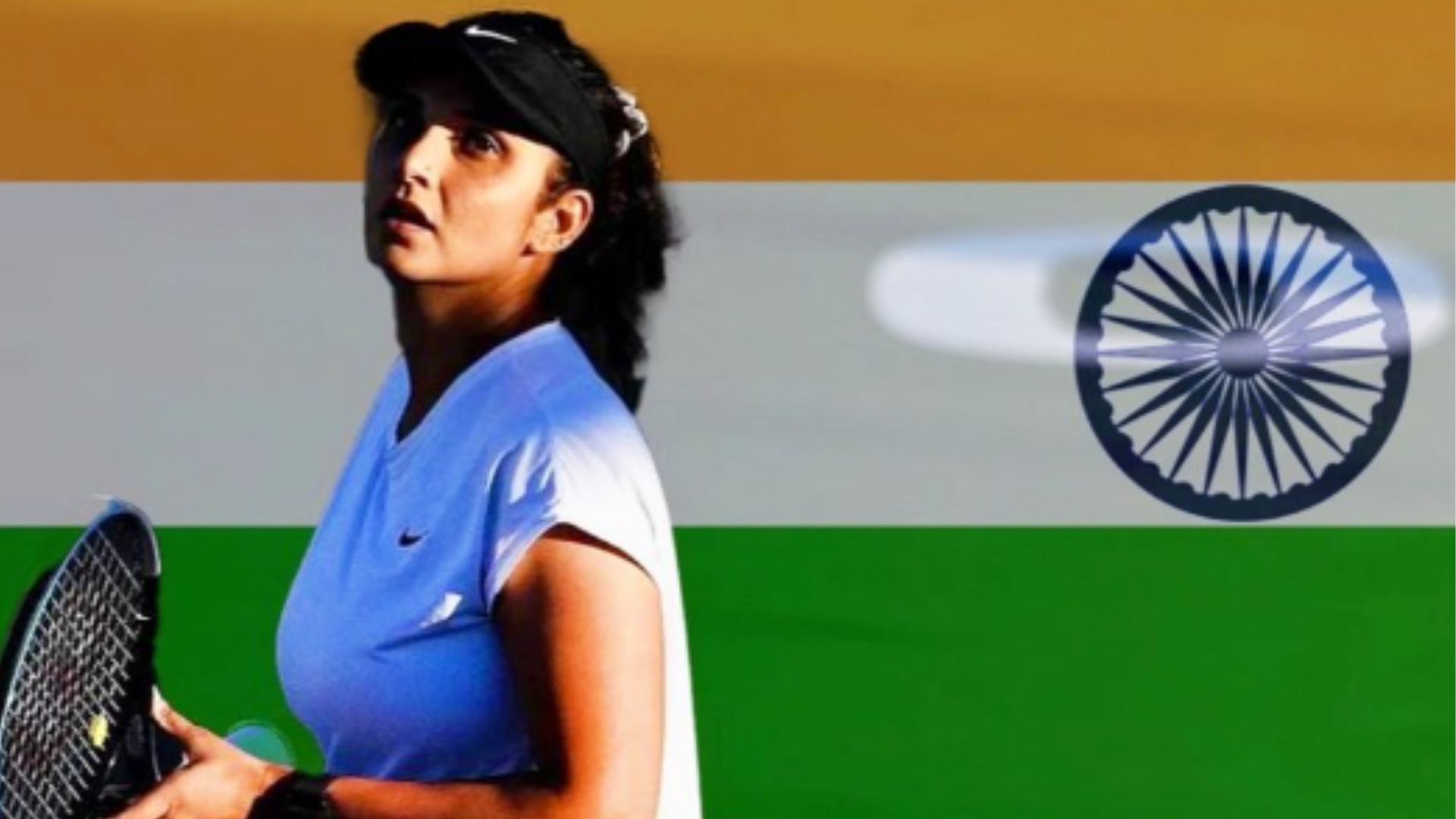 There are many decisions in life that you are just not ready to take but have to make a firm call because it is what the moment demands. Also, such decisions come in front of you when you were least expecting them. A similar situation has occurred for our tennis star Sania Mirza and she has finally made the decision which she shared on her social media handle. Sadly, the tennis star will not be seen in the upcoming US Open, and Sania in her announcement post has given a statement as to what made her take this decision.

Sania Mirza has made the country proud on many occasions. She holds six grand slam titles and four wins at Wimbledon. Sania Mirza also participated in the Cincinnati Open last week and reached the semi-finals of the women’s double. However, she will not be seen in the US Open that starts on August 29, Monday.

On August 23, Sania Mirza took to her social media handle and wrote a heartfelt note for her fans and followers. In the announcement post, Sania firstly starts by writing that she has quick news for everyone which is not great. She then further says that while playing in Canada, she had hurt her elbow/forearm. However, she only got to know about the injury after she got a scan, in which she discovered a tear in her tendon. Stating this as the main reason, Sania then went on write that she will not be able to participate in the US open. She also acknowledges that the timing is really bad and it also might change her retirement plans. 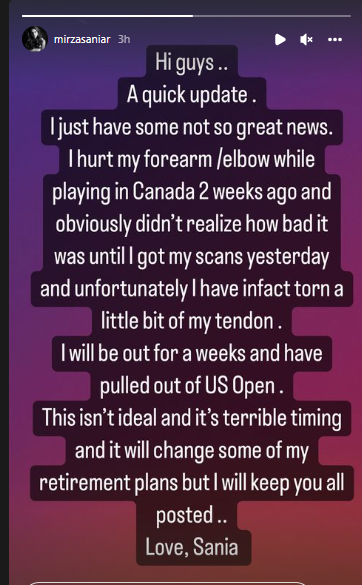 Also Read: Sania Mirza’s Father Says They Wanted To Tell The World That A Woman Can Have Big Sports Career Even After Childbirth

This definitely is sad news for Sania’s fans and followers, however, if our champ feels not fit enough to perform, we should welcome her decision with open arms. Also, hoping she is back on the playing field soon!