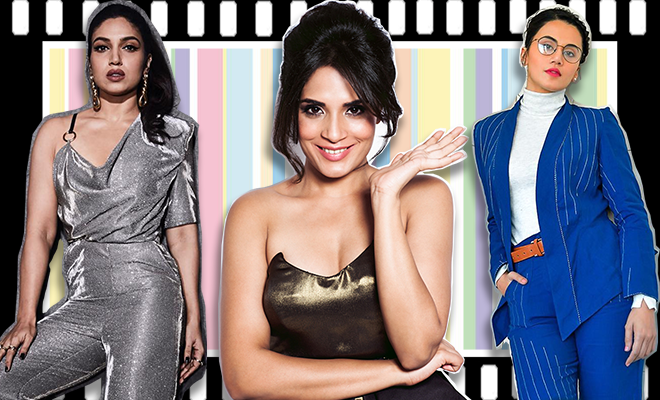 Bollywood has always enticed me. Watching different characters come to life, and seeing fiction being played out so seamlessly, I’ve always been attracted to its power of make believe. Like the time when Amitabh Bachchan played the role of a kid in Paa at the age of 67, or when Ranveer Singh played the role of Alauddin Khilji in Padmaavat and convinced us with his acting to the point, that we felt scared of him in the Khali Bali song. Similarly, when the news about Taapsee Pannu and Bhumi Pednekar playing older roles in their upcoming movie came about, we were thrilled to see yet another Bollywood makeover.

Up till this point, most of the age-debunking roles that we’d seen were by male actors. But seems like Bollywood is catching onto a different trend, of having a vision and faith in actresses as well, to take up challenging roles, regardless of the age bracket they fall in. This after Bhumi Pednekar and Taapsee Pannu were cast in the lead roles for the movie, Saand ki Aankh. Depicting the life of one of the most oldest sharpshooters, Chandro and Prakashi Tomar, the actresses were cast for roles that went beyond their own ages in decades.

Richa Chadha, who herself has played the role of a mother to actors older than her on-screen, went ahead to show her appreciation for the two actresses by saying, “I feel happy that today actresses are able to take on more diverse and challenging parts. I think it is fantastic because really, the age of actors is here, the age of good content is here. The fact that there are actresses like Taapsee and Bhumi who are now playing older characters on-screen is pretty remarkable,” in an interview with IANS.

She further went on to say, “Let’s not go into whether they were the right cast, because there was some debate about casting older actresses, but I am sure the filmmaker has a certain vision in mind for casting these two girls in Saand Ki Aankh. So I feel happy when actresses take chances with their reel life depiction. They are doing roles that are not considered glamorous in a conventional sense. Everyone has done it… From Deepika Padukone to Alia Bhatt, and I think it’s a great phase for actresses in the industry,” and we could relate to what she was trying to imply.

Acting, by nature, is about taking up roles that are not just close to who you are, but what it is that you can do. And with such interesting casting, there is always a scope for young actresses surprising us with their potential.

When asked about what Richa felt like taking up an older role in Wasseypur, she shared,” “I was playing a mother to people who are much older on-screen… I thought I made a mistake because even when I was shooting for Gangs of Wasseypur, people started calling me with weird requests of casting, and I thought I would get stereotyped and my career would get finished.” Of course that is not what happened, but the concern was genuine, considering the industry has been quick to stereotype in the past as well. But it’s refreshing to see that roles that are not run-of-the-mill are being thought of,  keeping in mind more than the conventional approach. We can’t wait to see this film hit the screens and find out how the actresses deliver on this one!