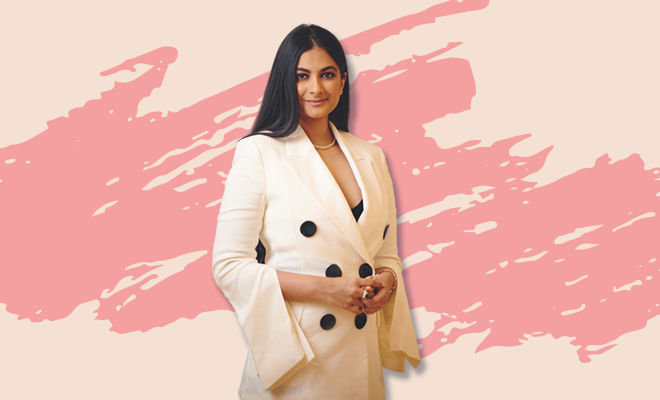 Rhea Kapoor Gives Us Some Insight About What It’s Like To Be A Woman Producer In Bollywood. It Is Still A Boy’s Club

Here’s the thing – for far too long people have been uncomfortable with women who are in leadership positions. Maybe it’s because of the rigid patriarchy we have in place that people don’t take too well to women giving them orders or suggestions. Or maybe it’s their utter lack of brains. For years women haven’t gotten their dues or been able to live up to their fullest capabilities because men can’t handle working under a woman.

Although, all that is slowly and steadily coming to an end. People are finally coming around to the idea that women might just be as good at their jobs as men are. But that doesn’t mean ambitious women who are in authority positions aren’t hammered with sexist behaviour and gender biases in every single industry. But today we are just going to talk about the industry that is seemingly one of the most testosterone-fuelled places to work- Bollywood.

If you thought that women who work in our entertainment industry aren’t subjected to sexism, then you live in a parallel universe. I am not talking about the actresses because well, the plight of actresses is a well-known fact. I am talking about power positions that can make a huge difference in let’s say budgeting for a commercial movie or how it’s presented. I have always wondered how women who work behind the curtains of some of our favourite movies are perceived and treated.

Also Read: The Masaba Gupta And Rhea Kapoor Collab Is Inspired By Their Moms And Celebrates Curvier Bodies. We Love That

Today, I finally have an answer. Rhea Kapoor, producer of many films like Veere Di Wedding and Aisha was recently on Kareena Kapoor’s Radio show Dabur Amla What Women Want. She spoke about a multitude of things including what it is like to be a woman producer and I have to say, I was a little taken aback.

To begin with, she was asked what some of the challenges were that women producers faced since there are so many more men in the field than women. To that, she said, “You know it’s really funny, but I think that in general, positions of authority are difficult for women to sort of… I mean, women are very good at taking responsibility. But I think the way people react to women and authority is a challenge. So, it’s a lot more challenging for a woman to take the producers mantle and say you know what, I am taking responsibility for this and you are all going to take me seriously. And you, need to prove yourself over and over again. So, it’s a male dominated industry.”

She further added “I think a lot of women deal with this kind of bias. So, when I started to work, I was faced with a lot of patronizing attitudes. I was faced with a lot of that, she is here only to play film-film you know, she is not serious about it. Or that, I was stupid or that I didn’t know what I was talking about or whatever. And if I faced that as Anil Kapoor’s daughter, I can’t imagine what other women go through.”

The #Metoo allegations and the horrifying casting couch incidents that have come to light have proved that Bollywood might not be such a woman-friendly place to work. But I always thought that it might be slightly better than the corporate world. But sadly, I was highly mistaken because as it turns out, similar to an MNC, even Bollywood can’t handle a woman in the boardroom.

Also Read: Screenwriter Kanika Dhillion Speaks About The Rampant Sexism In Bollywood, Rape Culture And How She Almost Quit.

Rhea was then asked by Kareena if there was ever such an incident where a crew member on set didn’t follow her instructions because she was a woman.

To that Rhea replied saying, “You know what I have realized is that people on set, crew members who actually work on set whether it’s people who work in lights or gaffers or what actually they’re just interested only in their jobs. So, they aren’t disrespectful.” She further added “But I realized a lot of sexism and attitude really comes in the boardroom. You know, a lot of attitude comes in when you are making those big money decisions. It comes in when dealing with actors, especially male actors. It comes when dealing with managers and agents and things like that.”

She continued “I think that if I was a big actor’s son or a big producer’s son like Adi Chopra, of course, he has achieved a lot. And like Karan is and of course, he has achieved a lot, but they were all beginning at one point. I don’t want to minimize what they went through but, I get a sense I don’t know what it is, maybe generations of sexism. But I get a sense that they were taken a little seriously at face value.”

She ended her reply by saying that eventually it Ekta Kapoor who changed the game. In the sense that she was the one female producer that got everyone to take her seriously.

We rarely get to hear stories like these from young women who are currently working in the industry. Rhea Kapoor has said some extremely powerful and real things about the everyday challenges that women face in every industry but especially in Bollywood.

All we can hope is that this sexist behaviour and all the preconceived notions that people have about women, because of which we have to work four times as hard as compared to our male counterparts, comes to an end soon.