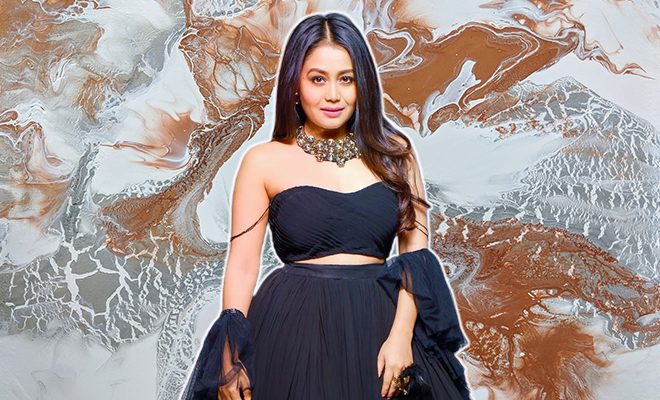 Neha Kakkar Slams Gaurav Gera And Kiku Sharda For Body-Shaming Her During A Comic Sketch. They Stooped Too Low In The Name Of Humour!

One of the first things that I learnt while stepping into the field of writing, was to how one needs to balance the art of what to say and how best to say it, without hurting anyone’s sentiments. And while, at times it is our very job to write pieces that are directed at being hard-hitting, the other times we are always taught to be wary with how we wield our words. Just how it is with most of the creative fields out there, because our nature of work lands us on the very line between professional and personal, making it all the more important for us to tread it carefully. Something, that perhaps didn’t occur to comedians Gaurav Gera and Kiku Sharda, as they crossed over their lines of comedy, while going too far in roasting singer Neha Kakkar.

Known to crack many people up with their hilarious acts and comic sketches, Gaurav Gera and Kiku Sharda were performing one such act involving a spoof of the famous singer Neha Kakkar, when in the name of comedy, their punches didn’t land the way they were supposed to. Coming off as rather insensitive and distasteful, their latest act that had them imitating Neha Kakkar as ‘Neha Shakkar’ on the Kapil Sharma Show on television. But what really rubbed the singer the wrong way was the comedians taking unsolicited digs at her body type and face.

During their act, they were seen addressing her as ‘chota sa bluetooth speaker’ taking a snide at her height and using lines like, “Is bhondi si shakal ke saath jab tum mic ke saamne jaati ho to mic muh nahi pher leta hai? (How do you go in front of the mic with such a face? Doesn’t the mic turn away?)” Visibly taking unpleasant digs at her height, her face and crossing over to body shaming, nothing about that act was funny and Neha wasn’t going to sit and take it.

Also Read : Rakul Preet Said She Was Shamed For Having A ‘Generic’ Face During Her Early Days In The Industry. What Even?

The young singer took to Instagram to call out their shallow attempt at humour by shaming someone’s appearance. She wrote a compelling message for them that put forth her point in the best possible way. She wrote, “Shame on these people to create such a NEGATIVE and insulting content! My people know how much I appreciate comedy on me and otherwise but this one is Ridiculous!!! Stop using my name, Stop enjoying, dancing and acting on my songs if you hate me so much. Thankless people. Itna zyada enjoy karte ho mere songs pe (You enjoy my songs so much), you have such good times, you’ve partied so hard on my songs, you’ve made you GF BF hear my love songs, uske baad bhi itna bura likhte hue ho mere liye? Sharam nahin aati? (Yet, you wrote such bad things about me? Aren’t you ashamed?) We should be thankful to the people jinke wajah se hum khush hote hain otherwise aaj kal khusiyaan kitni mushkil se milti hain (It is rare to find people who make us happy).”

Being in the entertainment industry, of course it is advised to learn to appreciate light and harmless humor, but this was neither of those things. It was insulting, demeaning and a clear attempt at body shaming the singer for her short height, and no wonder she decided to speak up against it.

Her brother, Tony Kakkar also followed suit and supported Neha by sharing Gaurav’s video and writing, “This is how you respect a small town girl who achieved everything on her own with so much struggle in life. Being a short girl My sister has already suffered a lot. Do you understand what a person goes through when you make fun about her/his body size or shape. Will you ever stop making fun of what god has made us ? Not just that you are talking rubbish about her talent too. Aren’t you damaging her career by saying all that wrong things about her talent ? Those who don’t understand music much would believe you easily coz you are a big national tv Channel. Fact is nobody becomes number 1 just by fluke and that too of a country which has a population of 1.3 billion #nehakakkar.”

Later on, the singer simmered down after having made her point and wrote to her fans how it’s time to not hold it against anyone and forgive and forget. A decision, that we appreciate her for taking, as did her fans. However, we are glad that Neha was quick to stand up and call them out for going too far in the name of making people laugh, because it is important to remind people how certain things are off limits, a woman’s appearance, her body for one. We need to learn to respect women and everything that they stand for. More power to you Neha!

Also Read : Dear Akshay Kumar, You Did Fat Shame Sonakshi Sinha. And We Don’t Need To Brush This Under The Carpet